Going into Cruella – the comedy about the memorable villainess in the charming 101 Dalmatians – you wonder who exactly it’s aiming at.

Certainly not dog-lovers, and I doubt if the tiny tots would be gripped by the trials and tribulations of a ruthless, would-be fashion designer. 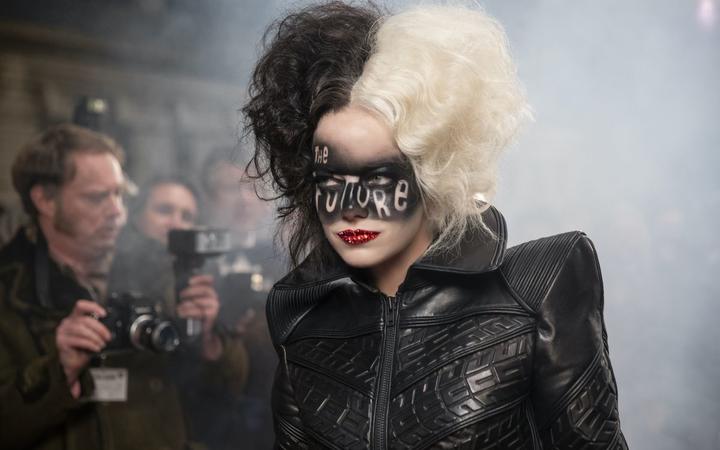 The track record of the various writers is hardly standard family fare either – between them they wrote films like The Devil Wears Prada, Crazy Ex-Girlfriend, 50 Shades of Grey and – a sop to Disney fans – Saving Mr Banks.

But it also plays fair with fans of the original 1962 animated film, and even the Dodie Smith novel.

Dotted throughout Cruella are nods and winks to the source material, including regular appearances by Dalmatians.

We open on schoolgirl Estella, whose hair – half black, half white – is an indication of her character.

When things go well, she’s adorable Estella, but cross her, and out comes the dreaded “Cruella”.

Tragedy strikes her early when her mother is killed – as I say, possibly not for the tinier tots – and Estella runs off to London. There she meets two lovable street urchins.

Jasper grows up to be played by Joel Fry while Horace is Paul Walter Hauser – one of the few Americans to get the Cockney accent note-perfect. Sorry Dick Van Dyke.

And playing Estella is Emma Stone, so often the girl next door, but whose Oscar-nominated turn in The Favourite has opened her up to a far wider range.

Estella gets a job in the workshop of evil clothes designer The Baroness.

The battle is joined between Estella and her employer, who makes a point of claiming all the credit for anything her underlings come up with.

And - as we hinted before - don’t make Estella angry.  She already bears a grudge – it turns out that she and the Baroness have crossed paths before – and she’s about to get even by setting up a rival business.

Heavily disguised, she launches her new career – and name – at an important lunch of the Baroness’s new line.

So how far will the newly-named Cruella go to get revenge?

Along the way there are regular pop-ups of familiar characters and themes – Jasper and Horace, the dogs, even early appearances of 101 Dalmatians stars Roger and Anita – still an old school friend of Cruellas, now a photographer for a gossip column.

The most striking element of Cruella is the amazing costumes, all designed by 10-times Oscar nominee Jenny Beavan.  I think her 11th is guaranteed after this!

But what was more surprising is how directly it was aimed at me. The music alone – all classic tracks from the Sixties and Seventies – certainly caught my ear.

And the performances across the board – especially Thompson – are genuinely hilarious.  Australian director Craig Gillespie has a very specific touch – he made I Tonya, which occasionally, and surprisingly, this film resembles.

Considering the rather cynical brief for this film, there are so many ways in which Cruella could have been, if you’ll pardon the expression, a real dog.

Messing with a well-loved original is rarely a way to make friends. The dreadful warning of Tim Burton’s Dumbo leaps to mind.

But it’s rather better than that, if it manages to find the right audience. I thought it was a lot of fun, and yes it does have a great song at the end.