One thing you’ve got to give No Man’s Land credit for is it’s a pretty good name for a movie.  In fact, at least six other movies thought so too, which is possibly one reason why you think you’ve already seen it.

The other reason is it’s about a guy in a cowboy hat, riding across the Texas desert on a mission. 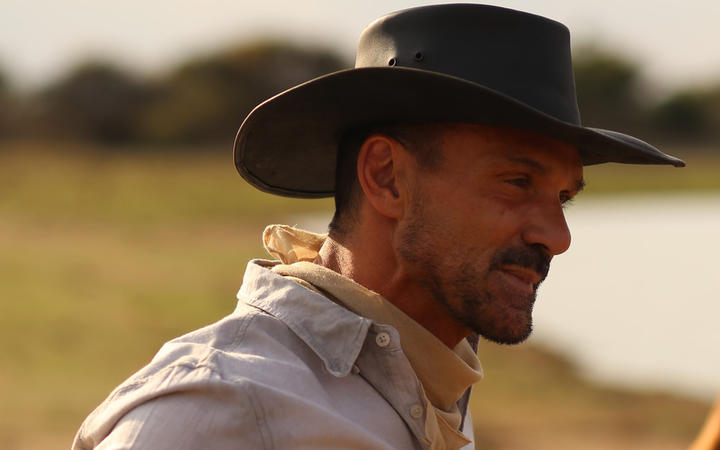 The story opens on the Greer ranch. Dad is played by actor du jour, Frank Grillo. Mum is played by Andie McDowell, a long way from Groundhog Day and Four weddings and a Funeral.

And there are two sons – Lucas, the one who’s staying at home, and Jackson, who’s off to play baseball with the New York Yankees. At least he will if there isn’t any trouble along the way.

And here comes trouble - a family of Mexicans travelling through the Greer Ranch at night.

There’s only one way to deal with this down in Texas. The Greer men grab a bunch of rifles and start firing them.

When the smoke clears, Lucas is wounded, and a Mexican kid is dead. The kid’s father Gustavo is distraught, and Jackson feels somehow to blame. You know, for firing in so many directions in the pitch black.

He explains this to a Texas Ranger the next day, before hightailing it to Mexico on his faithful horse Sundance. Yes, really.

And that’s pretty much all you need to know about No Man’s Land, except that it’s the first major feature by a two Texas brothers – Conor Allyn who directs and produces, and Jake Allyn who writes, produces and plays Jackson Greer.

As far as Jake Allyn’s acting is concerned, you can’t deny that he looks pretty good on a horse.  And back in the long-gone heyday of the Western that was pretty much all you needed.

But while Gary Cooper, John Wayne, Audie Murphy and the rest also had limited acting chops, they had one other thing going for them – pretty good writers and very good directors.  Jake Allyn’s just got his brother Conor.

And, no offence to the Allyn brothers, but they’re no great threat to John Ford, Clint Eastwood, Sam Peckinpah or Sergio Leone.

No Man’s Land follows Jackson into Mexico where he’s the illegal alien – see what they did there? – seeking redemption. Meanwhile, Gustavo the grieving father is out for blood, urged on by a villainous, blonde Mexican punk.

Of course, the real question at the heart of a film like No Man’s land is “Will this one revive the old-fashioned western?” I think we all know that answer to that.