Land is a twist on the old “man alone in the wilderness” plot, starring Robin Wright in her feature film directorial debut. 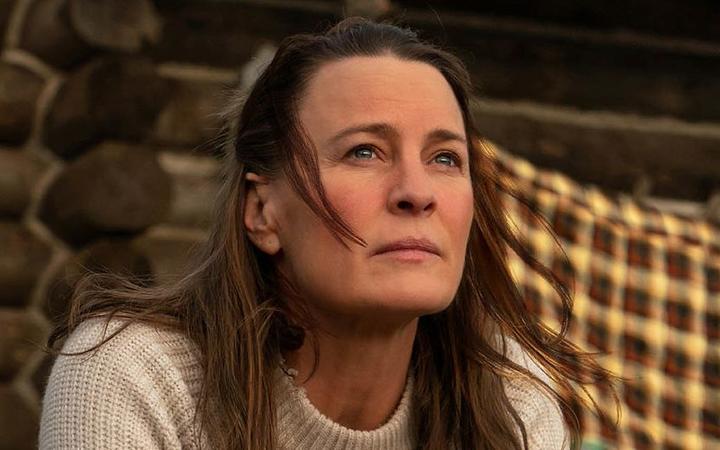 For film-goers of a certain vintage, Wright will forever be fixed in our memories as Princess Buttercup in the fairy-tale The Princess Bride. For more recent fans of dark, political intrigue, she was the Lady MacBeth of the TV series House of Cards.

It was that show that allowed her to follow her dream, directing several episodes. Which led to the film Land.

Bad past experiences have led me to approach a movie star’s debut as a director with some caution. But Wright is no dabbler with a vanity project. Land is the real deal.

We meet Edee – played by Wright - at her lowest ebb. After an undisclosed family tragedy, she’s cut herself off from anyone who could help her.

Edee decides, as many Americans have before her, to go back to the land - to the most remote part of Wyoming with the bare minimum of supplies.

She rents a mountain shack up in the hills and tells her guide to leave her alone. She doesn’t even want the car that drove her there.

Is Edee’s plan to make a new life in the wilderness?  She certainly doesn’t seem to have much aptitude for it.  All it’s going to take is one thing to go wrong – like a giant grizzly bear trashing her belongings, say – and she’s going to be in big trouble.

And the first half-hour of Land maps this ominous setup brilliantly with virtually no dialogue.

When the fire goes out, the last tin of beans is consumed, and Edee lies down for the last time, we have to assume the worst. But she gets an unexpected second chance.

She wakes to find herself pulled back from the brink by a nurse called Alawa and a hunter called Miguel. Though Edee doesn’t seem particularly grateful to have been rescued.

Land is a story that continually wrong-foots you. Edee argues with her saviours, until finally the unfortunate frontierswoman grudgingly agrees to let Miguel teach her some survival skills.

But who’s saving who?  Edee is certainly haunted by ghosts – we see them too when she lets her guard down.

But Miguel has family secrets of his own, and as he works to give Edee an investment in the future we wonder what drove him to this solitary life.

Land is a cunningly devised story. Wright didn’t write it, but her fingerprints are all over the story and how it’s performed.

The character of Edee is so deliberately cut off from everyone – even Miguel and Alawa -  that the fact that we like her so much, with so little backstory to go on for much of the movie, is a little miracle of acting and direction.

The slow thawing of her relationship with Miguel, played by Demián Bichir, is beautifully judged too.

Land is a film that gets better as it goes on – each time you think you know where it’s going, that story is replaced by something better.

Hollywood is littered with actors who leapt at the chance to direct, only to give up after one or two films.

I hope that’s not the case with Wright, who shows real talent in Land, not least by keeping it succinct. It comes in at just under an hour and a half, a minor miracle in these inflated times.