When a film about famous singer Billie Holiday, the FBI and the war on drugs was pitched, nobody complained there wasn’t enough plot.

Billie’s childhood was horrific. She got out, started singing in New York, and became a star when she was barely in her twenties. 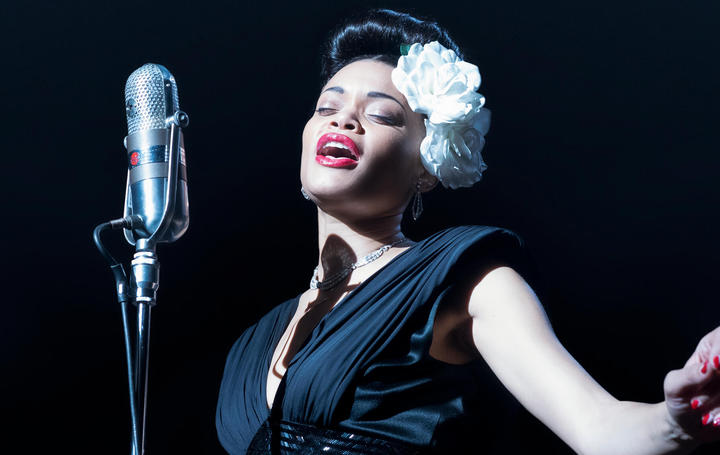 She was one of the great jazz singers, when all the competition was turning to pop. She was a drug addict, and everyone knew it. And she was loved by the fans like few before or since.

She gained the respect of most of the top musicians of the day, because how could you not?  Even the great Ella Fitzgerald knew Billie had the edge.

And she also had the song –  the number that Time magazine later called the Song of the Century. It was called ‘Strange Fruit’.

There were protest songs at the time, but ‘Strange Fruit’ was something else. A furious attack on Southern racism, it was written by hard-core Jewish Communist Abel Meeropol, but Billie made it her own.

And thereby hangs the tale. A song against lynching, which you’d think couldn’t be less controversial – who could possibly disagree? - proved to be the opposite.  In 1937, a bill opposing hanging black suspects without a trial attempted to be passed into law. It failed.

The strongest opponents to the idea, believe it or not, were the FBI. Director J Edgar Hoover was worried it might start a race war. Even more extreme was an FBI agent called Harry Anslinger.

Anslinger’s blatant racism, indirectly, led to him launching the War on Drugs, particularly heroin, because - according to this film - heroin was the drug of choice in the Black community.

As you can see, there’s a lot to pack into The United States vs Billie Holiday. But the correct way to do it, as any editor could have told director Lee Daniels, is start unpacking.

The curse of the show business biopic is trying to cram everything in, all that wonderful research you’ve done. But the solution is usually to chop it down to a manageable event – a significant weekend, one important relationship, a build-up to a triumph or a disaster.

And music biopics also often fall down on the central performance. These people are called “inimitable” for a reason.

Fortunately, that’s not an issue in The United States vs Billie Holiday. The star, Andra Day, was already a singer with a strong vocal resemblance to Lady Day.

But her acting is equal to the task too. This is Day’s first major film, and her range proves to be astonishing.

However, the rest of the film is the usual biopic Irish stew, forcing in everything whether it fits or not.

The two best things about The United States vs Billie Holiday are its star Day, and the fact you may be encouraged to find out more about the real-life Billie and why she still matters.