Tom and Jerry - the Movie

I’m not quite sure how Tom and Jerry passed me by.  I knew who they were, of course – a cat and a mouse, chasing each other in MGM shorts back in the Forties and Fifties.

But they never seemed to cross my path, not in the way that their rivals, Bugs Bunny or Donald Duck did.

Tom and Jerry were the creations of animators William Hanna and Joseph Barbera, whose later work I was rather more familiar with - particularly another cat and mouse show. 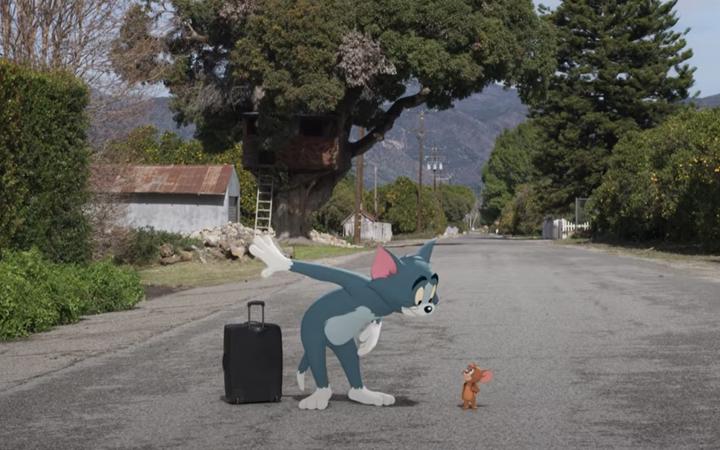 Two mice, in fact.  Pixie – a standard mouse – and Dixie – a mouse from the South, get it?  Their major enemy was a method-acting beatnik cat called Mr Jinks.

Tom and Jerry was rather less sophisticated.  Cat chases mouse, mouse destroys cat, over and over.  Which is fine for a six-minute short, but is a challenge for a full-length feature, you’d think.

We need a sub-plot.  And drawing the short straw – for the second time this year – is poor Chloe Grace Moretz.

Chloe Grace was in the dog’s breakfast that was Shadow in the Cloud. Here she plays unemployed New Yorker Kayla, who arrives at a swanky hotel looking for a job.

She runs into a rather better qualified woman with the same idea.  Her name, hilariously, is Linda Perrybottom.

Through a series of amusing misunderstandings, Kayla gets an interview with the hotel manager at the precise moment he discovers there’s an infestation of rodents.

To wit, one mouse.

It’s been a while, but finally at least half the title of Tom and Jerry: The Movie has arrived into the plot. Animated mouse Jerry is spotted all over the live-action hotel.

Kayla volunteers to solve the problem and is immediately hired.

It is refreshing for lovers of old-school animation to see two-dimensional, non-digital animation – the sort that Hanna-Barbera used to make - on the screen for the first time in years.

All the other animals – dogs, pigeons, even elephants – are animated the traditional way.

The down-side is it’s still a technique designed for an equally traditional short.

And since there’s only so much cat-versus-mouse material the keenest Tom and Jerry fans can take, the subplots start taking over.

The story becomes even more about Kayla’s attempt to get permanent employment at the hotel, her potential relationship with the barman, not to mention romantic tips for those wacky, soon to be wed, millionaire influencers.

Tom and Jerry are in danger of becoming guest stars in their own movie.

Director of Tom and Jerry: The Movie is Tim Story, whose background was entirely in live action – mostly live-action hip-hop video clips, unsurprisingly.

He has to be regularly reminded to crowbar the animated cat and mouse back into the movie, which he does with decreasing enthusiasm.

Now clearly, I’m not the target audience for Tom and Jerry – ruined permanently for me by the ultra-violent version “Itchy and Scratchy” in The Simpsons.   But, judging by the session I went to, I’m not quite sure who that target audience is.  There weren’t many of them there is all I’m saying.

I might have been more tempted by an updated Mr Jinks played by someone like Robert Downey Junior.  Call me, Hollywood!