Looking down the list of nominations for the British Bafta awards this year, the effect of the closure of many cinemas around the UK, was obvious.

There were significantly more titles from Netflix, Amazon and the rest than reached the cinemas here. So many titles risked slipping past if you didn’t know where to look. 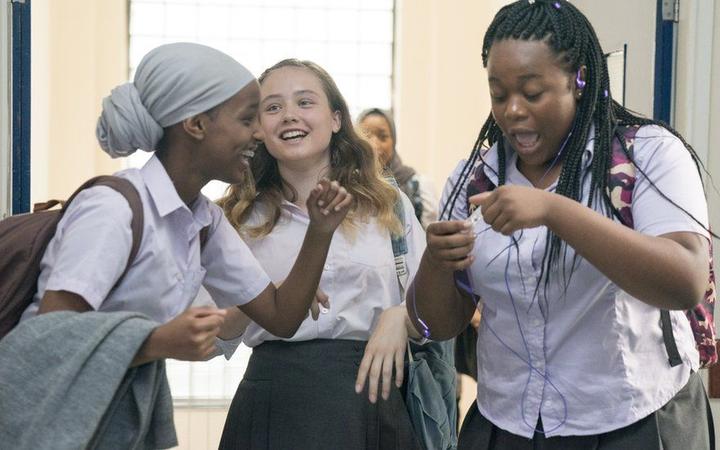 One of these was Rocks. It had been tucked away at the back of Netflix’s “worthy” cupboard, but I noticed it was up for several Bafta awards.

So, I checked it out and discovered that it warranted all of them.

One of the advantages of today’s cinematic upheaval is the opportunity it offers to first or second-time directors to roll their sleeves up and show what they can do.

One of those is Sarah Gavron, who made Suffragette a couple of years ago.  It was pretty good, but Rocks is a whole new ball-game.

On the surface, the intention of teen comedy-drama Rocks is to embrace diversity or something. The lead character is Jamaican-Nigerian, her best friends are Somali, Polish-West Indian, gypsy, Indian – all second generation of course.

But the real intention of the film – and what makes it work - is just to tell a story about modern-day London.

Having decided to reflect what London is actually like today, director Gavron and her two writers Theresa Ikoko and Claire Wilson went to the chalk-face of local schools and began asking questions.

The answers – and how the answers were expressed – are the basis of this film.

Another advantage of Rocks being relegated to Netflix is the access you get to something you rarely get at the cinemas for a so-called English-language film – sub-titles.

Rocks and her friends talk so fast, often over the top of each other, and the slang is often so elusive, you need all the help you can get.

The film takes place on a London estate, and the local school. It’s not a slum, but it’s not the middle-class suburbs either.

But years of seeing this setting in kitchen-sink dramas can’t help but lead us to expect the worst.

Rocks – played by Bafta winner Bukky Bakray - lives in a flat with her little brother Emmanuel and their mother. Mum isn’t coping, but no one notices yet.  Possibly because 7-year-old Emmanuel uses up a lot of oxygen.

Rocks comes home from school – and Mum’s gone.  Again.  She left a pile of money and a brief “sorry” note, and that’s it. What can 14-year-old Rocks do?

Her first instinct is to do nothing, and hope Mum comes back soon.

Rocks remains confident, until things start going wrong.  The money runs out, the electricity is cut, the neighbours are sniffing about, and the next thing it’ll be the cops or Social Services for sure.

The astonishing thing about Rocks is that just about the entire cast are non-actors, and much of the script is improvised.

Tempting as it is to give credit to the wonderful actors, the skillful crew and the often inspired editing – those reactions! – a film like Rocks comes from the top.  Clearly Gavron is now a director to watch.

It’s a story you think you’ve heard before, but what makes it stand out is it’s not overtly about hard times and injustice.

There are no gangsters and hookers and drug-dealers in the world of Rocks.  There are just people – mostly young women, before and behind the camera.

I don’t want to overstate this, but you’ll come out of Rocks a better person.