If there’s one genre I’m not a huge fan of, it’s the unresolved murder mystery.

OK, sometimes they’re based on a real-life, unsolved cases, like Jack the Ripper or the Zodiac Killer. But that’s no excuse. It’s a movie, you’ve put us through two hours of violence and frustration.  Now, point out the bad guy… 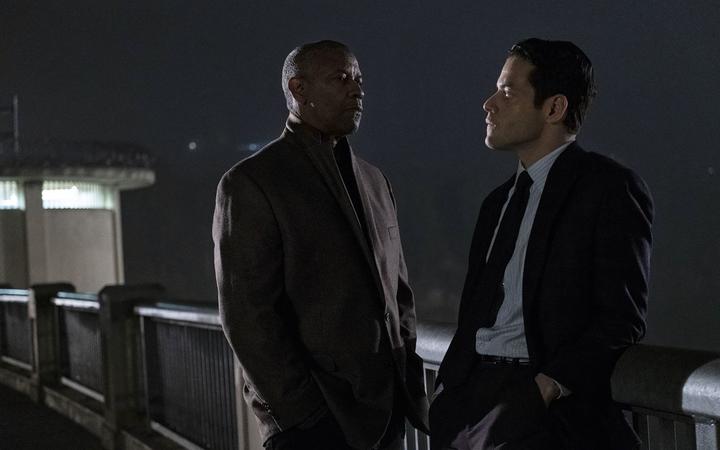 I’m not so hardcore that I demand the bad guy immediately be killed, or even thrown in the slammer. The killer may walk free, like James Bond or the Talented Mr Ripley. Just so long as I see him doing it.

Which brings me to a thriller with pretentions called The Little Things.

I was going to say “Stop me if you’ve heard this one”, but we won’t get anywhere on this film if I start like that.

Deke Deacon, a middle-aged disillusioned cop – Denzel Washington – is sent back to his old hometown LA, where he’s roped into a series of intriguing murders.

These murders seem strangely similar to a case a few years back – the unsolved murders that led to Deke losing his family, his home, quitting his job and generally turning him in to a middle-aged, disillusioned cop, blah blah blah…

In charge of the case of the recent murders is a clean cut young hotshot cop called Jimmy.

I have to say there’s no actor in Hollywood less likely to play someone called “Jimmy” than Rami Malek, last seen playing Freddy Mercury in Bohemian Rhapsody.

Jimmy and Deke go at it like cat and dog, you’ll be unsurprised to learn. In fact, Deke is all for going home, but there’s something about this case, I don’t know, something that nags at him.

We know this because he keeps slipping into flashbacks of the previous murders, looking for clues.

And as the film progresses, the clues – what Deke calls “the little things” – seem to mount up satisfactorily.

But at the same time, Deke’s old colleagues try and warn Jimmy off.  Deke may get results, but at what cost?

Is there a reason for Deke resisting promotion?  Are we missing a vital clue here, one of those tricky “little things”?  Are we getting any closer to finding the bad guy?

And at last there he is – or is he? His name is sinister enough - Albert Sparma, a blend of Boston Strangler Albert DeSalvo and Son of Sam, maybe?

Now I should come clean here and admit I’m not a big fan of the acting styles of any of the leads, Academy Awards or not.  Leto, Malek and Washington are all enthusiastic proponents of the “look at me acting” style of performance.

All three are capable of good work, but only if they have a director who’s prepared to keep them on the straight and narrow.

Well that’s not writer-director John Lee Hancock. Still, that’s not my beef.  Some of the greatest cop movies ever have featured actors chewing the scenery – Al Pacino, Gene Hackman, Russell Crowe and the rest.

But when we hit the home stretch, I want to stop scratching my head, wondering if Keyser Soze did it or didn’t do it.

Maybe director John Lee Hancock and star Washington wanted us to come out of The Little Things happily arguing over who we think did it.

Who isn’t fascinated by an unsolved mystery, they may have said?  Isn’t it so much better to be left dangling at the end?  Well I can answer both of their questions right now. And they’re not going to like it.