Review - Pieces of a Woman

Pieces of a Woman is not the sort of film you’d expect to see coming from America. Tonally, it feels more like a festival film from somewhere like Romania, or even Iran.

In fact it’s the work of a Hungarian team – director Kornel Mundruczo and writer Kata Weber, who I believe adapted it from her stage play.  A key figure in getting it made in the States was producer Martin Scorsese.

The location has been changed – mostly seamlessly - to Boston, where we meet the couple Martha and Sean in the ninth month of Martha’s pregnancy. 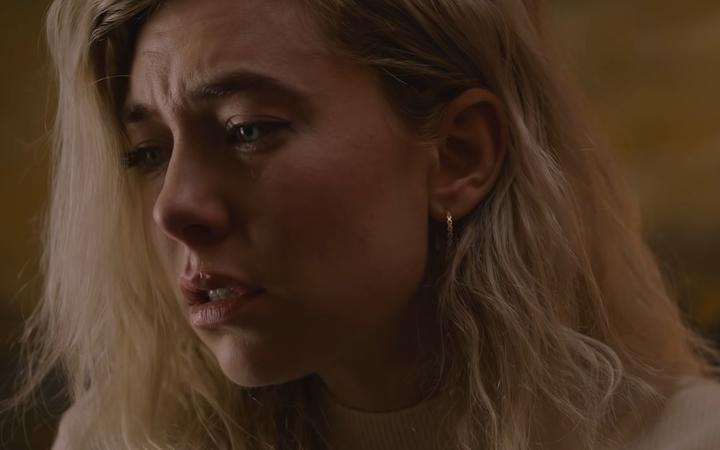 Martha’s family is rich. This rankles with her blue-collar husband – played by Shia LaBeouf with a chip on both shoulders – who feels undermined by Martha’s arrogant mother, played by veteran actor Ellen Burstyn.

And then we’re straight into it – the birth of the baby, shot in one exhausting 22-minute shot.

It’s played as a movie in itself, from the opening moment when the preferred midwife can’t make the home-birth and sends a replacement, to the joy of the baby finally arriving, and then plot reversals - tragedy, hope and despair.

And it’s all driven by a power-house performance by Vanessa Kirby.

But this is just the start of a film that attempts to give a voice to people who rarely get one.  It’s the story of someone in an impossible situation, with no clear road-map as to how she’s meant to feel, let alone behave.

Counter-balancing the astonishing tour de force of the opening birth scene is another, even more technically challenging 20-minute one-shot.

It’s a complex scene where Martha confronts her entire family in turn. Everyone tries to get her through a difficult day, but nobody has any real idea what she’s going through.

Two other roles are critical here – Martha’s mother’s way of protecting her daughter is to find someone else to attack.

The solution to a tragedy in the States – and I assume in Hungary – is to turn to the law.   Someone must be at fault.  Someone has to pay.

Meanwhile husband Sean starts to feel he’s being left out of the narrative.  As played by LaBeouf, he tries to get Martha to, essentially, snap out of it, to allow them to return to the life they used to have.

When that’s not immediately forthcoming, he starts behaving badly.

Now I can see that a film like Pieces of a Woman is likely to be a hard sell, on the back of this rather bald description. But while it’s undoubtedly challenging, there’s far more to it than simply tracking a mother’s misery.

Particularly the performances of the two mothers.

Burstyn made her name in the Seventies with a string of Oscar-nominated roles, often for Martin Scorsese.  She’s wonderful here as the mother trying to shift the blame from her daughter to someone else.

And the astonishing Kirby plays Martha as someone who’s tried all her life to make her own decisions, and now has to live with the consequences.

Pieces of a Woman reaches its satisfying climax, and then, brilliantly, goes a little further.   There’s a twist to remind us while a story can end, there are no full stops in life.

I know the film seems a daunting prospect, but it really is worth it. If only as a reminder of what great cinema can offer.