Review - Shadow in the Cloud

Roseanne Liang is best known for New Zealand independent films.  But who knew she had a popcorn movie like Shadow in the Cloud in her?

Shadow in the Cloud opens with a 1940s animated film from the War Department about “gremlins” – a word coined to describe glitches in the machines. 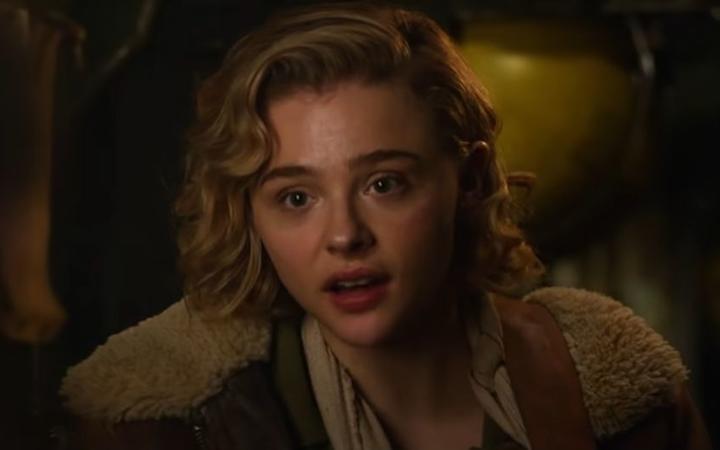 But what, asks the film, if gremlins were in fact real?  Monsters that suddenly attacked while you’re in the air.

Star Chloe Grace Moretz had an astonishing run of great parts before she hit 16 - 500 Days of Summer, Kick Ass, Hugo, Let Me In and more – before her luck ran out a couple of years ago.

A string of rather ordinary films culminated in Shadow in the Cloud, which was hit by scandal when the original writer was MeToo-ed off the project.

Well the script for this film, we’re told, has been completely rewritten by Roseanne Liang, so we can only guess who’s to blame for the final version.

Infuriatingly, Shadow in the Cloud ends with contemporary footage of the women who flew Spitfires and other planes during the war. They look amazing and intriguing. Why didn’t they tell their story, instead of this one?

The fatal flaw in any genre picture is too much stuff.

OK, I’ll wear a woman pilot hitching a lift on a plane called “Fool’s Errand”.  I’ll wear the secret mission, and the mysterious package. I’ll even wear the arm in a sling which is never explained…

And, at a pinch, I’ll wear the sexist banter from the idiot guys in the crew, even if I can’t tell most of them apart.  How many are there anyway – three, four, seven?

All the more telling when they have their noses rubbed in how awesome Chloe Grace is when she gets going, of course.

But then, monsters in space? And falling out of the plane only to bounce safely off a passing Japanese fighter?  Not to mention clambering about on the wing while a light zephyr blows your curls around?

When I came out of the cinema, I ran into an audience member, a nice woman who was also a former pilot.   “Well,” she fumed, “They certainly lost the plot on that one.”

What plot, I wondered?