Even when Citizen Kane was being made, everyone in Hollywood was asking everyone else in Hollywood “Who’s it about? Who are all these fascinating characters?” 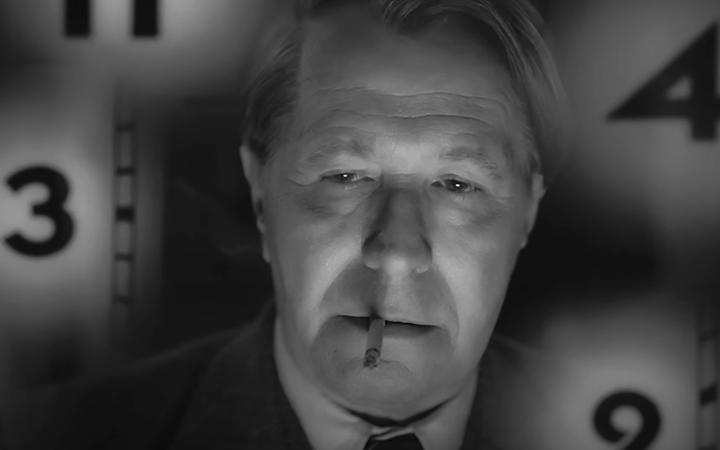 The most fascinating character, of course, was the man making Citizen Kane – or American as it was initially called.

In 1940 Orson Welles was probably the most famous man in the United States – the celebrity boy genius who’d scared the pants off the nation with his radio broadcast War of the Worlds and had secured the best deal ever from RKO studios.

Welles was given unprecedented carte blanche to make anything he liked, no interference from the studio, and total freedom to hire who he wanted.

And he decided he wanted the man who everyone agreed was the best writer in Hollywood, and the worst bet to hire.  Herman Mankiewicz was a drunk, a loose cannon, and impossible to work with.

So, Welles hired him, told him to write whatever he wanted, then locked him away from all his friends and distracting influences.

And Mankiewicz – ‘Mank’ to friends and foes alike – decided he was going to aim as high as possible. He was going to target William Randolph Hearst.

Because Welles and Mankiewicz were not the only towering giants of that era.  Just as big – and far richer and more influential – was media mogul Hearst. Think Fox News with less competition.

Incidentally Mayer had his own boy wonder, Irving Thalberg, responsible for MGM’s incredible run of hits.

And littered through the movie Mank are the luminaries of Hollywood’s Golden Age – Gable and Garbo, Crawford and Chaplin, and the greatest writers money could buy – George Kaufman, S J Perelman, Ben Hecht and above all Herman Mankiewicz.

I grew up with these names, and also the account of the Making of Citizen Kane – who really created it?  After years of being voted the Greatest Movie Hollywood Ever Made, opinion was split between Team Orson the director and Team Mank the screenwriter.

And clearly, director David Fincher was brought up as Team Mank – his father Jack Fincher actually wrote this script before he died, about 17 years ago.

If you’re remotely interested in the subject, Mank is stunning.  Gary Oldman in the title role has never been better, but there are dazzling performances from everyone, particularly Englishman Charles Dance as none-more American William Randolph Hearst.

Amanda Seyfried too shines as the much-maligned Marion Davies - permanently fixed in the public’s mind after Citizen Kane as a talentless gold-digger, but far more interesting than that.

And playing Mank’s long-suffering wife Sarah – universally known as “poor Sarah” – is another of my current enthusiasms, the wonderfully-named Tuppence Middleton.

Like Marion Davies, Tuppence tends to be condescended to, but she doesn’t need it. She’s great in this.

Mank was mostly shot in California, but there are as many English actors as Hollywood ones on display – not just Oldman but Tom Burke who’s pitch-perfect as Orson Welles.

And the look is of a Hollywood that hasn’t existed since the Forties.

Fincher’s experience in digital effects – he used to work at Industrial Light and Magic – has never been better used as it is here.  Throughout there are brilliant quotes – visual, script, performances – from Citizen Kane itself.

It’s the sort of film that snobby critics think of when they say “They don’t make movies like this anymore”. But that was before Netflix.

Netflix - like Hearst and Mayer in the Golden Age - currently has so much money it can afford to let directors like Fincher spend millions on passion projects like Mank.

Mind you, the test will be when they pay a boy genius to make a movie about Netflix.