I so nearly missed Australian film Babyteeth, which was hiding way out in Upper Hutt this week.  But someone tipped me off – and they were right.  It’s one of the best films I’ve seen this year. The performances iare dazzling.

Babyteeth opens on a schoolgirl, Milla, standing on a railway station platform. She seems distracted, there’s certainly something on her mind. 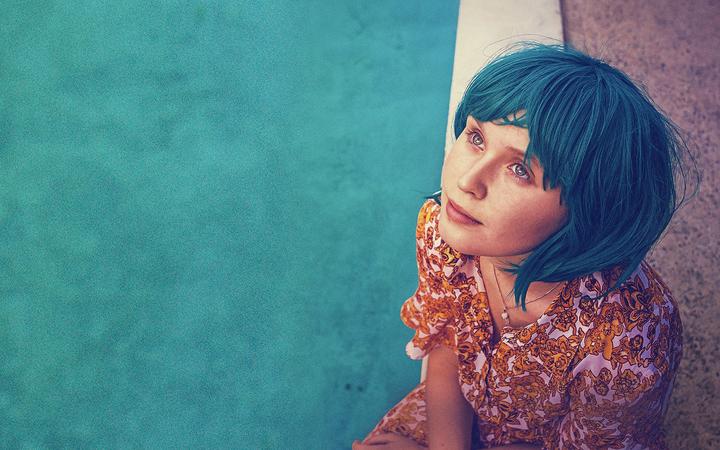 Suddenly she’s accosted by Moses - older, badly tattooed, obviously on the hustle. So why does Milla give Moses the time of day?

He gives her a haircut, as it happens, though it’s clear he’s bad news. Even his mother won’t have anything to do with him now.

Which may be why, a few days later, he breaks into Milla’s house.

Milla’s parents are already under stress without having to take on somebody else’s problems.

They’re particularly anxious to protect Milla from someone like Moses because – didn’t I mention this? – the reason Milla was so distracted at the start of the film was that she’d just been diagnosed with cancer.

On the basis of this no-frills account, I can imagine many of you already glancing at the “Exit” sign.

The reason it’s so much better than it sounds is entirely down to a smart script, well directed and played – especially by young Eliza Scanlen as Milla.

You may remember Eliza as another plucky invalid – Beth in Greta Gerwig’s recent Little women.

But where Beth was calm and saintly, Milla is chaotic, funny and often infuriating. She certainly infuriates her violin teacher.

But none of the four lead characters is quite what you think.

Moses – played by Toby Wallace - may be a teenage girl’s idealized Bad Boy.  But there’s a reason he’s been shunned by his family, and Milla’s going to find out why soon enough.

Meanwhile Mendelsohn – a former real-life bad boy himself back in the day – is the troubled heart of Babyteeth as Henry.

Henry’s answer to his family’s problems is too often to just prescribe more pills.

He bends over backwards to protect his daughter from Moses, until he realises Milla might actually know better.

And Davis as the self-centred mother permanently on the verge of another nervous breakdown may be the best of them all.

She and Scanlen strike sparks off each other as mother and daughter, half the time driving each other crazy, the other half in each other’s arms.

If I had to do the old Hollywood trick of describing a movie in terms of other ones, Babyteeth reminded me of two personal favourites – another Greta Gerwig film, Lady Bird, and that indie gem Me and Earl and the Dying Girl.

But it’s its own thing too, with heart, great jokes and a dynamite music soundtrack.

It’s cruel timing that such a brilliant first calling card should be prevented by a pandemic from being immediately followed up by another film.

But they’re both young and time’s very much on their side.  So, until then, chase up this film if it’s showing anywhere near you.

And – no spoilers, but you might want to take a few tissues with you.