The remake of Daphne Du Maurier’s famous novel Rebecca - and subsequent movie by Alfred Hitchcock - has been greeted unenthusiastically by a few critics, though I’m not sure why. It certainly looks great, under the direction of Ben Wheatley and his cinematographer Laurie Rose.

It opens in Monte Carlo, where a diffident young woman meets a wealthy aristocrat. 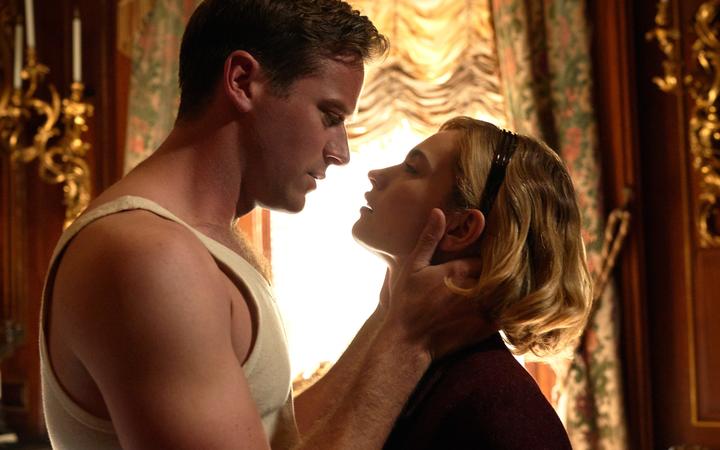 Possibly one of the reservations about this Rebecca may be the casting of film-star-pretty  Lily James as someone mousey, and the generally dashing and decent Armie Hammer as the angry, buttoned up widower Maxim de Winter.

Or it may simply be that – like many classic stories from another age – it’s collided with established morality and customs of today.

Mousey young ladies’ companions, I’m sure, do get swept off their feet by insensitive brutes today.  Just so long as they’re not called “little fools” while it’s happening.

And another thing about Rebecca – as Alfred Hitchcock himself found – is that there’s only one way to do it. And that’s exactly how Daphne Du Maurier wrote it.

Once Maxim marries the second Mrs De Winter, that means going to the family mansion – Manderley – and meeting the Housekeeper from Hell, Mrs Danvers.

Mrs Danvers has big shoes to fill – originally Judith Anderson in the 1940 Oscar-winner, and Diana Rigg in the 1997 TV miniseries.

But Kristen Scott-Thomas is more than capable of filling them – icy, sarcastic and obsessively attached to the memory of the first Mrs De Winter, the impossibly beautiful Rebecca.

The story of Rebecca is a brilliant concoction – no wonder you can’t fiddle with its structure.  It opens as a fairy tale romance – Cinderella, maybe, or even Beauty and the Beast.

Then it darkens into old dark house mystery – before turning into a sort of ghost story. Everyone is under the spell of the dangerous, never seen Rebecca.

The timid second Mrs De Winter is nervous enough anyway. But every step of the way she’s reminded by Mrs Danvers just how far short she falls compared with her predecessor.

Rebecca was glamorous, everybody loved her, she was fearless, she was the only woman Maxim ever really loved…

And nobody contradicts this narrative, least of all her husband. She has no-one to turn to, and when she decides to finally take charge of Manderley and throw a party like Rebecca used to, that goes terribly wrong too.

And finally, the true nature of the story starts to unveil itself.  On top of everything, it’s possibly a murder mystery too.

Rebecca certainly died in mysterious circumstances, and there are people sniffing around to find out who dunnit.

As I say, dealing with a story as rooted in its time as Rebecca is a gamble.  The book was a sensation in 1938, and the subsequent film has retained its allure ever since.

But can it gain a new audience in a new century?

Wheatley was an unusual choice of director. He usually prefers edgy, independent films like High Rise and Sightseers. Though not as unusual as screenwriter Jane Goldman whose past films included Kick Ass and Kingsman.

For me, it had been so long since I’d seen any version of Rebecca that I bought into it without question - even on Netflix, which is where it’s showing here.

I thought the cast – which includes some favourite performers like Keeley Hawes and Sam Riley – was terrific. And Du Maurier’s creepy tale maintains its power to keep you on your toes all the way through.

Maybe a notch or two down from the Hitch version – but that’s still well up on most of the competition right now. If you ever dreamed you went to Manderley again, check it out.