Review - The Trial of the Chicago 7

Playwright and screenwriter Aaron Sorkin has made modern Americans look a little harder at themselves, ever since he forced them to handle the truth in 1992’s A Few Good Men.

Sorkin’s latest film – he directed it as well as wrote it – comes courtesy of Netflix, though if you get a chance to see it at a cinema I strongly urge you to do so. 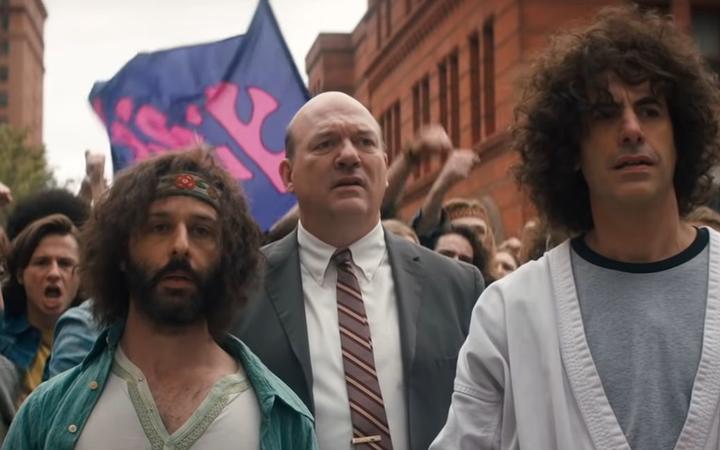 The Trial of the Chicago 7 reminds us that baby boomers were once young and idealistic, and prepared to do whatever it took to stop the war in Vietnam.

The Chicago Seven will ring bells for people of a certain age. In the late 1960s, battle-lines had been drawn between the establishment, supported by the police, and the rising new generation, armed mostly with flowers.

All the power was in the hands of the powers that be, but not for long. The wildly unpopular Vietnam War had become the tipping point.

Stopping the war was the one issue uniting a wide range of factions, all demanding immediate change.

Things came to a head in Chicago in 1968, at the Democrat Party convention. There was trouble, the Chicago police under Mayor Daley over-reacted, but in the end, eight protesters were arrested for inciting a riot.

The trial became a sensation for weeks and for several reasons.  Sorkin’s The Trial of the Chicago 7 lists them, and it’s particularly riveting viewing for people like me who thought they had a pretty good handle on these events.

The title – The Trial of the Chicago 7 - might need clarifying.  There were actually eight defendants in the courtroom.

Number Eight – the Black Panther Bobby Seale - shouldn’t have even been there.

His lawyer was in hospital at the time. But Judge Julius Hoffman decided to lump him in with the other defendants anyway.

Judge Hoffman – played by Frank Langella – soon becomes the major player in the drama.  He clearly thinks this trial is his own personal crusade, and he’s not going to let little things like the law or the Constitution get in his way.

But he’s got competition for the spotlight. Come in Abbie Hoffman – no relation.

Abbie Hoffman – a well-cast Sacha Baron Cohen – comes across as the clown prince of the protest movement. But it’s partly an act. Despite the “Groucho Marx on drugs” persona, Hoffman is dead serious about wanting change.

But his style puts him in regular conflict with the straight-laced Tom Hayden, played by another English actor, Eddie Redmayne.

The rest of the seven are a mixed bunch – students, conscientious objectors, hippies and yippies.

But that’s the point. They’re accused of the catch-all charge of “conspiracy” but in fact many of them had never even met before the trial.

The two people trying to give the trial some dignity are the prosecutor – Richard Schultz, played by Joseph Gordon-Levitt – and the celebrity defense lawyer William Kunstler - Mark Rylance once again as the voice of decency.

But no amount of legal professionalism could disguise the fact that this case should never have gone to trial.

And once it had, it shouldn’t have been in the control of this judge – a man seriously out of his depth and who - at the time – seemed to offer an all-time low in both law and ethics. 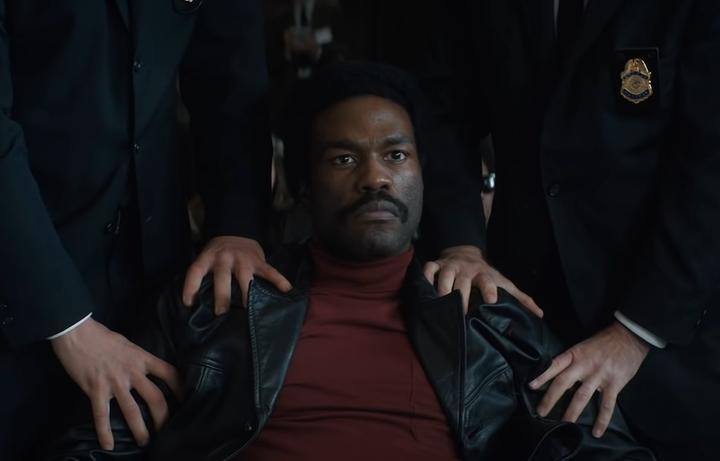 The trial came to a scandalous head when Bobby Seale finally refused to be brow-beaten by Judge Hoffman any more.

He stood up to represent himself and was punished and humiliated in a way that appalled even the prosecutors.

It’s easy to see this as well-known liberal Sorkin using past injustices as a stick to beat the subsequent faults of conservative America over the years. But Sorkin’s too good a writer to rely on cheap shots like that.

Neither the left nor the right get an easy ride in The Trial of the Chicago 7.  Heroes make mistakes, villains get their day in court, even clowns achieve nobility in the end.

And Sorkin has been given the one thing that real life needs to become serious drama – time.  Fifty years on, we now pretty much know what happened - not just at the time, but afterwards.

Some scars healed, many didn’t, and the end results are still with us now.

Most fact-based drama sets out to show what happened. Some dig deeper to find out why it happened.  And a very few – like The Trial of the Chicago 7 – try to show why it still matters.