Review - On the Rocks

Sofia Coppola’s latest film On the Rocks seems to be a case study in “daddy issues”.

Both Sofia – who wrote and directed the film – and her star Rashida Jones have larger than life fathers. And the co-star of the film is Coppola’s regular muse, the comedian Bill Murray, once again playing an ageing playboy. 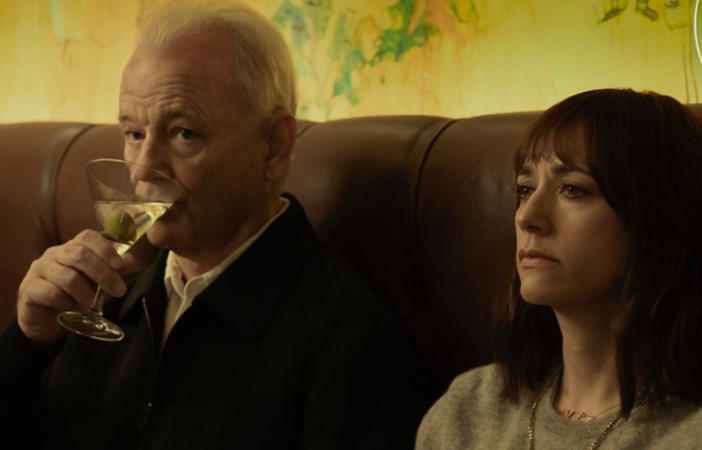 I have no idea, obviously, how closely the relationship between Laura and her father Felix mirrors that of Sofia and Frances Ford Coppola, or indeed that of Rashida and her much-married father, musician Quincy Jones.

Clearly, as they say on social media, it’s complicated.

On the Rocks opens with Laura’s husband Dean spending a lot of time away on business. What that business is is a little vague - something that requires a lot of travel with attractive workmates.

And Laura, who took time off from her own writing career to have two young daughters, is trying to start again.

Who better to offer advice about badly-behaved males than her dad, who wrote the book on the subject?

Now I don’t know how sleazy this character might have been if he weren’t played by the permanently charming Bill Murray. Fortunately, I don’t need to know since he is played by Bill.

Murray and Sofia Coppola have history since teaming up for the classic Lost in Translation together – a film that defied the odds, and indeed taste, to remain many people’s favourite movie.

I liked it too, though I’m not quite sure why now.  A romance – albeit platonic - between a 17-year-old and a 53-year-old – even one played by Bill Murray – would be a harder sell these days.

Here at least he’s actually playing Laura’s father, and keen to help. The best thing to do with a straying husband, he suggests knowledgably, is to catch him in the act.

So, the unlikely dynamic duo start tailing Dean.   And along the way Laura wonders if she’s somehow to blame for being too dull for her high-flying husband?

Felix offers questionable consolation with advice gleaned from a lifetime of inappropriate behaviour.  And always you wonder whether Felix would get away with this if he weren’t being played by Bill Murray.

Murray’s undeniably as entertaining as always, and has a good time as the disreputable dinosaur from the era before Me Too.

Rashida Jones is best known for being rather better than she need be in a range of TV comedies. Here she does what she can with that always unpromising role of the No Fun Mum.

This is Sofia Coppola’s mid-period Woody Allen movie, I suppose.  And while the chemistry between Rashida and Bill is endearing and often very funny, there does need to be a little more substance to the story than On the Rocks is giving us.

Bill as a sort of ageing Rat-Packer is fun – he did the same thing in Lost in Translation, of course.

But his charm – augmented here with wealth, taste, and often unlikely dollops of luck – starts to fade a little as the film goes on.

As I say, could he get away with it if he weren’t Bill Murray?  I think even Sofia Coppola realises that when she gets an exasperated Laura to say more than once – “it must be wonderful being you”.