The War With Grandpa

It’s a matter of some dismay, the grandpa-fication of Robert De Niro. The actor who dazzled his peers with Raging Bull, Goodfellas and The Godfather, has so often been relegated to senior citizen goofball roles in films like The War with Grandpa. 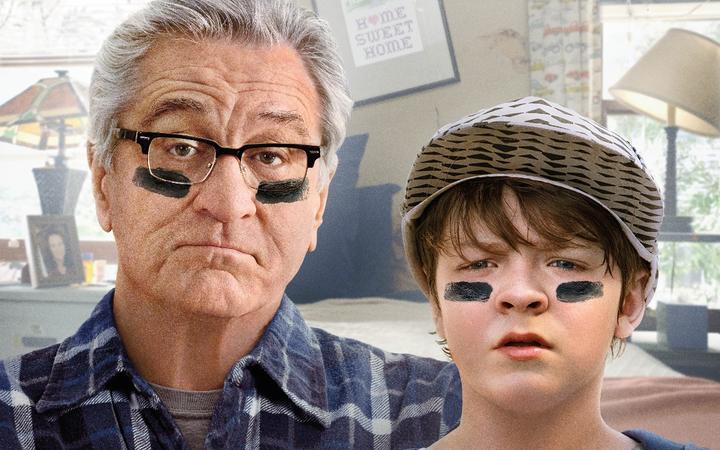 You can only hope he’s being paid well.

The title may offer the promise of intergenerational fun between Grandpa and these modern young whippersnappers, but the audience I saw The War With Grandpa with was firmly Team Grandpa.

And they had touching faith that De Niro wouldn’t let them down, no matter the slightly demeaning premise of the film.

It seems Grandpa has been having too many senior moments these days – culminating in a supermarket malfunction.

His daughter – I haven’t seen Uma Thurman for a while – arrives on a rescue mission.

So, Grandpa moves in, welcomed by subsidiary characters the Cute Moppet, and the Sour Faced Teenage Girl.

But the person to convince is Peter, the previous incumbent of Grandpa’s room, now relegated to the attic.

So, we’re setting up for the War in the title, with all the promise of a kid armed with agility and technology, pitted against Grandpa, armed with a few old-fashioned life-skills.

It’s like that to start with, certainly, but soon the writers and director start running out of inspiration.

This leads to certain inconsistencies, where Grandpa can barely work an electric toothbrush one minute, and the next he’s remote-controlling drones and hacking into Peter’s computer games.

But consistency isn’t usually a big issue in a film like this.  The trick generally is to go so fast that people don’t get a chance to spot any holes in the plot.

But at the leisurely pace this film sets, there’s ample opportunity to wonder what the film’s planning to do with a potentially interesting cast.

The early appearance of Christopher Walken, for instance, encourages us to think we’ll see a fair bit of him.  But sadly, he’s rather wasted in The War With Grandpa, as is Jane Seymour as a last-minute love interest.

Nobody expects a comedy called The War With Grandpa to revolutionize cinema as we know it.  It’s a film with a final hug built into the title, surely.

But you do expect it to get on with it. It’s a “tit for tat” comedy, picking up pace to the final catastrophe. Except this film keeps being sidetracked.

In other words, there are too many distractions for a simple “This means war” plot.  But there’s not enough real story to tie these elements together.

However, for all this, De Niro remains De Niro.  Even in yet another Grandpa role, Bobby never phones it in.  For an actor who’s not a comedy natural, he earns the laughs he gets in films like this by keeping it absolutely honest.  I wish the writers could say the same thing.