We seem to be right in the middle of a New Wave of Kiwi film comedy. I’m not saying they’re all timeless classics – or any of them, necessarily.

But at least it makes a change from the frequent complaints about many of our films in the past – you know, the over-serious, “cinema of unease” thing.  The latest is an ultra-low budget romp called Dead. 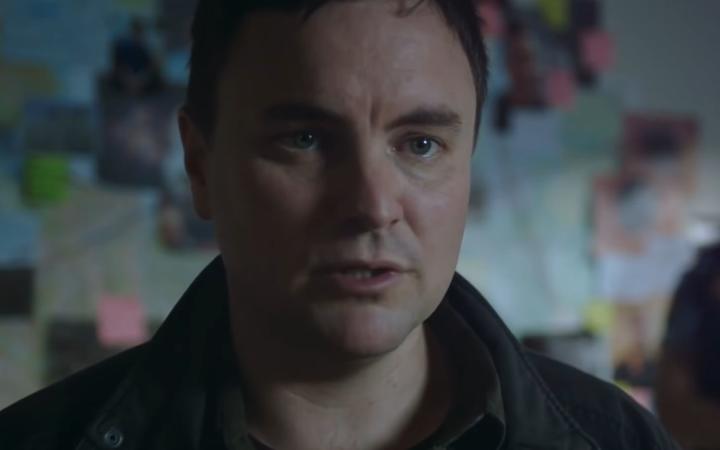 Dead is the work of two popular figures in film and comedy here. Thomas Sainsbury is a prolific performer, playwright and Snapchat satirist.

And Hayden J Weal is a frequent entrant in the 48 Hour Film Challenge – so successful in fact that he’s giving out tips on YouTube.

And it’s these tips that Weal and Sainsbury have applied to Dead - essentially a 48 Hour Film writ large, with a slightly larger budget.

And from the start it’s clear the pair are good at making a very little go a long way.

It opens with a policeman – Jason Tagg, played by Weal himself – waking up to discover he is in fact dead. Dead and in his undies, which is how he remains for the rest of the film.

Cut to a lovable slacker nicknamed Marbles – Thomas Sainsbury – who has an extraordinary talent.

He sees dead people – or rather ghosts – and acts as a conduit between the unhappy deceased and those they’ve left behind.

A useful person for the late Officer Tagg to make contact with if he’s going to solve his own murder, in other words.

Tagg finds Marbles hard at work acting as a sort of human Ouija board and presses him into service.

One thing you’ve got to give Dead is it looks – and sounds – terrific. The budget may be tiny, but director Weal has managed to put together a very experienced crew.

The script advances in the standard 48 Hour Film manner – at a cracking pace, without looking back.

It transpires Tagg is not the only recently dead.  Prior to him there were half a dozen others – all linked to a certain gay nightclub.

And because we need some women characters, each of our heroes is given one. Tagg has a sister, Yana, who finds herself strangely drawn to Marbles.

And Marbles has a past – an even stranger ex-girlfriend who mysteriously vanished, to reappear if required later in the story.

It’s a story that goes in several directions, sometimes at once. Coincidentally or not, everyone spends a lot of time ingesting booze and drugs.

And there are more than a few nods to the films of horror director/comedian Jordan Peele before it’s over.

The good things about Dead are it’s well executed, and many of the performances are rather good – even strangely moving at times.

But it does get a bit exhausting if you’re not in the mood and feels rather longer than its modest 90-minute length.

But, unlike a 48 Hour Film Challenge, it doesn’t have an automatic audience. Despite the celebrity cast and some good jokes, Dead is a film that needs a decent-sized audience – with a few drinks in it - for it to work properly.

That’s the trouble with low-budget film-making – making the film is only half the job.  A little film needs publicity just as much as a multi-million dollar, big one – maybe even more.

And if you’ve spent all your budget on the film, that leaves nothing over for promotion.

You can lead a horse to water, of course, but that said, you can’t get a horse to drink anything until you have led it to water – often at some expense.