When the superheroes of Marvel Comics started conquering the cinematic world 20 years or so ago, there were so many they had to divide themselves among various studios.

Spiderman went to Columbia, Iron Man to Paramount. The Hulk was produced by Universal, while The X Men were picked up by Twentieth Century Fox. 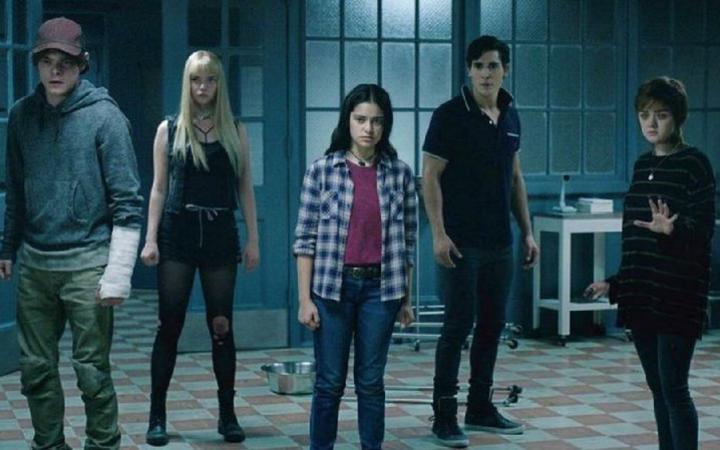 Over the years they’ve mostly gone under one umbrella organization, the Marvel Cinematic Universe.

All but The X Men, who seem to be Marvel’s orphans these days. There’s very little consistency between these films. Aside from The X Men themselves, there’s the Deadpool comedies, the sad finality of Logan, and now a sort of low-budget horror spinoff called The New Mutants.

The New Mutants’ release-date kept being postponed, but now the new owners of Marvel, the Disney organization, have clearly decided to clear the shelves.

The story opens with a Native American young woman called Danielle Moonstar finding herself in hospital.

Dani remembers being chased from her home by something scary, passing out and then waking up to be questioned by Dr Reyes, played by Alice Braga. Dani’s not alone though. There are four other unusual young people there, all with strangely amorphous powers.

Usually X men mutants go in for powers with one word descriptors – the Heat-Ray Guy, or the Weather-Raising Woman, the Iceman, the Mind-Reader and of course Wolverine who has both claws and unkillability.

Rahne, played by Game of Thrones’ Maisie Williams, has the rather underwhelming ability to turn into a wolf.

Sam, Roberto and Illyana are, respectively, sort of Heat-Speed Guy, sort of Big Heat Guy, and, I’m not sure – Flashing Eyes with a Tame Dragon Girl.

But nobody is quite sure what Dani’s thing is yet, or what the good doctor’s plans are for our New Mutants.

Like any film about five teens stuck in a big house together, there’s a certain amount of “who likes who” and “who can’t stand who” stuff for a while.

The dominant character at the start is the mysterious Illyana, played by Anya Taylor Joy with an approximate Russian accent, and a permanent chip on her shoulder.

The two boys have rather less going on. Roberto looks like he’s on the verge of bursting into tears all the time, while Sam’s usually bruised and bandaged – his speeding superpower means he crashes into walls a lot.

Support staff at best, in other words.

But they’re encouraged to join forces when it transpires that Dr Reyes may not be as good as she claims.

She plans to use these mutants’ powers – not again! – for evil purposes. It turns out that the place they’re being held isn’t even a medical facility.

This might explain the monstrous toothy creatures springing from behind things, everyone’s nightmares coming to life, and lights going on and off in an alarming way.

By now the tone of the film has shifted from New Mutant High School to ominous Haunted House.  There’s only one solution, apparently. They’re all going to have to work together.

Still, anyone who’s seen one of these movies probably knew that already. The biggest problem was finding someone to care – which was a lost cause at Marvel apparently.

It’s a pity really.  The New Mutants is a waste of an attractive cast, the victim of an over-crowded genre. These days, apparently, even superheroes need to practice social distancing.