At The Movies - Romantic Road

The old hippie trail of the Sixties may have been popularized by the Beatles and their entourage, but it started out as a rather upper-class, English rite of passage.

The sons and daughters of the old Raj may have moved to Surrey and Sussex, but they couldn’t wait to go back without the colonial baggage.  People like Rupert and Jan Grey. 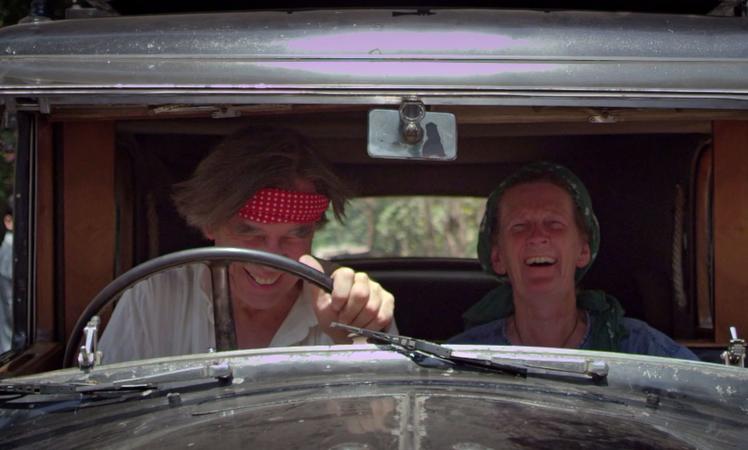 Rupert Grey, now well into his seventies, is still a keen adventurer – an English Don Quixote, with his wife Jan a long-suffering Sancho Panza.

And a new semi-documentary Romantic Road follows them on their latest exploit.

I say “semi-documentary”.  Director Oliver McGarvey’s crew remains unseen throughout the entire trip across India for six months, but it’s hard not to think that many of the events were staged in some way.

But, be that as it may, Romantic Road follows our intrepid couple from their take-off point in Mumbai, in an unlikely vehicle.

It looks a bit small and battered, but it is in fact a 1936 Rolls Royce – the car that does much of the donkey-work on the family farm in Sussex, when Rupert isn’t working as a lawyer in the City.

The excuse given for this trip is a desire to reach a famous photography event being staged in Bangladesh at a certain time.

As a ticking-clock motivation, it seems a little random, but at least it provides Rupert and Jan with a specific goal.

Rupert is clearly the glamorous member of the pair – eccentric to a fault, but with the ability to charm and bewilder his friends and acquaintances in equal measure.

Part of the appeal of this curious road movie is who it manages to rope into assisting it.

Foreign correspondent – and at one time a fixture on New Zealand TV - Anita McNaught and more unexpected is the executive producer of Romantic Road, former movie star Sharon Stone.

Goodness knows what the American star of Basic Instinct saw in the adventures of a couple of English toffs.

All the comments from Rupert and Jan’s family and friends – from their car mechanic to the Earl of Selborne - stress that the brains of the outfit belong to Jan.

But we mostly have to take that on faith.  Jan’s not a keen talker, and the few times she does we get the impression that she’d rather not.

And while the trip across India’s lengthy north is interesting enough, and gorgeous to look at, we’re a little starved of actual incident.

Mostly the Romantic Road goes pretty much according to plan.  Even the inevitable hiccups along the way – a few breakdowns of the veteran car, red-tape problems at the various borders - are taken in stride by the supremely confident Rupert.

For anyone who thought that Phileas Fogg, the gentleman adventurer in Around the World in 80 Days, was a clichéd figment of the imagination of Jules Verne, Rupert Grey is him to a T.

Their adventures may be a bit less extreme than their Victorian predecessor, but the Greys are delightful company.  You can’t help feeling they give colonials a better name than they deserve.