Where’d You Go, Bernadette is a film that depends more than usual on the charm of its central character – a madcap housewife and mother who spends much of her time antagonizing her neighbours in suburban Seattle. 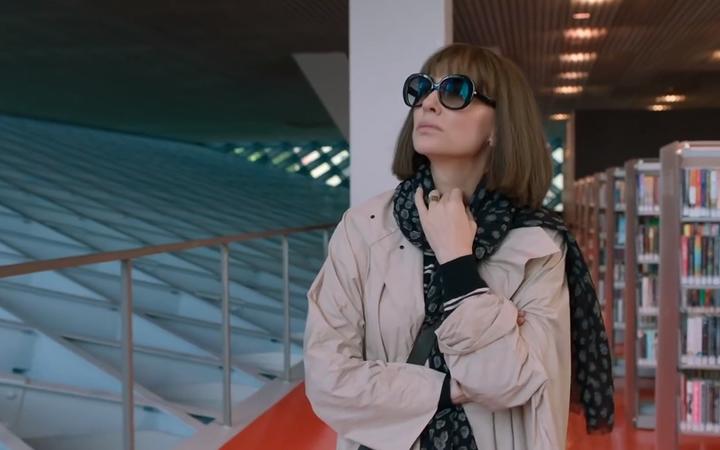 As played by Cate Blanchett, she’s allowed plenty of latitude by her husband and daughter because she’s funny, she’s quirky and…  well, she’s Cate Blanchett.

Speaking for myself though, none of these attributes are quite enough to do the job.

The source of Bernadette’s disgruntlement is that she used to be something more – a brilliant architect in fact - but she let it go to be a wife and mother.

Hubby incidentally may be a highly successful Microsoft executive, but he isn’t paying her quite enough attention.

Compensating for Dad spending so much time in the office is daughter Bee, played by an attractive newcomer called Emma Nelson.

She loves Mum for all her faults and thinks Bernadette’s only problem is that she’s just too damn awesome.

In fact Bee does much of the heavy emotional lifting in Where’d You Go, Bernadette.  She can obviously see things in her mother that elude the rest of us.

Blanchett is undoubtedly a brilliant actor, but that’s not quite the same thing as being instantly likeable, in the way that, say, Olivia Colman or Julia Roberts are.

Without that casting short-cut, all I could see was the bad behavior. I certainly saw no evidence of Bernadette spending too much time thinking of her family, or indeed of anyone but herself.

It’s hard not to think of words like “white, rich, privileged and demanding”.

As the title suggests, Bernadette suddenly takes off – typically without telling her husband or daughter – and goes ‘in search of herself’.

Her family prove themselves rather more admirable than I would have been, by immediately taking off in search of her.

Where’d you go, Bernadette was originally a best-selling book, and it’s directed by Richard Linklater, the talented auteur of films like the Before Sunrise trilogy and Boyhood.

But the usual charm of his films is relegated to the outskirts of this one.