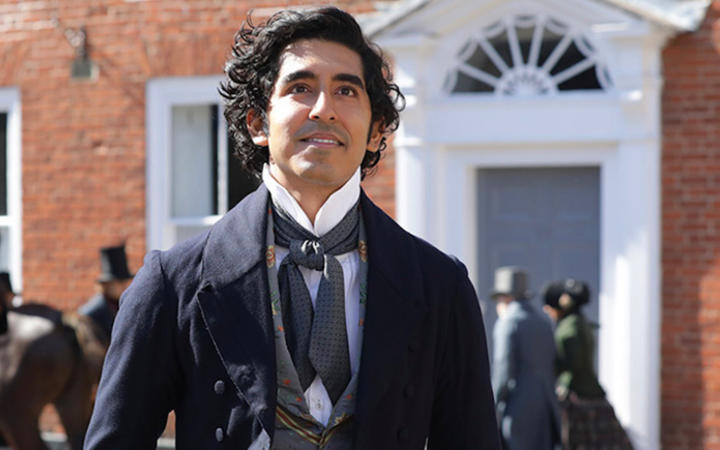 Like most adaptations of Dickens, it’s undeniably a romp, art-directed and costumed to the hilt, with a colourful cast.

Unlike most adaptations of Dickens, it makes no attempt to stay mono-culturally Anglo-Saxon.

It seems Iannucci’s plan is to wrest David Copperfield out of the dusty past and into modern London.

Hence the heroic use of “colour-blind casting”, which is all very well if the casting is good enough. And if it doesn’t get in the way of the story.

The trouble with Dickens is there’s just so much of him.   There have been one or two decent two-and-a-bit hour film versions of his shorter books – Oliver Twist and Great Expectations, notably.

But good versions of the longer ones have been mostly TV serials. Certainly the best David Copperfields of my past came courtesy of the BBC.

David Copperfield the book is both Armando Iannucci’s favourite Dickens, and the pet of the author himself - probably because there was so much of his own life in it.

Dickens’ sweet but hopeless mother is reflected in both David’s mother, and later in the equally fluffy Dora – in the film they’re both played by the same actress.

Dickens’ own feckless father, always only a few steps ahead of his creditors, was transformed into one of his most famous characters - Mr Micawber, played here by Iannucci favourite Peter Capaldi with a slightly approximate Cockney accent.

The comedy characters do well enough in this David Copperfield, but the missing ingredient is Dickensian melodrama and villainy.

The wicked stepfather Mr Murdstone and David’s treacherous best friend Steerforth flicker on screen briefly but fail to leave much of a mark.

Far more reliable are the performances of the already pretty Dickensian Tilda Swinton as David’s aunt Betsy Trotwood, and her vague companion Mr Dick, played without breaking a sweat by Hugh Laurie.

Director Iannucci’s background is hard-hitting political satire – TV shows like The Thick of It and Veep, and the brilliant film The death of Stalin.

You’d expect him to be a good fit with Dickens’ angry portrayals of workhouses, slums and debtors’ prisons.  But satire’s not his primary intention here.

This is both a love-letter to the author, and an attempt to show he’s still relevant nearly 200 years later.

The adaptation isn’t always literal. Many bits of the original are cast adrift to make room, other bits are treated as faulty memory, or simply swept under the carpet when they don’t fit.

My problem is that my own memories of the book and other screen versions, are still too vivid and fond to allow for as much tampering as this film is guilty of.

There are some good performances – particularly from Dev Patel – but not enough. And I’m sorry – with this cast and director – that my overall feeling at the end was one of disappointment.

What could have been a bold reimagining of David Copperfield for post-Brexit Britain, instead comes across as a little random and unconvincing.

The best bits were the most traditionally Dickens, I thought.   But I suspect Iannucci, for all his love of Dickens, just hasn’t got it in him to stay “traditional”.