Movie review: God of the Piano

Israeli film-maker Itay Tal has made his debut as a writer, director and producer with a film called God of the Piano.  Before that, he’d worked as a film editor.

But this is a remarkably assured first movie, set in the world of music and academia. 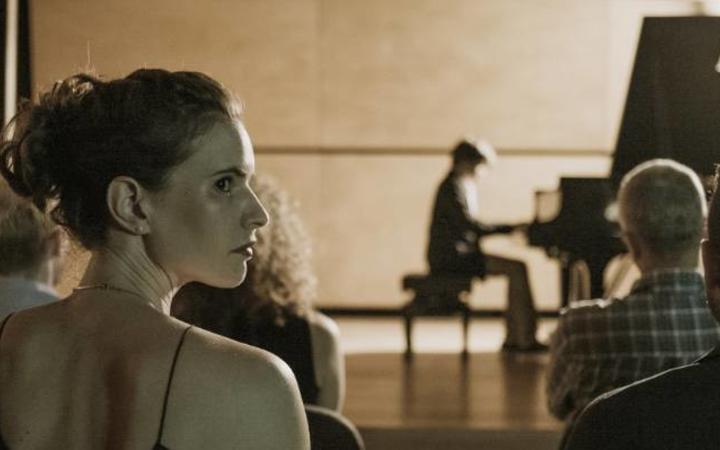 Pianist Anat is a driven musician - driven by both a will to succeed, but also by her need to live up to the expectations of her famous father. Professor Arieh Marom is the leading light of the top music academy in the country.

How driven is she? Anat was actually playing a concert when her waters broke for the birth of her son.

Anat’s husband struggles to keep up with his wife’s demands – particularly when the doctors who delivered baby Idan bring bad news.  The baby is deaf – permanently or temporarily, they can’t tell.

For a musician, this is devastating.  But there’s always hope.

And that unlikely hope pays off.  Against all expectations – Anat’s husband has already booked them into sign language classes – Idan suddenly regains his hearing. It’s a miracle.

Part of what drives Anat is the fact she’s virtually the only woman in an all-male, musical family. Aside from her demanding father, there’s her brother, her uncles and – to one side – her non-musical husband, trying to give their child some balance in his life.

But this doesn’t fit with Anat’s plans. Now that motherhood, she thinks, has robbed her of the chance to live up to her father’s ever-increasing expectations, she puts all those ambitions onto her son.

Young Idan seems to go along with it. Under his mother’s tuition and encouragement, he becomes a very promising pianist.

But promising isn’t enough for Anat. And nor is it enough for her father, who tells her he won’t give Idan any special preference when it comes to qualifying for the Academy.

Idan has to succeed on his own merits, but that’s too risky for his mother.

Anat coaches Idan in winning strategies, even buttering up celebrity pianists to endorse the boy in the weeks leading up to the Academy evaluation.

And the Professor takes pride in the standards he sets.  There are two kinds of musicians, he warns his daughter and grandson. There are real composers and there are mere technicians.

Music as a battle-ground is not unfamiliar ground, perhaps.  We think of Amadeus, where the dull but worthy Salieri finds himself outshone by the God-given talent of the young Mozart. And then there’s Whiplash, and the torture the sadistic teacher inflicts on his drum student.

God of the Piano has elements of both films, with added family politics. But its major strength is its punchiness and its brevity.

The ending to God of the Piano, when it comes, is breathtaking because we didn’t see it coming.  And the little coda afterwards, where Anat suddenly confronts a road not taken, is all the more touching because it imagines a life where music isn’t the sole consideration.