There’s an old bit of advice often quoted to would-be hit film-makers.  If you want to make a splash for not too much money, you can’t go past the horror genre. 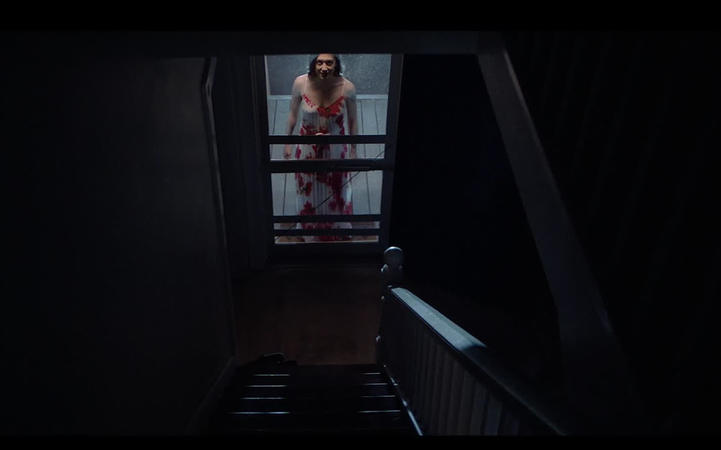 And the latest example of a no-star, minimal special-effects thriller made by someone you’ve never heard of, is called The Wretched.

Given a choice, I generally tend to run a mile from horror films. The only thing worse than a really effective one – one that regularly makes me jump out of my skin – is a really stupid one, where I keep nodding off into my popcorn.

Well, I wasn’t given the choice this week, and The Wretched, written and directed by brothers Brett and Drew Pierce, is certainly one of the effective ones.

Our young hero Ben is staying with his Dad, following his parents’ divorce. He’s bitterly resentful, particularly since the next door neighbours – Mum, Dad and two young kids - seem so happy.  Or are they?

Ben has a holiday job with his Dad at the local marina, where he meets feisty young Mallory and her slightly knuckleheaded teen mates. So far, so horror-film standard.

But Ben is more interested in what’s going on at the neighbour’s house. He asks young Dylan if he’s seen anything lurking around in his basement?

Dylan goes home and discovers there is something weird under the house, and indeed in the house.   Mum in particular seems to have changed.

For a start she’s become very keen on hunting deer, then skinning it in front of the tiny tots.   Hasn’t she heard of the words “inappropriate” and “boundaries”?

Clearly not, because the movie’s sound-track – the most effective aspect of The Wretched – has started to go bananas every time Mum appears on the screen.

The story initially alternates between the points of view of teen Ben and young Dylan, culminating in Dylan scuttling next door to escape Mum – or is it Mum? – and seeking sanctuary with Ben – or is it Ben?

No, I’m just messing with you, it really is Ben!  Though the story is as much about misplaced people and memory as it is about creepy monsters in the woods.

Ben is puzzled when people go missing, and more so when other people don’t seem to notice they’ve gone missing.

Underneath the pretty efficient horror-movie hocus-pocus, there’s are subtextual themes of reality and perception, as well as kids reacting to their parents’ divorces.

Suddenly Mum and Dad are no longer these idealized people looking after us, says The Wretched.  Now they’re flawed individuals, capable of making bad decisions and bringing unsavory things into our lives.

And I suppose in a post-Covid, lockdown world, The Wretched has an unexpected, extra message we can all relate to. We finally started paying attention to our neighbours.

What’s going on in there? Are they really as harmless as we thought?

In other words, effective low-budget genre film-making, and not the worst example.  It’s likely the Pierce Brothers will follow in the footsteps of past B-movie graduates like Ridley Scott, James Cameron and Jordan Peele. Whether bigger will mean better remains to be seen.