Rosie shares more than a little DNA with Ken Loach’s early calling card, the 1966 TV film Cathy Come Home, and not just because they’re about homelessness.

Rosie’s written by award-winning Irish novelist Roddy Doyle – still probably best known for the movie of his book The Commitments. 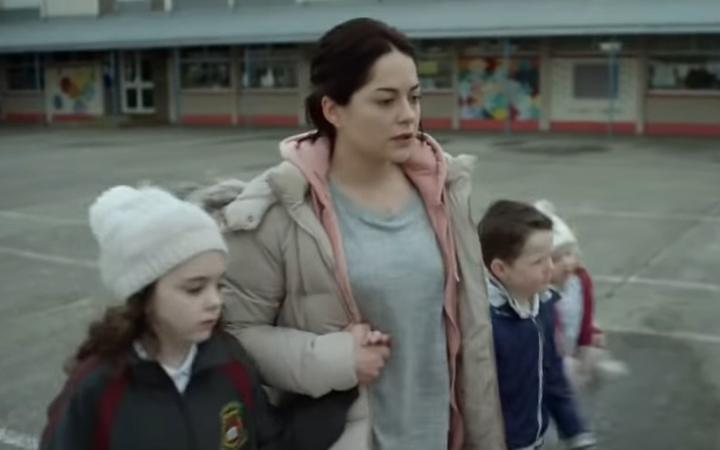 It features a cast of mostly unknowns, led by the fiery Sarah Greene as Rosie herself, who we meet dressing her four kids in her car.

Like many people in Ireland now, Rosie has found herself with nowhere to live after the family’s flat was sold by the landlord.

While her husband John-Paul works all day as a dishwasher at a diner, Rosie spends the day on the phone, looking for temporary accommodation.

She’s working down a list of cheap hotels provided by the council because there aren’t enough flats available – sound familiar?

And she’s long given up looking for sufficient accommodation for a family of six.  Now all she wants is one room – euphemistically called a “family room” - for long enough to be able to look for something more permanent.

It sounds harrowing – particularly if you’re used to the more sugar-coated variety of “issue movies” - the ones where Sandra Bullock or Will Smith ride in to the rescue before the end.

Rosie won’t do that. It has too much respect for the real-life Rosies struggling to make the best of their impossible situation.

Rosie herself refuses to see her family as “homeless”.  Just the word implies no end, and no solution.

But the bravery with which she and her four kids – ranging between about 14 to 5 – tackle their life doesn’t let anyone off the hook. In a way, we’re even angrier that people in a First World capital city should be forced to live like this.

Rosie reminds us that, for a few years, Ireland was considered to be a poster-country for neo-liberal capitalism.  Remember the “Celtic Tiger”, the Irish equivalent of our own “Rock Star Economy”?

Films like this, and the equally pointed films of Ken Loach and a very few others, remind us of what’s left over for the vast majority of non-tigers or rock-stars.

Rosie isn’t alone, of course.  Her friends and family - just one lucky break from being in the same circumstance themselves - offer what help they can.  Though that’s mostly limited to the occasional use of showers and toilets.

And there’s no wriggle-room if anything unexpected happens, whether it’s inconvenient overtime for John-Paul, or one of the kids going missing at school.

Which way will Rosie go – a tacked-on happy ending, or a defeatist, tragic one?  Either way could be seen as a cop out.

But trust Roddy Doyle and the film’s director Paddy Breathnach not to give us an easy out.

This is a clear-eyed snapshot of people we come to love getting through two days and nights.  The ending breaks your heart, despite - or maybe because – it’s so determined not to.