A while back, a Swedish film called Force Majeur won over quite a broad festival audience by turning away from the Nordic noir approach that had made that country’s international reputation.

Force Majeur was a rather bleak comedy that shone a very harsh light on a family on holiday in the mountains. 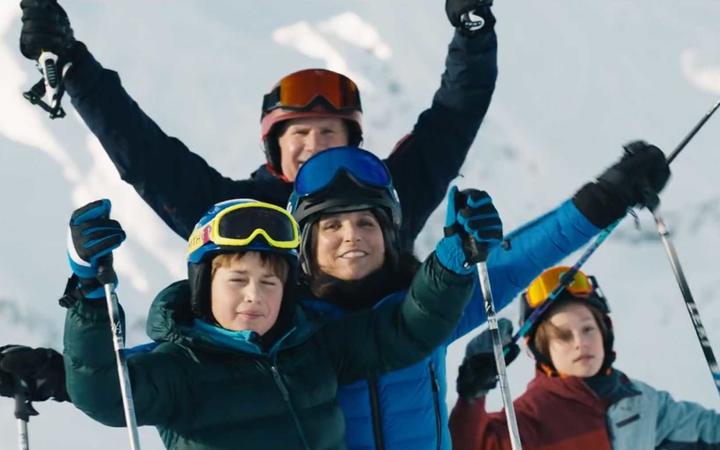 And, like many arthouse hits, it was decided an American version could be even more successful.

There’s no reason why this shouldn’t be the case, and the film Downhill sticks very closely – at the start, at any rate – to the original story.

Pete and Billie – Will Ferrell and Julia Louis-Dreyfus – have taken their two young boys up into the mountains of Austria for a holiday. Pete is still grieving for his late father. Billie is getting a little sick of hearing about it.

Neither parent is American family-movie perfect, clearly. And neither Julia Louis-Dreyfus or Will Ferrell are allowed to rely on their usual lovable shtick.

This is serious comedy, drawn up by the English writer of the sitcom Peepshow and more recently the more dramatic series, Succession. And the directors of Downhill are the Oscar-winning writers of the George Clooney hit, The Descendents.

So what I’m saying is it’s difficult to fault the quality of the talent, all in service to a very successful original.

So, here’s what happens. The two parents are mildly bickering over the plans for the day. Pete wants to take on a challenging run, the rest of the family are a bit dubious.

In the background there are regular explosions up the mountains – controlled avalanches, we’re told, to make sure the snow is skiable.

But this time, something appears to go wrong. That’s a pretty big avalanche heading towards the outdoor café.

Billie throws herself over the boys to protect them from the snow, which turns out, fortunately, to be more sound than fury. But they can’t help noticing that Pete was nowhere to be seen.

He returns shortly afterwards, but as far as Billie’s concerned it’s too little, too late.

In a way, it was the grabbing the phone first before making his escape that added the worst insult to the injury.

Pete hotly denies the accusation of cowardice, and offers some, shall we say, alternative facts to another couple later.

The fact is, it’s going to be very difficult to come back from this, though this is the trick that Pete – and the film – are both forced to attempt.

Pete is deeply embarrassed by his action, so embarrassed that he attempts a fairly pathetic – you might even call it the Prince Andrew - defense.  How could he have run away?  He was wearing snow boots.

But despite the best efforts by a game, and usually appealing, cast, there’s a sour note to Downhill that’s difficult to counter.   We want to sympathize – or at least empathize – with both Billie and Pete.

But try as we may, they’re both rather unlikable. Pete is a bit of a wimp, while Billie is fixated with being proved right all the time. She is a lawyer, after all.

Along the way both Pete and Billie’s positions are given unhelpful support – whether it’s Miranda Otto as an often hilarious travel agent, or Zoe Chao as the even more judgmental acquaintance of Billie.

It should have worked, and in certain circles I’m sure it will work.  But right now perhaps, times are so unrelentingly awful that a black comedy about the shades of grey in a marriage is almost too much to face.

Once things cheer up and the big blockbusters start wearing out the welcome for unsophisticated fun, maybe then we’ll welcome films like Downhill. Just not this week.