When the romantic comedy Crazy Rich Asians hit the cinemas last year it established two things. First, that China was definitely hot - particularly the culture clash between native Chinese and American Chinese - and second, the person who can personify that clash best is a musician/actor who calls herself Awkwafina.

She got her name from a brand of bottled water, and pretty much stole Crazy Rich Asians in the wacky best friend role, then did the same thing as the card-sharp in Ocean's 8.

Now she expands into sentimental drama-comedy with The Farewell.

The Farewell is more uncompromisingly Chinese-oriented than the star's previous two hits - she was actually required to learn Chinese to play the role of Billi - and many of the rest of the cast are actually Chinese stars at home.

Billi lives in New York with her parents, though she regularly visits her beloved grandma - Nai Nai - in China. She's shocked to learn that Nai Nai is dying, and even more so when she learns no one must tell her.

The cover story is that Billi's cousin is about to have a hasty, last-minute wedding with his new Japanese girlfriend as the excuse for the sudden family get-together.

Billi is initially forbidden to come because she's most likely to spill the beans.

The story is so - frankly - nuts, that it can only be - as the film markets itself - based on a real-life lie.

Writer-director Lulu Wang based it almost entirely on her own relationship with her grandmother, and Awkwafina agreed to be in the film as a present to her own grandmother.

Grandmothers clearly carry a lot of weight in China.

While the newly-bankable Awkwafina was clearly the lure to get the film made, reaction to The Farewell has been equally attracted to veteran Chinese star Zhao Suzhen, who's a delight as the grandmother. 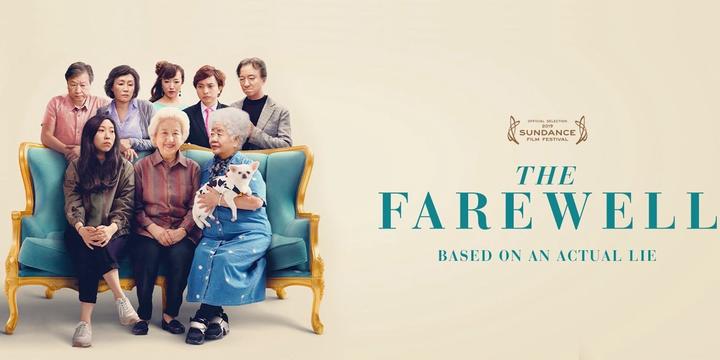 The film's drama may be about keeping Nai Nai from finding out the truth, but the comedy is in watching her get closer and closer to what's going on. For instance, she's very suspicious of the allegedly happy couple - and why they're so keen to get married, since they barely seem to know each other - and she's puzzled at the mixed messages she gets whenever she visits the doctor, particularly from Billi.

While the film mostly rests on Billi's relationship with Nai Nai, there are clearly issues between the very American Billi and her Chinese-born mother, who wants to know what is it about Americans and telling everyone about their feelings.

"What do you want me to do? To scream and cry, like you?"

So what's better, asks the film: The American way - tell Grandma the truth, and let everyone grieve together - or do it the Chinese way, brush it all under the emotional carpet so that Grandma can remain happy in her ignorance.

You'd think it a flimsy basis for a story - and there really isn't much more to The Farewell than this, but the response - in both America and China - has been remarkably positive, inspired as much by the attractive performances as by the undemanding story.