Amazing Grace is a documentary about the best-selling gospel album ever, featuring the Queen of Soul, Aretha Franklin.

In 1972, Aretha Franklin was not only phenomenally popular – according to the documentary Amazing Grace, she was coming off the back of 11 Number One singles – she was, arguably, the best singer in the world in any genre.

So when the Lady of Soul announced she wanted to make a live gospel album, the response was simple. Pick a date. And while you’re at it, would you like a big Warner Brothers film of the event?

Franklin, who in many ways defined the term “diva”, graciously consented – at the time.

Hollywood veteran Sydney Pollock was brought in to direct - despite no experience covering a music event - and Franklin chose the New Bethel Baptist Church in downtown LA, with a choir run by her old mentor the Reverend James Cleveland.

“Aretha’s got some fantastic people that came this week, helped us to put together what you’re going to witness tonight. Great fellows, they work in the band, it’s been a privilege and a pleasure to work with them," Rev Cleveland says.

The icing on the cake was Franklin’s own band, featuring superstar rhythm section Chuck Rainey and Bernard Purdie at the peak of their powers, and what could go wrong?

The film Amazing Grace shows what might have happened in 1972 if nothing had gone wrong. 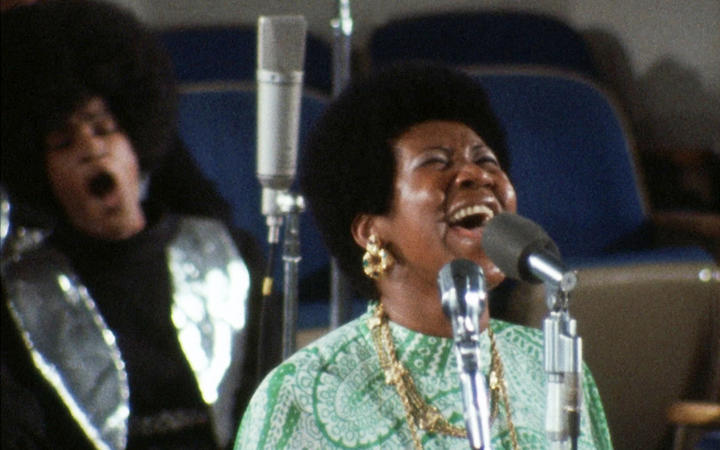 In fact, the footage refused to sync up, and while the recording of the event became the most successful gospel album ever made, the prickly Franklin refused to allow any of the film footage to be released.

Even when digital technology allowed new director Alan Elliott to make the film as it was originally intended, Franklin still forbade its use, at one stage even suing the film company.

Only after her death last year, it was finally seen.

But that’s Franklin, and this film reflects what you take on when you film the greatest singer in the world.

She says about five words in the whole movie, and when she’s not singing, she has a strangely enigmatic expression, as if she’s sizing up the time and the place.

“She could have very easily gone into a studio and done this album, but she wanted to do something live and the only reason we want to do this live is to get the audience’s participation – so now those of you here have got to sound like about 2000 [people], can you sound like 2000? Let me hear you, come on! [Cheering and applause in agreement]," Rev Cleveland says.

Franklin started out in gospel with her equally famous father, the Reverend C. L. Franklin.

And when the phenomenally gifted pianist starts singing Marvin Gaye’s Holy Holy, she showcases why she really deserves “the best singer in the world” title. In fact, the entirety of the film, Amazing Grace, is devoted to clarifying that. 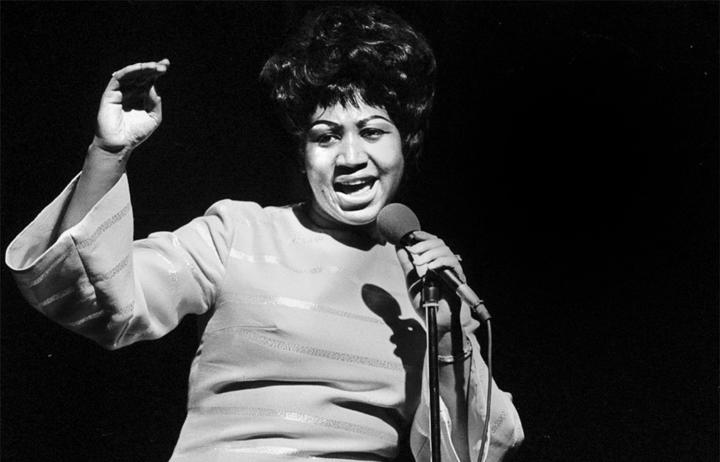 It’s not just the notes or the phrasing – the gaps between the notes – or the total control Franklin displays. It’s the crazy daring within the songs. I mean, most people who sing “Amazing Grace” start low so they can build up to a big, stirring high note at the end.

Not the Queen of Soul. She starts high, then takes off in totally unexpected directions, while the audience and the Southern California Community Choir struggle to keep up.

Among the audience are a mesmerized Mick Jagger and Charlie Watts, taking time off from recording their own gospel-infused album, Exile on Main Street. And they’re surrounded by LA church folk in their Sunday best, whooping, cheering and at one stage tap-dancing for the Lord.

In the middle of it all, there’s Franklin, effortlessly amazing every time she opens her mouth.

In the audience are her two old teachers - James Cleveland and her father, the Reverend Franklin. But even they concede, there’s nothing they – or anyone – can teach her now.