When the Disney Corporation started doing live remakes of all its animated classics a few years ago, there were mixed feelings.

Ninety percent of those feelings were "Stop! Leave them alone!" And the other ten percent were a grudging "Well, I guess today's kids haven't seen them, and the originals are looking a little rusty." 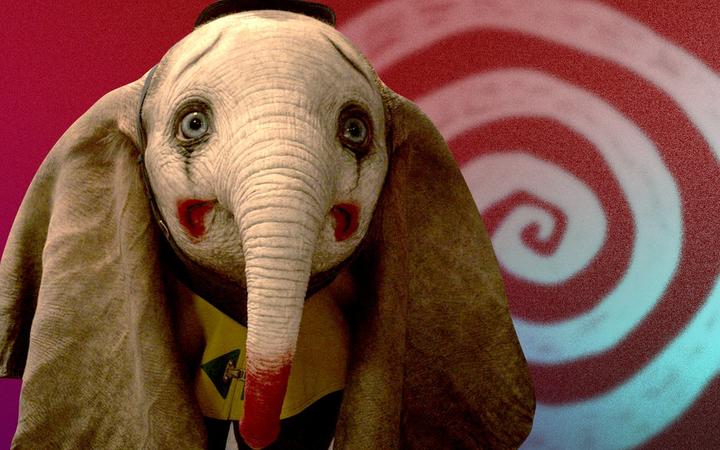 Which brings us to Dumbo.

Films like Beauty and the Beast and Cinderella could just about get away with a live-action version. They are, after all, old-fashioned fairy-tales.

But it's harder when you've got a film that's based on whimsy - not to mention flying elephants.

The original 1941 Dumbo - the story of a baby elephant, picked on for his gigantic ears - was an anomaly even among Disney animated features.

For a start, it was half the length of most of them, the lead character didn't talk, most of the dialogue came from a talking mouse, and the punch line was led by a quartet of comedy crows who'd never make the cut in today's more sensitive climate.

But degree of difficulty is no excuse for what they did to Dumbo.

When I say "they", I suppose I mean auteur Tim Burton, who's certainly copping much of the blame for this dismal remake.

But it's not entirely Burton's fault. I mean the script was written two years ago. Did nobody read it?

When Burton laid out what he was going to do to the charming story - i.e. ruin it - surely someone in the vast Disney Corporation must have noticed?

What Burton did essentially was start where the original left off. If you're a fan of the 1941 Dumbo you'll remember that the tiny pachyderm's aural extensions turned out to be his biggest assets.

But Tim Burton - the man, you may remember who improved Alice in Wonderland to death a few years ago - thinks there's more to the story.

In fact the "more story" bears so little resemblance to the original that you wonder if Burton had this one tucked away somewhere, waiting for a chance to produce it.

Blending the tale of war veteran Colin Farrell returning to his job at the circus minus an arm with the story of Timothy Q Mouse and the Elephant Who Can Fly seems a bit of a tall order.

But Timothy Q Burton rolls up his sleeves and gets to work.

First he introduces two rival circus-owners - a nice one played by Danny De Vito, and a bad one, played by Burton regular Michael Keaton.

Then he gives Farrell two adorable kids - Milly and Joe. They're the ones who discover that Dumbo can fly, so long as he has a Magic Feather.

This is a gross simplification of the original Dumbo/Feather plot device, but no matter. There are more simplifications coming up.

They're called Easter Eggs in the trade - winking references for those in the know, including passing shots of mice, Pink Elephants, storks and snippets of the original tunes. Including, unforgivably, several travesties of the classic "Baby Mine".

Two years ago, when the prospect of a photo-real Dumbo was first raised, the general opinion of the Great Unwashed was this was never going to work.

Well, it's not always the case, but this time the Great Unwashed were spot on. It's awful, and everyone involved should be ashamed.

Burton's stock in trade - childlike, dark, gothic - has turned into an obsessive shtick now - the sort of thing you'd expect from a guy who's spent too long in an antique toy-store. Like a wooden toy elephant, this Dumbo resolutely refuses to fly.