Review - It's is the sort of autobiographical masterpiece we associate with the '70s and '80s.

It's like nothing we've seen for at least 20 years, and it's directed by Mexican Alfonso Cuaron, one of the best directors in the world. It looks and sounds several million dollars and there isn't a dry eye in the house by the end.

It's called Roma, and made its debut at the prestigious Venice Film Festival, where it dazzled everyone who saw it.

It won the Golden Lion despite being resolutely untrendy, with no stars, no relevance to the political or social issues of 2018, in Spanish - mostly - and black and white.

The title Roma refers to a middle-class district in Mexico City, where writer-director Cuaron was brought up, and which he's recaptured in almost obsessive detail.

The household is a mother, a father, a grandmother, four children under 13 and two maids, Adela and Cleo.

In Mexico, like in much of Latin America, the maids are the ones doing much of the hands-on raising of the children, as well as tidying, cooking, and generally supporting the family. 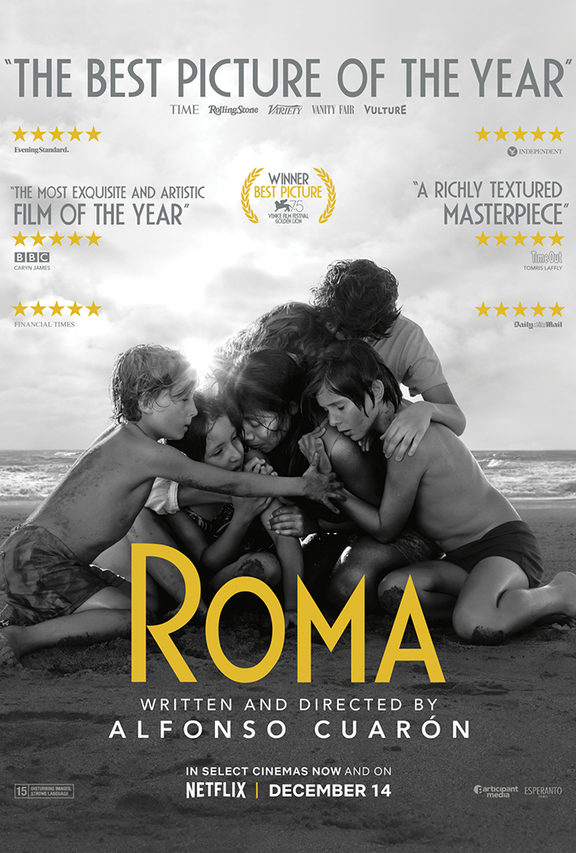 Cleo is an indigenous Mexican - she and Adela speak Mixtecan when they're together - and the story of Roma is a love-letter to maids like her.

They may live up in the attic, but in many ways they're valued members of the family - and indeed think of themselves that way too.

The action takes place in a very specific time - 1970 and 1971, a time of unrest in Mexico, but also in the home of Sofi and Antonio.

He's a doctor, and at the start of the film he's off to Canada on business, he says. But there's clearly more to this than he - and his wife - are letting on.

Meanwhile there are violent protests happening in the streets, despite Cleo's attempts to keep the children away from it.

There's one extraordinary scene where Cleo is shopping at the precise moment a riot breaks out outside in the street. Gunmen chase protesters into the store, and it's clearly not an unusual occurrence.

Scenes like this, and an unexpected earthquake - a little girl and her grandmother immediately drop to their knees in prayer - a local martial arts class later used by cynical politicians for their own purposes… they all combine to create the unique atmosphere of Roma.

But it's not just the setting or the extraordinary texture of the pictures - it's the richest, almost tactile black and white I've ever seen.

It's also the wonderful portrayal of Mexican family life - the bickering children, the often self-centred parents and the patient, heroic presence of Cleo the maid.

Roma is Alfonso Cuaron's masterpiece in a career that also boasts Children of Men, Y Tu Maman Tambien and the Oscar-winning Gravity.

The performance he elicits from first-time actor Yalitza Aparacio as Cleo is a minor miracle. This is Cleo's journey, not just getting the family through a year of trials, but confronting her own dramatic challenges. 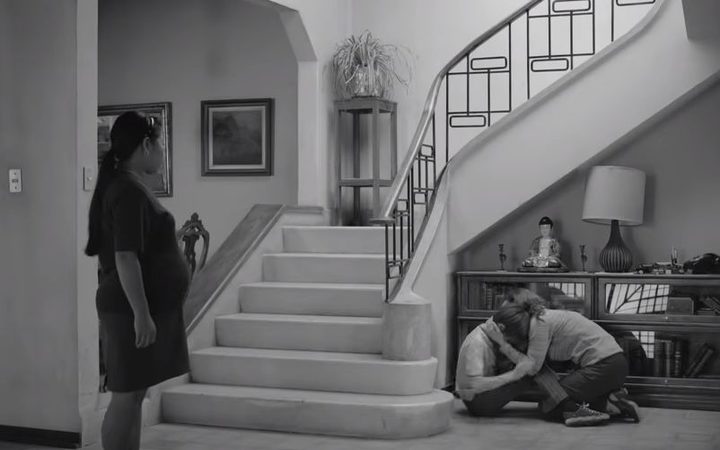 I'm loath to say much more, other than to urge you to see Roma at a cinema rather than on Netflix, where it's heading shortly. You need to be immersed- not just by the dazzling pictures but by the sound: nobody uses back speakers as often - and as well - as Alfonso Cuaron.

Will it earn Cuaron his second Oscar? I'm told it's definitely the one to beat next year - Spanish language or not. But regardless of the Academy's final decision, Roma is one of the most beautiful films of the year.