Review - Since his 1969 breakout in Butch Cassidy and the Sundance Kid, Robert Redford has a movie star: not just a known actor but the star of just about every film he's been in.

It's only right then that at 82 he should take the title role in what he says is his last film: The Old Man & the Gun.

In another pleasing bit of synergy, his role is a real-life bank-robber called Forrest Tucker: a man who'd been inspired most of his life by movie outlaws like Butch Cassidy and the Sundance Kid.

Tucker's story takes place in the early '80s, and we meet him offering to help a lady in distress - Jewel, played by another welcome face, Sissy Spacek.

Maybe Jewel should have paid a bit more attention to all those police sirens going by.

Anyway, they hit it off and go for a cup of coffee together. Jewel is curious about the handsome stranger, who enigmatically explains what he does.

"So you walk right up, look her in the eye and you say 'ma'am, this is a robbery' and you show her the gun, like this. And you say 'wouldn't want you to get hurt, because I like you, I like you a lot, so don't go breaking my heart now, okay'."

She thinks he's joking, but we know he isn't - he's discovered the most stress-free method of bank-robbery there is.

You don't need to make a big fuss. Just show the teller or the bank manager your gun, and let them know you're prepared to use it. It helps he's got two side-kicks - the equally venerable Danny Glover and Tom Waits. 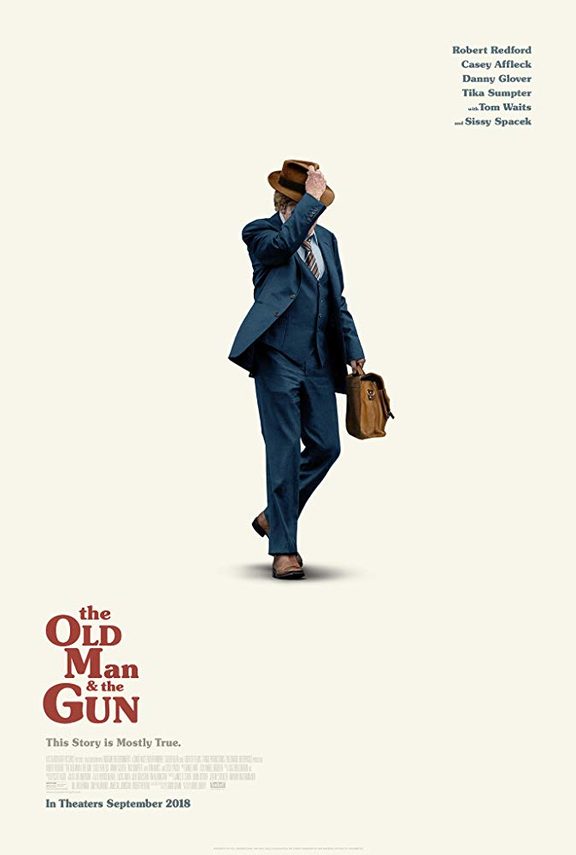 The detective put on the case of what the newspapers start calling the 'Over The Hill Gang' is John Hunt, played by Casey Affleck.

Hunt discovers that it's not just newspaper readers who warm to likeable rogues like this: even the banks find it hard to hate them.

The Old Man & the Gun is written and directed by David Lowery, who made his name with two contrasting films a year or so ago. There was the Disney fantasy Pete's Dragon that featured Robert Redford, and the strange, delightful A Ghost Story starring Casey Affleck (under a sheet most of the time).

This film is different again, though it shares the goofy appeal of the first, and the bittersweet romance of the second.

Sissy Spacek and Robert Redford are delightful together, and you find yourself hoping things work out for them.

The Old Man & the Gun isn't really about romance though, or even about robbing banks. It's really about the American Dream, which - contrary to reports - is less about making a fortune, more about being left to be who you want to be. 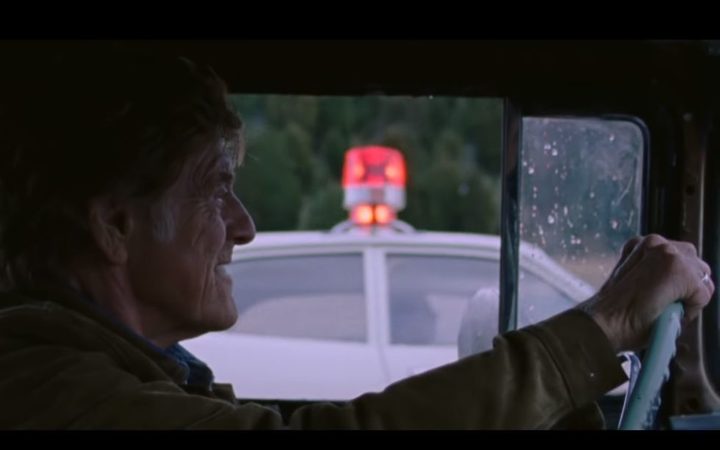 Robert Redford as Forrest Tucker in 'The Old Man & the Gun'. Photo: YouTube / Fair Use

The irony is that Forrest Tucker clearly wanted to be a Robert Redford character all his life - the Sundance Kid, or Johnny Hooker in The Sting, or any of the other likeable, innocent outlaws Redford played for over half a century.

Like so many other entries into the "old folks bank robber" genre it's all in the telling, and David Lowery has made sure that the story doesn't get too bogged down by prosaic facts.

It's a likeably tall tale of the reasonably modern West and, as the opening title says, "this story is mostly true".

In fact, a film like this is close in flavor to the old-fashioned Western the Coen Brothers tried to pay tribute to in their Netflix film The Ballad of Buster Scruggs.

While the ultra-cool Coens could bring skill and smarts to their film, canny old Redford - who also produced The Old Man & the Gun, brought heart.

That's often the most compelling reason there is to see any movie.