In Christopher Robin, the story boffins at Disney wonder what would happen if the adult Christopher was ever to meet up again with his adorable beloved stuffed animal friends.

Disney has been doing a lot of this sort of thing lately, remaking or reimagining some of their older and much-loved properties in often hugely expensive, special effects-heavy, live action versions.

The cynic in me thought that this was just a way for the House of Mouse to restart the 95-year copyright term for all their ageing golden age films.

After all, the first Mickey Mouse cartoon, Steamboat Willie becomes public property in 2024.

But it's more than this - those early animated films aren't perennial cash cows. Fashions change and kids these days won't sit still long enough for the 1950 Cinderella to work its considerable charms.

They need more, so Disney made it again and, to their credit, spent a shedload of cash on it, too. Cate Blanchett and Kenneth Branagh - real A-listers.

They've kept going - ultra-realistic talking animals in The Jungle Book, Emma Watson as Belle in Beauty and the Beast. Next year they'll be joined by live-action versions of Mulan (directed by Kiwi Niki Caro), Aladdin, Dumbo and The Lady and the Tramp. It's a stampede. 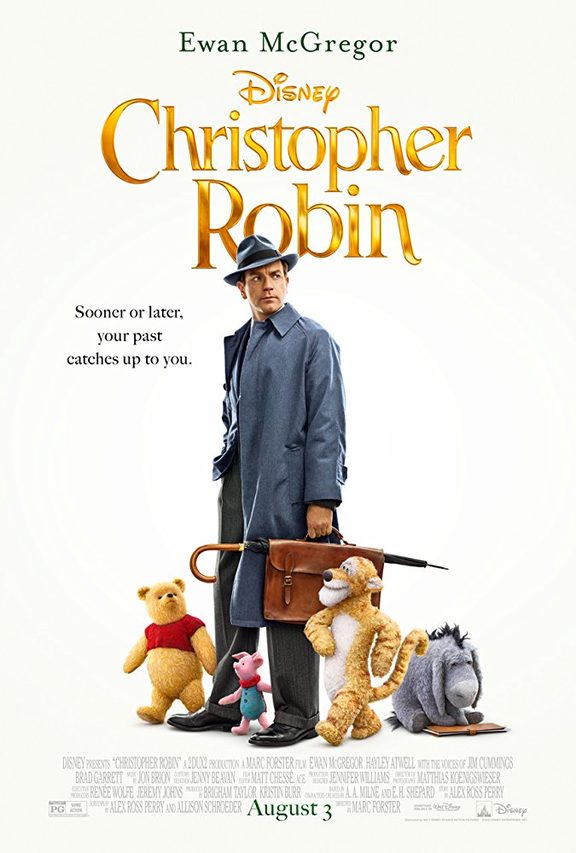 I want to be a grumpy old man about it, I really do, except the films themselves won't let me, and that's especially the case with Christopher Robin.

The ever-boyish Ewan McGregor plays the adult Christopher (or "Mr Robin" as they call him at the failing suitcase company where he now works).

Once he'd grown too old for stuffed toy friends and aimless summer days of adventures with them, he was been packed off to boarding school where, among other hardships, he missed the death of his father.

Life, it seemed, was considerably more serious than his idyllic childhood had led him to believe - and that was even before World War II came along.

As we meet the adult Christopher, he is a stranger to his wife and child and obsessed with serving his company even though the company - and his boss, in the shape of the delightfully unctuous Mark Gatiss from The League of Gentlemen - is offering very little in return.

While Christopher is being swallowed up by soulless corporate life, his former companions are also feeling a bit lost.

In the 100 Acre Wood, a fog has descended and poor old Winnie the Pooh (voiced with pleasing familiarity by the current voice of the animated version, Jim Cummings) is lost and alone, friendless and honey-less.

As a last resort he tries to go through the door in the tree-roots from where Christopher used to emerge. Maybe he can help.

Sure enough, Pooh finds himself in one of those classic English square parks, sitting on a bench behind a very familiar voice.

There follows amusing shenanigans back at the residence, where a stern Christopher tries to be very grown-up around a 'bear with very little brain'. 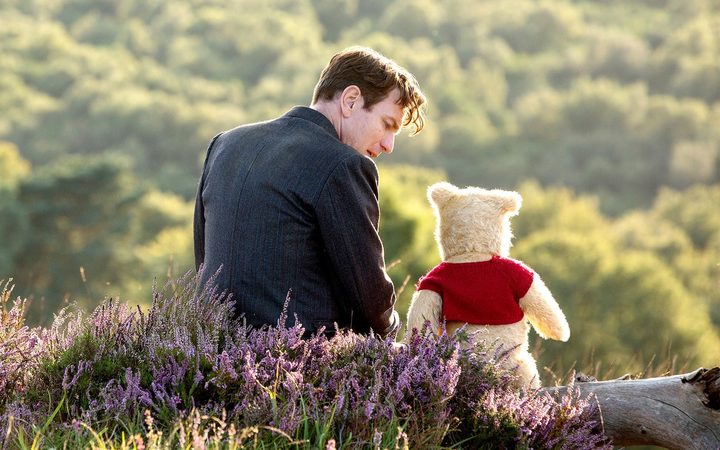 Desperate to get on with his important work of the weekend - making cuts in expenditure at the luggage company without laying off too many workers (because he is a benign middle manager) - Christopher agrees to help Pooh return to Hundred Acre Wood, if only to get him out his now honey-filled hair.

This plan is, of course, easily derailed by the naïve charms of the stuffed teddy bear with no pants and Christopher is soon back in the wood, fighting off heffalumps and rescuing piglets.

Eventually, the roles are reversed, and it is the job of Pooh, Piglet, Tigger and Eeyore - with help from Madeline, Christopher's daughter - to rescue him from the clutches of 20th-century commerce.

Christopher Robin, the film, is a bit of an odd fish. It's the most grown-up G-rated film I think I've ever seen. All of its power - and it has some - comes from moments that won't land at all on anyone under about 40.

Some of that is nostalgia for the original characters - and it must be said that it is mainly the Disney version of these characters that we are being nostalgic for - and there were a few people my age in the audience that almost cheered when Tigger started singing that song about how wonderful he is.

That's not to say the film isn't without its attractions to its younger target audience, it's just that it only flirts with greatness when it's a film about a middle-aged man having to learn what's important about life all over again.

Or maybe that's the bit that got through my defences. 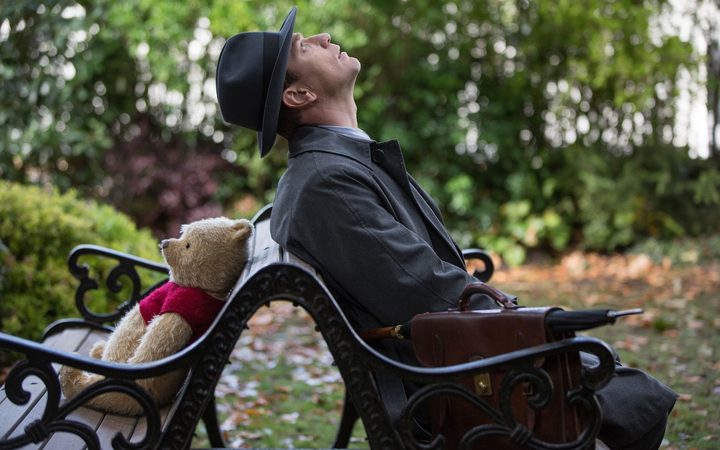 My final thoughts are that the 65mm Kodak cinematography by Matthias Koenigswieser proves that film is not yet dead - at least as a capture technology.

It looks beautifully cinematic even when projected digitally. And, fine though Brad Garrett is as Eeyore, I would have preferred Jonathan Banks (the lugubrious Mike Ermintraut in Breaking Bad and Better Call Saul).