Movie reviews - The Flip Side and Mega Time Squad

With risky movies, there’s a strong chance they might bomb badly, and that’s often the attraction, but there are also unexpected hits among the minority-taste oddballs.

This week, two comedies from either side of the Tasman – a safe, Australian romantic tale called The Flip Side - for no discernable reason - and a rickety, unsafe Kiwi romp called Mega Time Squad.

I'm not sure why so few Australian comedy films seem to cross the ditch to our cinemas. 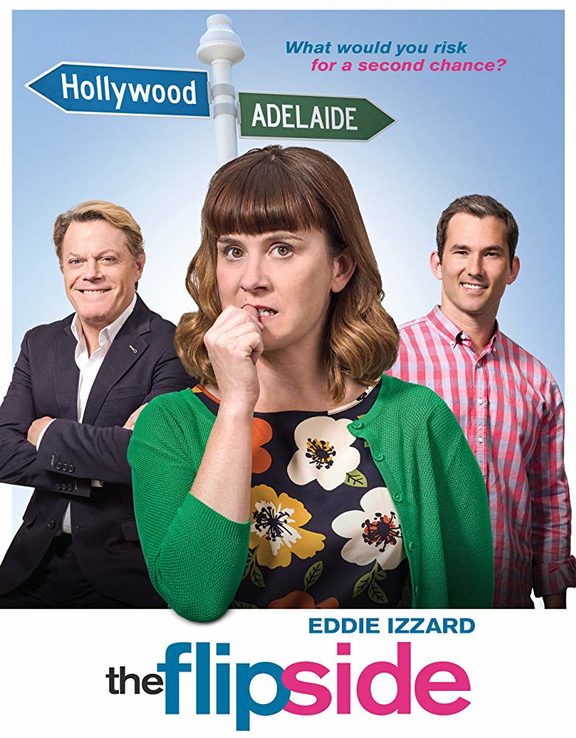 None of those people are in a romantic comedy from Adelaide called The Flip Side. Instead, it stars several people I've heard of and, of all people, Eddie Izzard.

Don't get too excited. Eddie is extraordinarily miscast as a sexy, romantic film star, returning to Adelaide to see an old flame called Ronnie, played by Emily Taheny.

She's the actual star of The Flip Side - I know. Me neither.

Ronnie is married to a doofus called Jeff, and the "comedy" part of the "romantic comedy" is provided by the situation in which Henry the film star - Eddie Izzard - comes to stay with Ronnie and Jeff, with his snobby French girlfriend in tow.

I say it's a romantic comedy, but that's not quite accurate. The script - by first-time director Marion Pilowski - isn't remotely romantic because the characters are so uninteresting and it falls down in the comedy department by containing almost no jokes.

There is one, possibly accidental gag near the end, involving Eddie Izzard, a kangaroo and a tacky tourist boomerang. It's so out of keeping with the rest of the film, I can only surmise Izzard ad-libbed it out of desperation.

The Flip Side certainly needed something, but it needed it a lot earlier than this.

Also in the multiplexes this week is another comedy from closer to home.

At least Kiwi film Mega Time Squad is technically a real comedy in that it contains some recognizable - if generally unrepeatable - jokes. 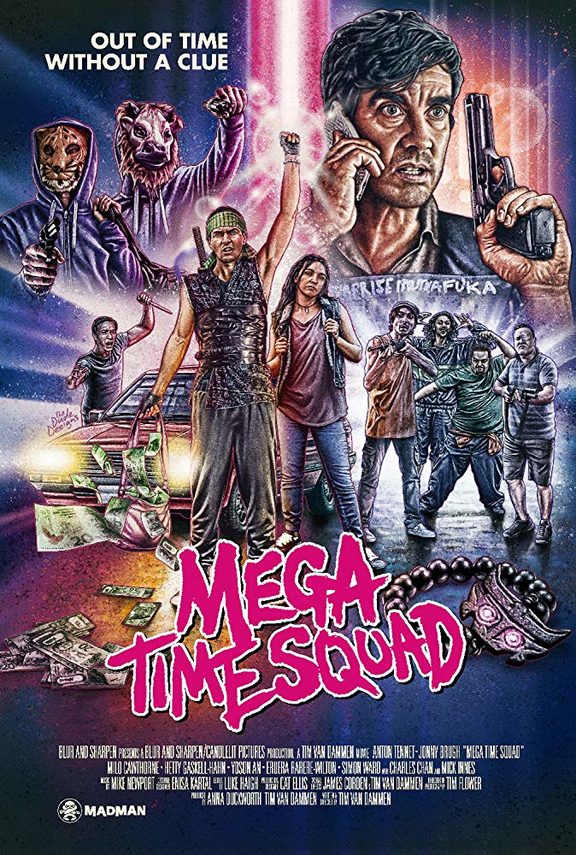 The tale of a bunch of bandits from the tiny town of Thames is straight from the 48 Hour Film Challenge school of comedy.

But to be fair, it's rather better done than you'd expect in many departments.

The acting is merely serviceable, with the exception of the entertaining Jonny Brugh, of What We Do In The Shadows.

Brugh devours the scenery as Thames crime kingpin Sheldon, who sends the gormless John off to collect money from the local Chinese triad.

John decides to steal the money instead, to the surprise of the manager of the triad-owned shop.

The heist goes wrong, John's on the run from both Sheldon and Chinese gangsters, but along the way our idiot hero gets hold of a magic time-travelling amulet.

John keeps flicking back in time - the time-travel effects are rather good for a low-budget film called Mega Time Squad - and, breaking all the laws of this sort of story, he keeps bumping into himself - so much so that he's able to form a gang made up of various versions of him.

I realize this makes very little sense, though to be fair to writer-director Tim Van Dammen it doesn't have to.

Van Dammen is fondly remembered in some circles for his trailer-park rock opera Romeo and Juliet, and like that film, Mega Time Squad has its own goofy charm.

When the various Johns start arguing with each other - all played by deadpan actor Anton Tennet - it's hard not to be a bit impressed by its low-budget skills, and it's always easy to forgive a comedy when it's actually got some jokes in it.

Mega Time Squad is the sort of film that could only come out during the Spring Clean, and it's by no means the worst of that genre.

Park your brain at the door and you'll definitely get some laughs out of it. Even if you might hate yourself immediately afterwards.