Writer-director Debra Granik made the gritty, ultra-realist fairy-tale Winter's Bone, starring a young Jennifer Lawrence as an Ozark Mountain teenager looking for her drug-dealing father. It was wonderful, in part because it treated its low-life characters with respect and didn't judge.

You can say the same thing about Granik's new film Leave No Trace. 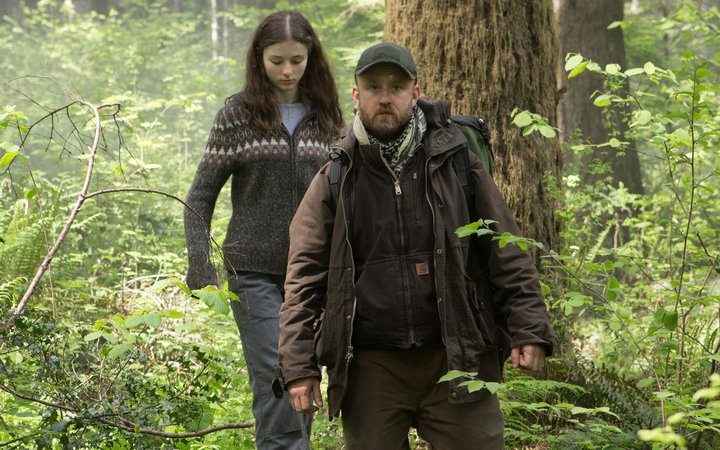 The two leads of Leave No Trace are Will and his daughter Tom - a couple who've decided to live entirely outside the system, and off the grid.

Though in fact that decision is mostly made by Will - played by the versatile Ben Foster as that very American type, the anti-Government survivalist.

His daughter Tom - played by teenage New Zealand actress Thomasin McKenzie - goes along with it.

After her mother - Will's wife - died, the two have been living rough in the Oregon wilderness. Until one day the authorities catch up with them.

Social Services take father and daughter back to civilization. They're clearly worried about the safety of the young girl - and it's a sign of the times that we too are concerned that what Will is putting his daughter through may count as child abuse.

But Leave No Trace goes to a lot of trouble to upend any expectations we may have.

Particularly about Will himself, who isn't your standard right-wing gun-nut rebel, just a man trying to deal with his demons his own way.

Will and Tom, initially at any rate, go along with the authorities' idea of what's an appropriate way to live. Even when it becomes clear that Tom was in no danger - apart from being cut off from the dubious benefits of modern society.

And while Leave No Trace is, in part, about the flip side of America's military power - people like Will who come home damaged - it's very much young Tom's story.

Like Jennifer Lawrence in Winter's Bone, young Thomasin McKenzie takes over the story with her sweetness and total believability. She's terrific here, particularly in the scenes with Ben Foster.

Along the way we meet other people who've given up on the Twenty-First Century - or been given up on - and see how they manage to cope.

Often they cope by helping each other - there's a wonderful generosity of spirit throughout the film - rather than waiting for an official response.

Certainly Will can get by with the bare minimum of company, and he's trained his daughter to do the same. But once Tom starts to engage with the outside world, she wonders if there's more to life than simply surviving.

I'm giving you the bare minimum of the plot of Leave No Trace - the title refers to Will's philosophy of moving through life with the smallest of footprints, and hiding in plain sight the few times you need to pass through town.

They choose to mind their own business, they certainly don't need help when it's not asked for.

Leave No Trace is touching, it's thought-provoking, I can't recommend it highly enough, and like many people I'll be watching the career of young Thomasin Harcourt McKenzie with interest.

I'm loath to jinx her career with the prediction "a star is born", but I don't mind if someone else says it.