The gay romance film is not a new concept but Ideal Home adds a novel dash of farce and has its heart in the right place, regardless of the choice to cast two straight men in the lead roles.

Now that the world has opened up more to LGBTQI, Hollywood has come to the party to fully support - and cash in on - the movement.

Big-budget homosexual romance films have been around for years – Brokeback mountain in 2005, My Beautiful Laundrette in 1985, and Staircase back in 1969 starring Richard Burton and Rex Harrison.

This latest addition is rather lighter on the earnest navel-gazing, however, and heavier on the gags. 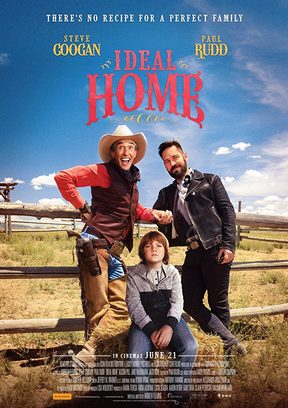 It stars two comedy actors who have typically been typecast: the likable Paul Rudd and irreverently sarcastic Steve Coogan.

Rudd has essentially been giving us a version of himself since his career was launched playing easy-going Josh in the hit comedy Clueless - nice, well-meaning, a bit passive-aggressive and generally a third or fourth banana.

He is allowed to branch out a bit in Ideal Home, playing Paul the bad-tempered gay partner - and director - of Coogan’s cable-TV cooking show host Erasmus.

They bicker and have clearly been together a long time, but one day a 10-year-old boy arrives at their door, the son of Erasmus’s own son Beau (Jake McDorman) from a previous lifestyle.

Beau has been thrown in jail, so the boy – who seems rather secretive about his name – has nowhere else to go but the care of the world’s most irresponsible grandfather.

Erasmus may be the biological grandfather, but it’s obvious the more responsible Paul will be required to do most of the heavy lifting in this new relationship.

You’ll notice this film is not going to let little things like taste get in its way, as it trots out more gay jokes than you can shake a stick at, if that’s your idea of a good time.

Paul protests that neither he nor Erasmus is remotely suited for looking after anything as demanding as a new family member.

Ideal Home has fallen between two stools among the critics. They generally support the idea of a gay farce, but possibly not one acted by two straight comedians.

These are sensitive – possibly over-sensitive – times when it comes to portraying diversity.

To the credit of Rudd, Coogan and writer-director Andrew Fleming, none of the characters are belittled beneath the brush of the broad comedic intent - unless you think running a trashy TV cooking show is demeaning.

The gags are generally good enough, its heart is in the right place, and any messages in Ideal Home are unlikely to topple society, even in the United States’ currently reactionary times. 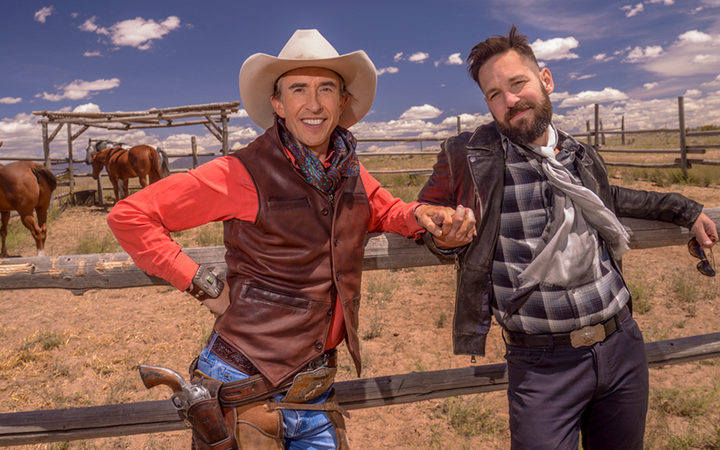 Rudd and Coogan eventually make a surprisingly convincing couple, even if the film is nothing more than a moderately entertaining way to spend an afternoon.

As a curious side-issue, it’s interesting that Coogan has made so few inroads into the American market, despite being so big back home.

Possibly his brand of irony is one of those that simply don’t cross the Atlantic. Perhaps Rudd can find him a role as a villain - sarcasm man or the like - in his next Ant Man outing.