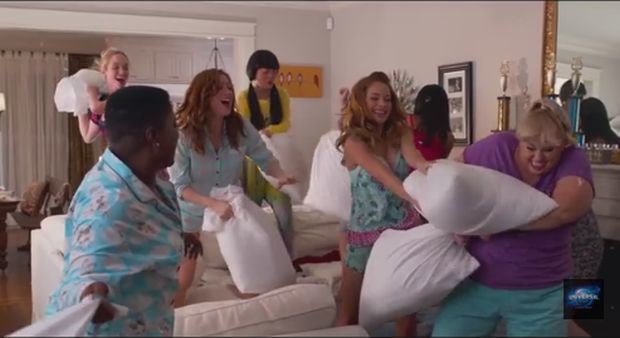 Simon Morris looks at movies aimed at the youth audience, including Australian feelgood flick Paper Planes; the sequel to the popular a cappela vocal movie Pitch Perfect and he talks to Charlie Lyne, an English documentary maker, who’s made a film about the high school movies of the 1990’s and 2000’s. It’s called Beyond Clueless.

The Big Picture with Simon Morris

If you want to feel like a parent in the worst possible way, go and see a modern, young person’s film – particularly one set in an American high school.

Goodness, are kids really behaving like this? Are these the sorts of things they talk about nowadays? What are you wearing? – you look like a tramp! Go upstairs right now, young man/young lady – you’re grounded!

Of course teen movies have always been designed to annoy parents, from Mean Girls and American Pie right back to silent movies like Harold Lloyd’s The Freshman. Whereas pre-teen movies generally ignore grown-ups or tolerate them as a necessary evil.