Photographers Rodney Dekker from Australia and Kiwi Peter Evans on documenting our changing landscapes and trying to change the world.

Peter Evans "in his favourite landscape" and Rodney Dekker.

12:50 Schools of Music back on the drawing board

Wellington and Christchurch's planned new Schools of Music are now both back on the drawing board, what will this mean for our music students and industry?

1:30 When the Rain Stops Falling

Australian playwright and screenwriter Andrew Bovell - the man behind the movies Strictly Ballroom and Lantana - on his epic and multi-award winning stage play When the Rain Stops Falling.

Dame Pat Evison, who died yesterday, talks in 2002 about her early years in television.

Ross Girven talks about appearing in the landmark New Zealand film Ngati, acting and directing the Queen musical We Will Rock You, and his latest role as the demon barber, Sweeny Todd.

Actor, writer, musician and Lonesome Buckwhip Gareth Williams (below), ahead of the premiere of his latest incarnation as a John Farnham obsessed man in the play Faux Real. 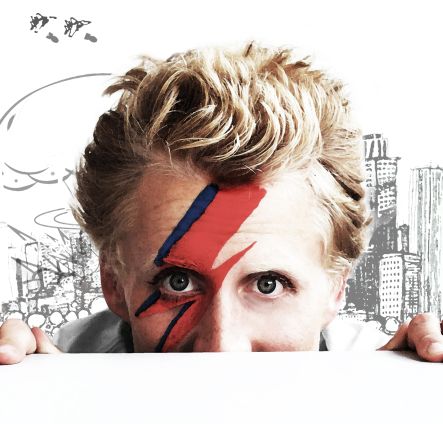 Pacific Island writer and artist John Pule on a book and exhibition documenting his paintings, and how words and images go hand in hand for him. 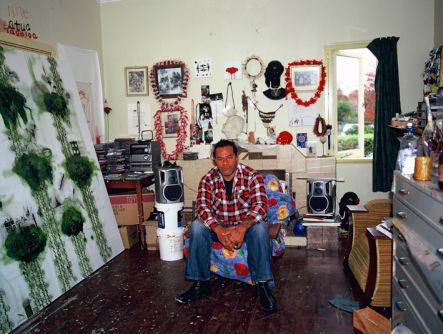 Our featured writer is Lee Gutkind, dubbed the Godfather of Creative Non Fiction, a genre plagued by writers who lie about telling the truth.

We take you back to 1950s Northland and an educational experiment which lead to an entire Maori art movement. You'll hear from young men who owe much of their achievements to the project leader Gordon Tovey….one of his first handpicked teachers, Bishop Muru Walters, and one of the first students to benefit from the scheme, Selwyn Muru.

The omnibus version of Nine To Noon's daily play. Skin Writing follows the lives the customers of the Underworld Tattoo Studio.