One of the local stars of the Labour Weekend Wellington Folk Festival, talks about taking guitar lessons with Ry Cooder, her own music and getting into the film business. 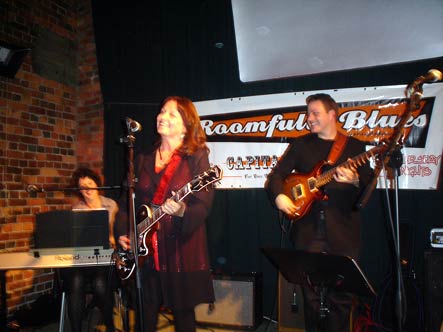 We look back at the 50 sometimes turbulent years of the Christchurch Symphony Orchestra. 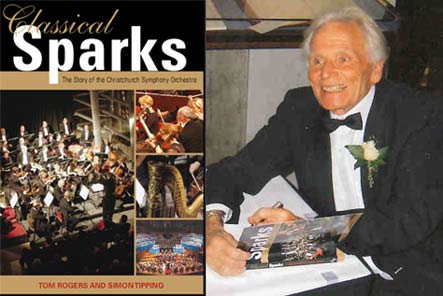 Simon Morris welcomes two big-budget films that aren't based on comic-books - The Duchess, starring Keira Knightley, and Body Of Lies, with Leonardo diCaprio and Russell Crowe. Plus an interview with the director of the low budget New Zealand feature Jinx Sister.

Elizabeth O'Connor reviews the SCAPE biennial of public art where 25 artworks have sprung up around Christchurch. Have a look at some of the exhibitions in our gallery.

Lucy Orbell visits two theatre productions in Wellington, where the sky really is the limit.

Pictured below: Astronauts Kip Chapman, Rachel Forman and Brad Knewstubb in the Stab season of Apollo 13. 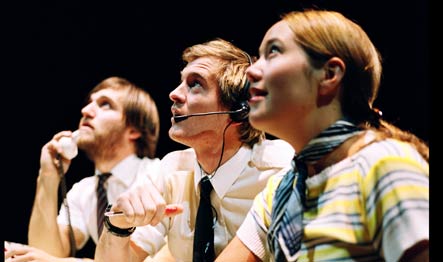 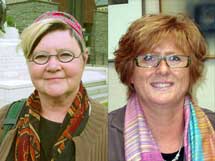 Two Belgian artists talk about their work in an exhibition about the experience of New Zealand soldiers in Belgium in the two World Wars.

Two of the Court Jesters, Jeff Clark and Kirsty Gillespie, talk about improvised comedy and the most influential comedians in their lives. 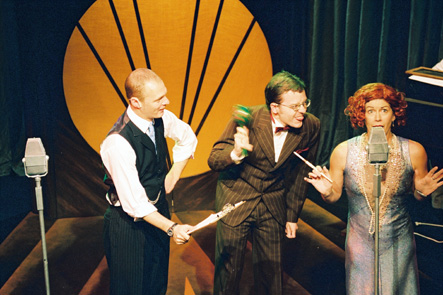 Graeme Lay discovers the writers and artists who went in search of Paradise in the colonial South Pacific, while Christchurch fantasy writer Helen Lowe breaks into the US market.

Ceramicist and stage designer John Parker talks about his new show and making ceramics for an Australasian museum in China. 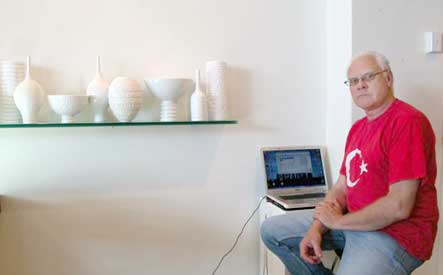 If you're into the sharemarket, October is not a good month. The equities historians will be writing about 2008 for many years to come. And already comparisons are being made with October 1929 and the start of the US sharemarket rout which precipitated the great depression. But today we're recalling 19th October , 1987 - just 21 years ago - and another sharemarket crash many in New Zealand still remember.