We visit Wellington artist Maddie Leach (pictured right) at a wind and sea blown Breaker Bay boatshed where she's working on her contribution to the One Day Sculpture project. 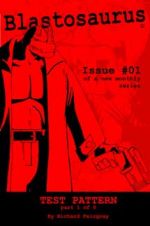 Richard Fairgray launches a monthly comic book here in New Zealand, seen as a substantial step forward for the New Zealand Comic Industry. We talk to Richard and to Shane Roberts who's the manager of the Graphic comic-book store in Wellington.

Simon Morris compares reality and fantasy. Fantasy is represented by the latest episode of Star Wars - The Clone Wars, and the brand new Wanted. Reality is covered by New Zealand film Apron Strings and a Danish-Czech co-production, Prague.

The National Youth Choir gets to reach its 30th anniversary next year after first losing its major sponsor then finding a knight in shining armour in the form of a community trust grant. We talk to Alan Walmsley, Chair of the Choirs Aotearoa New Zealand Trust, and to one of the singers, Laura Caygill. 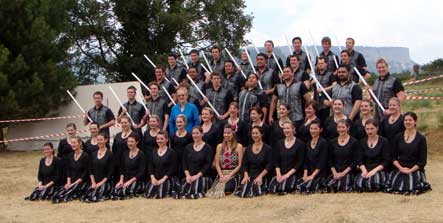 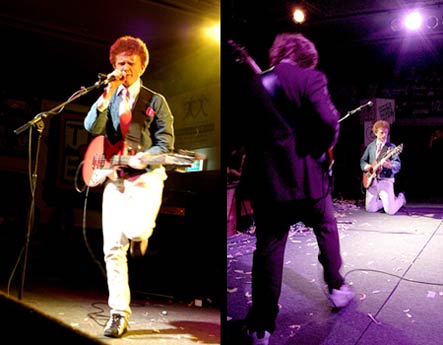 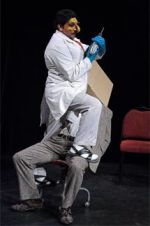 Jacob Rajan of the hugely successful and much loved theatre company Indian Ink, plays his comedy picks.
Pictured right: A scene from The Dentist's Chair.

2:20 Comedians at the Edinburgh Festival

BBC item from The Ticket.

Bernard Beckett (below left) publishes his first adult novel Acid Song - after winning awards for his young adult fiction - and we meet Janis Freegard (below right), one of the three poets AUP has profiled in AUP new poets Number 3.

Expat photographer Christine Webster is moving into moving images, so both stills and films feature in her new exhibition Le Dossier in Auckland. 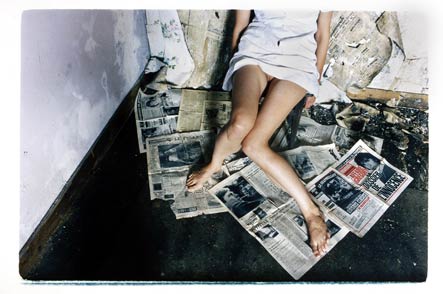 Our special live recording of actor Grant Tilly as a farmer with a passion for Rugby, reliving the glories of his days on an All Black supporters tour to South Africa.