OC-F4340 The New Zealand Field Artillery in France. Rifle Brigade on the march from Ngā Taonga on Vimeo.

Chris Bourke is the content director of AudioCulture.co.nz, and the author of the books Good-bye Maoriland: the Songs and Sounds of New Zealand’s Great War (AUP, 2010) and Blue Smoke: the Lost Dawn of New Zealand Popular Music 1918-1964 (AUP, 2017). He will be discussing New Zealand music in times of conflict. In 2015 RNZ Concert recorded 20 songs written by New Zealanders during the First World War. They can be listened to and downloaded at the Farewell Zealandia page. 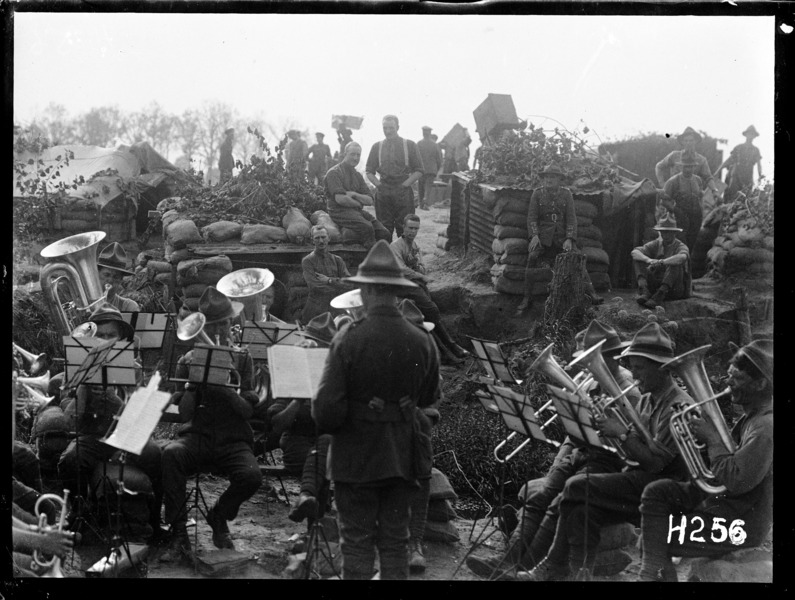 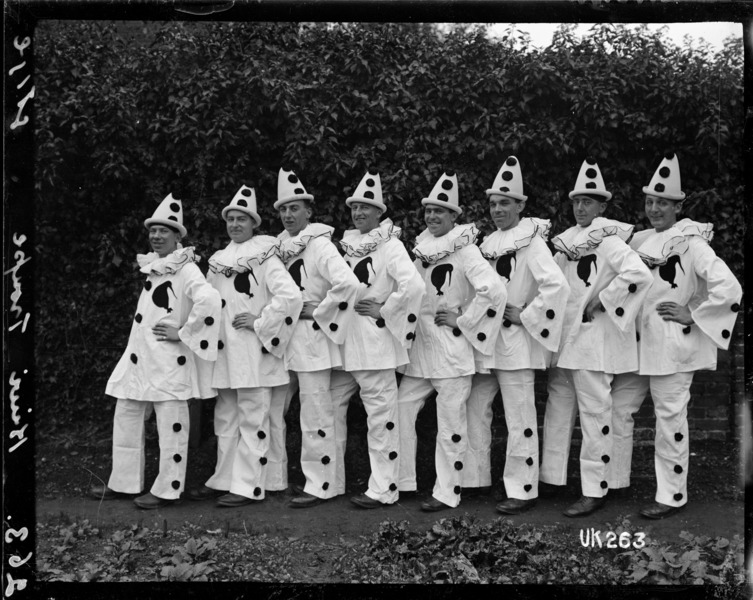 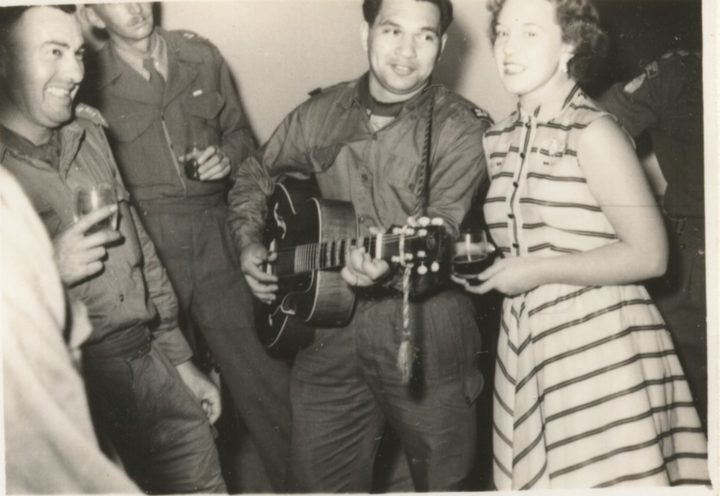 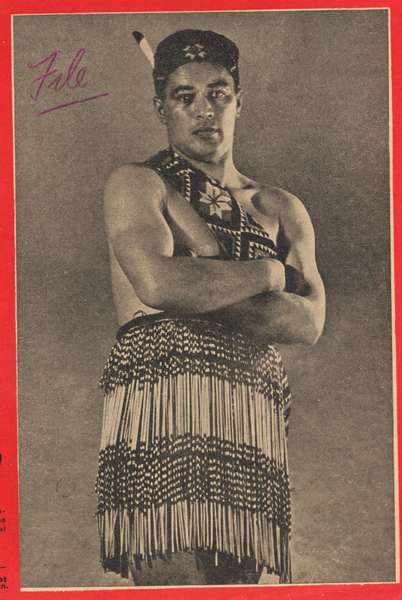 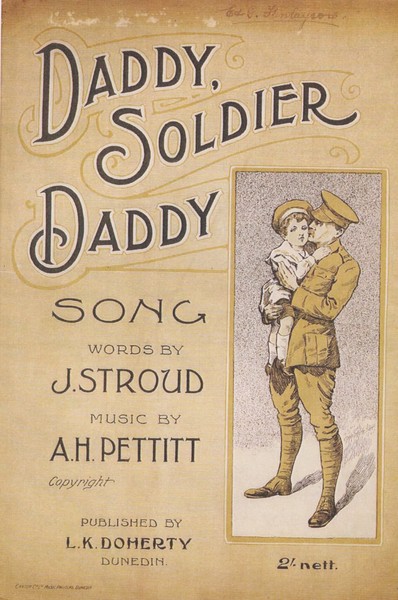 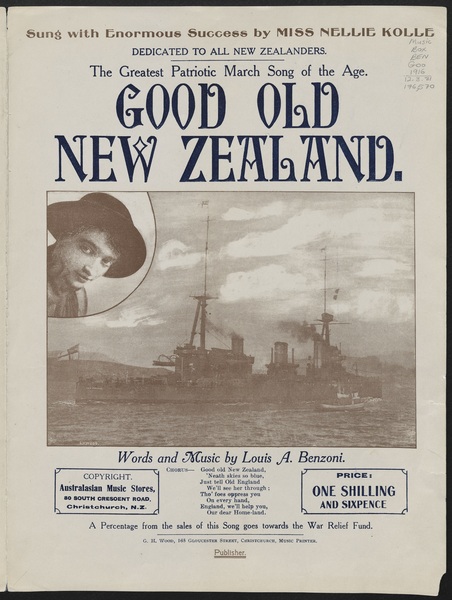 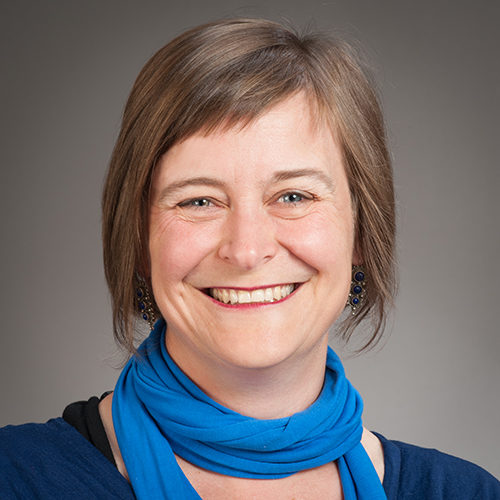 Adam Claasen is a senior lecturer in history at Massey University’s Albany campus. His book Fearless: the extraordinary untold story of New Zealand’s Great War airmen is a history of the 850 New Zealanders who were pioneers in military aviation (Massey University Press, 2017). 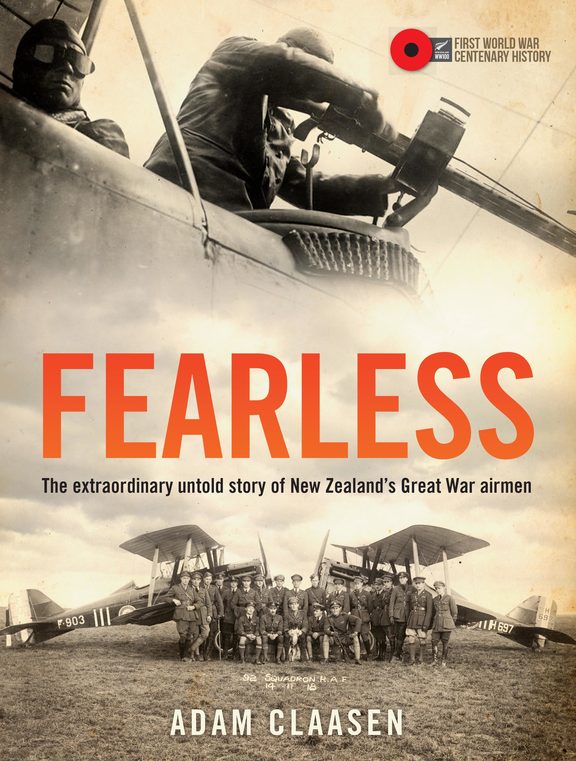 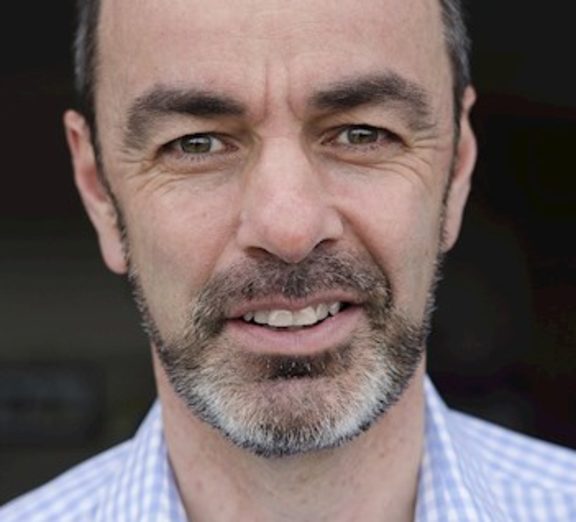 Jane Tolerton is a Wellington historian who has often written about the First World War. Her latest book is Make Her Praises Heard Afar: the Hidden History of New Zealand in World War One (Booklovers Press, 2017). She set up the World War One Oral History Archive, with Nicholas Boyack, and interviewed 85 veterans, co-edited In the Shadow of War with Boyack (Penguin, 1990), and wrote An Awfully Big Adventure: New Zealand World War One veterans tell their stories from the interviews (Penguin, 2013). Among her other books are Ettie Rout: New Zealand’s safer sex pioneer, about Rout’s war years (Penguin, 2015). 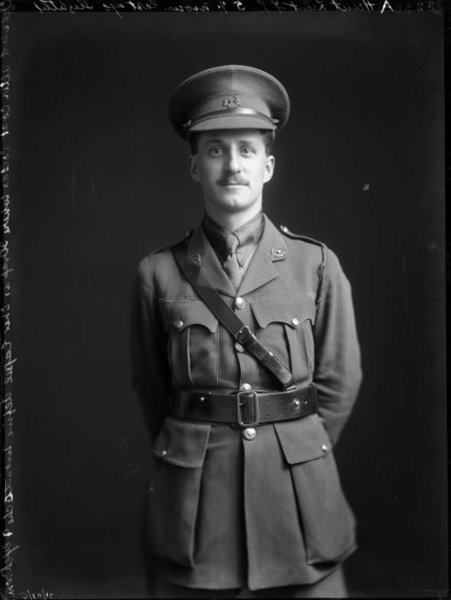 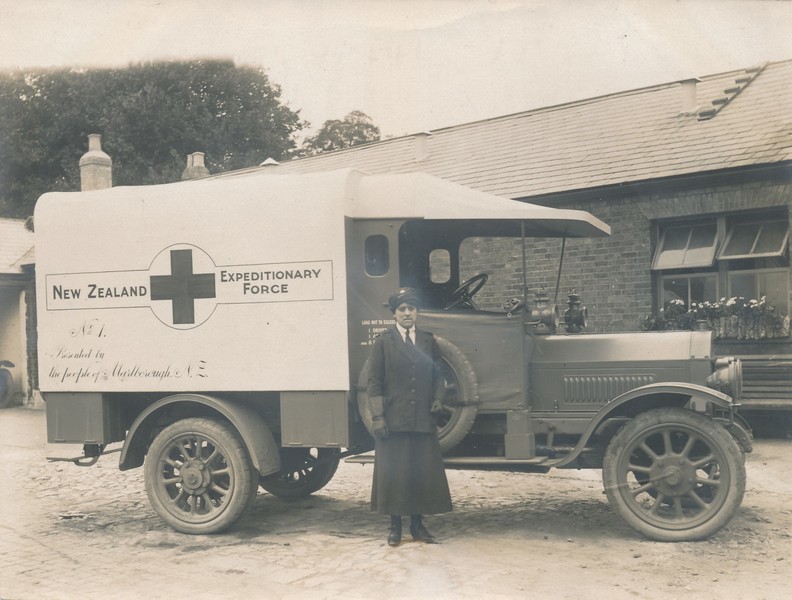 A Maori woman ambulance driver of the NZEF. The ambulance was funded by donations by the people of Marlborough. 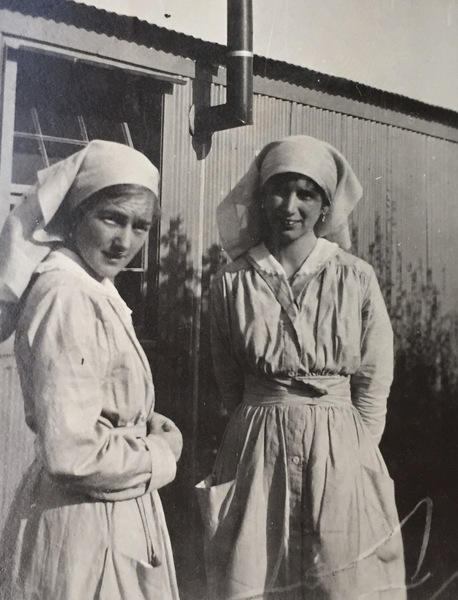 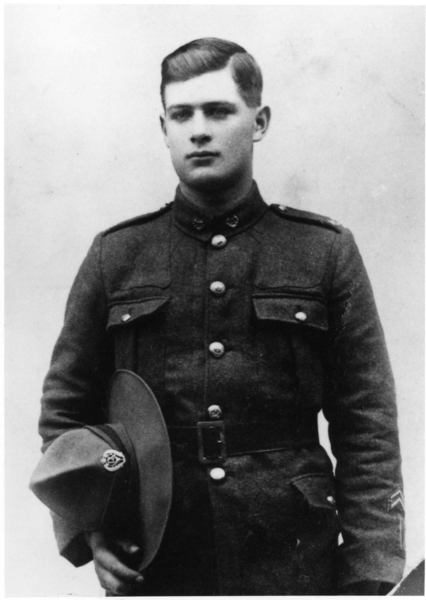 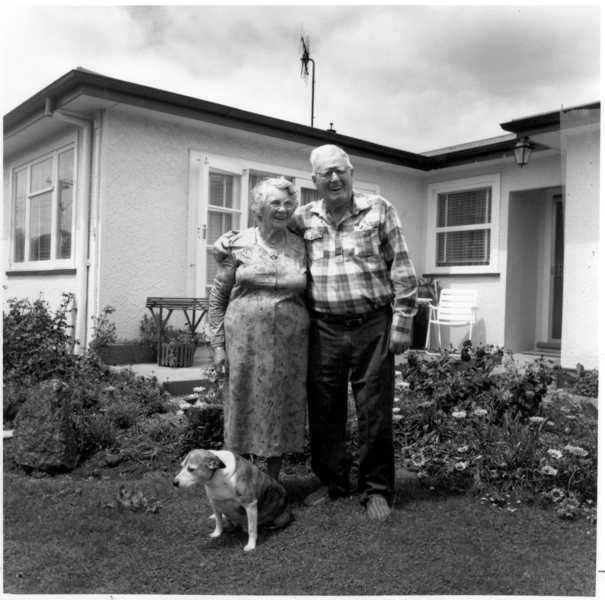 Sydney Stanfield with his wife Lorna in the 1980s. Stanfield was aged 15 when he joined up, and soon left for France, arriving just after the Somme battle in 1916. Photo: Alan Doak 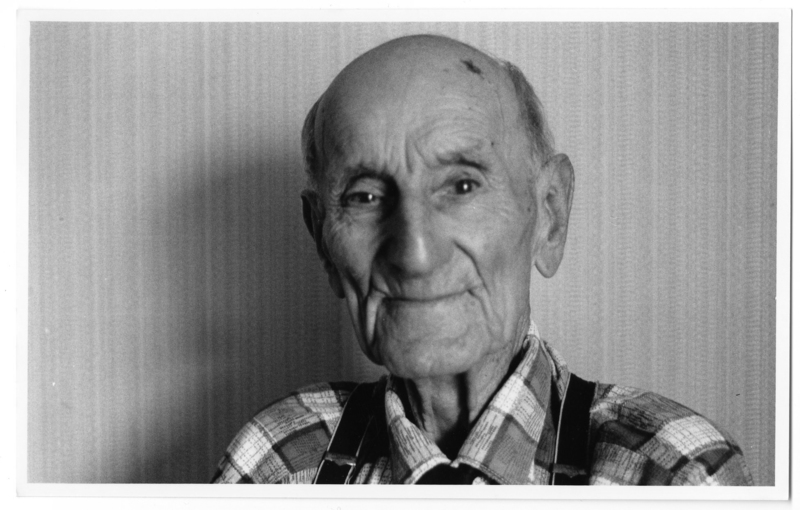 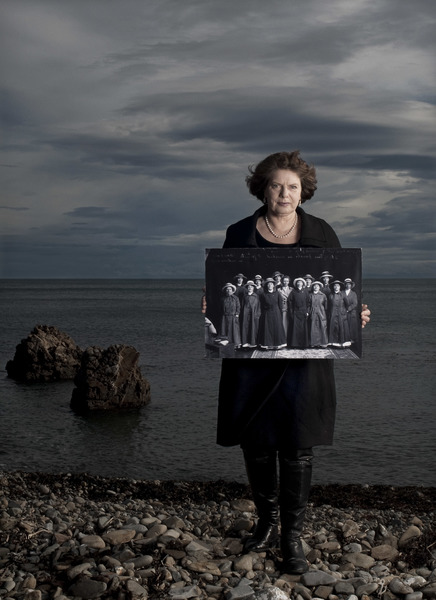 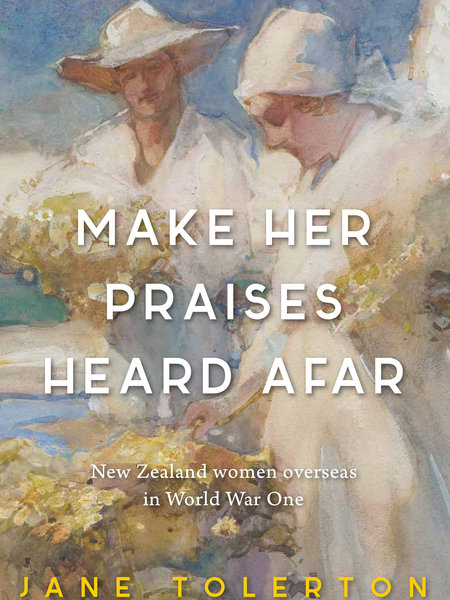 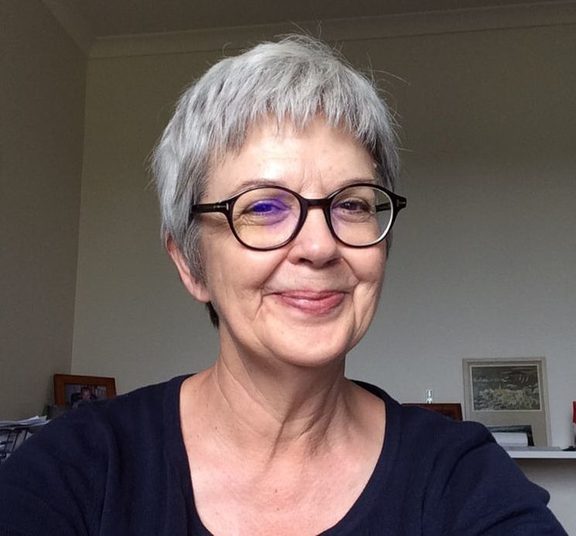 OC-F4310 Work of the NZ Medical Corps from Ngā Taonga on Vimeo.

The author of many books on New Zealand’s military history, Christopher Pugsley also has a deep interest in the country’s early film heritage. How the moving camera captured the experience of the NZEF during the First World War is a central part of his book The Camera in the Crowd: Filming New Zealand in Peace and War, 1895-1920 (Oratia Press, 2017). 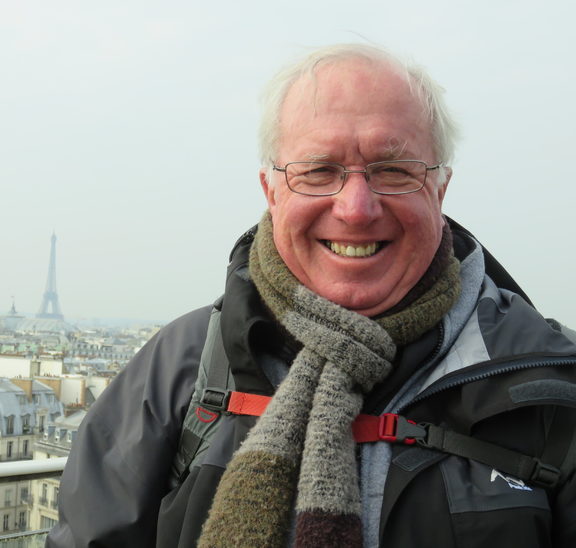 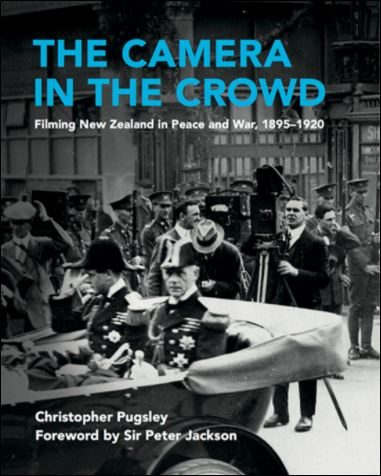 Alex Calder, an associate professor of English at the University of Auckland, edited for re-publication the classic 1963 memoir by Alexander Aitken,Gallipoli to the Somme: Recollections of a New Zealand Infantryman (AUP, 2018). Aitken was Dunedin mathematics student when he enlisted in 1915; his skill at mental arithmetic saved his life at the Somme. Throughout his service overseas he smuggled a violin in his kitbag, performing at Gallipoli and on the Western Front. After the war, he became internationally renowned as a mathematics genius. Short documentaries about Aitken and many others can be viewed at the NZ History website.

In 2016 RNZ Concert recorded the Dunedin Symphony Orchestra performing Gallipoli to the Somme,  Anthony Ritchie’s oratorio in tribute to Aitken. 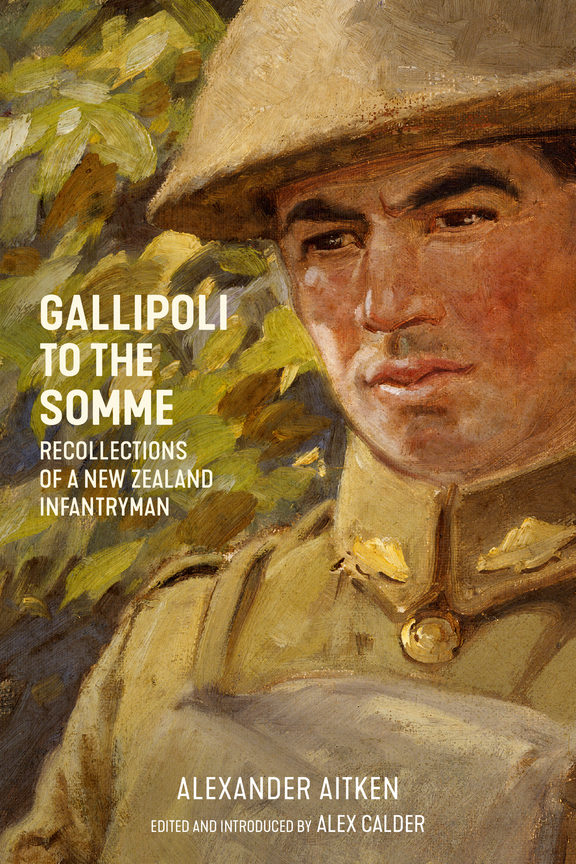 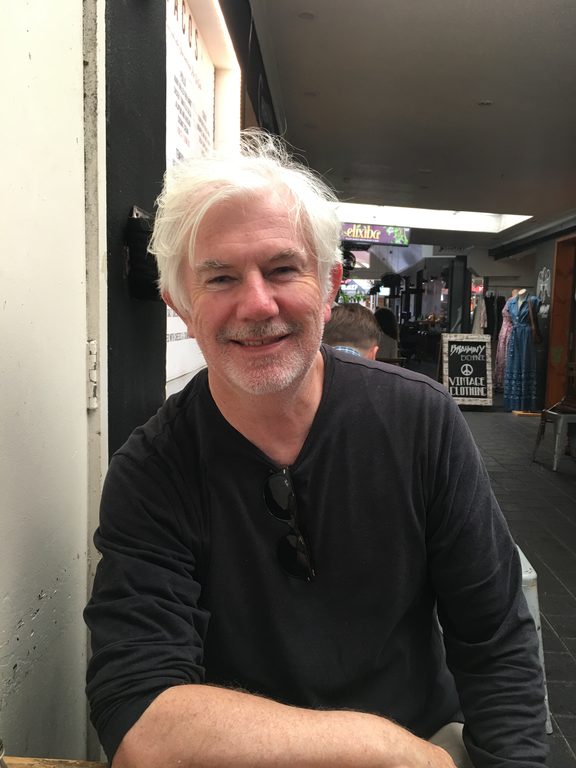 Thank you to Nga Taonga Sound & Vision and Jane Tolerton for archive audio. 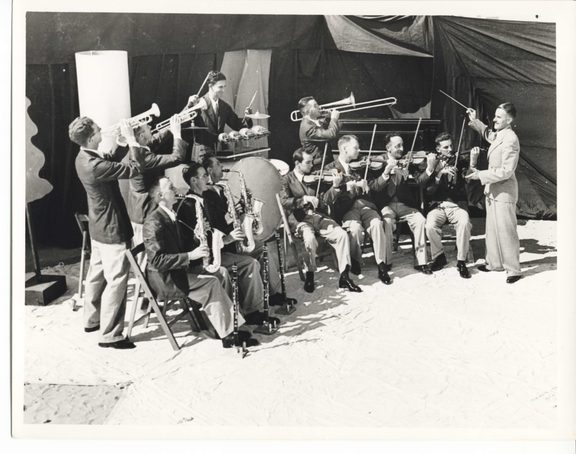 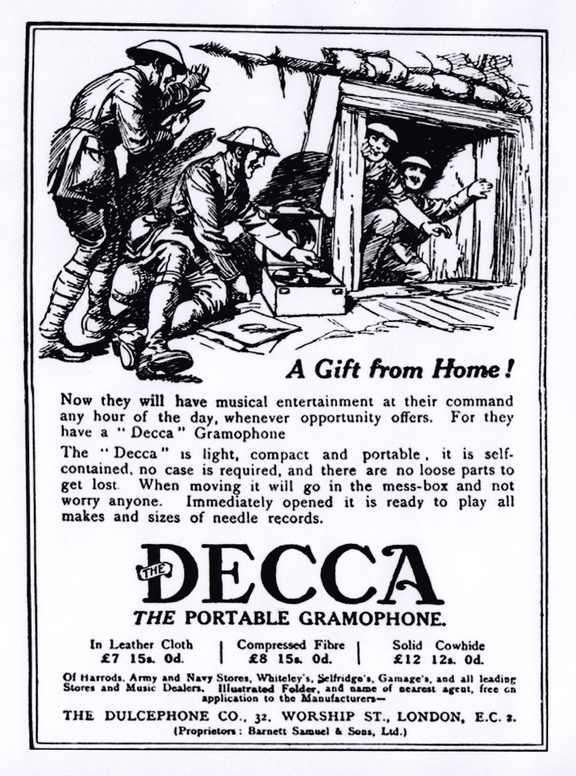