Bic Runga has won the silver scroll before, 21 years ago for 'Drive', her breakthrough song. Whether or not she wins in 2017, Bic says she's as proud of 'Close Your Eyes' as she is of anything else in her career.

"I’m really proud of this song, I mean I could probably name on one hand my favourite songs of my own and I regard this as one of them. It’s ‘Sway’, ‘Drive’, ‘Get Some Sleep’, ‘Bursting Through’ and this one, and they’ve spanned quite a big length of time, 21 years or so."

A cursory listen to the song gives the listener the impression that it's a celebration of along-term relationship, yet there are layers to the lyrics that imply something deeper.

“Close your eyes, God is everywhere at once”.

"It's meant to be kind of psychedelic I suppose even in message. But then it goes from that bold statement my sort of personal anxieties so it goes big and then it goes little.

"It’s that within/without sort of vibe and then it’s juxtaposed with very very personal troubled thoughts like worrying about how you look and why do I always feel wounded even though I’m in love."

"All these sort of personal, sort of pathetic things which are so the opposite of this grand idea that everything in the universe is all good."

The song came together on tour when Bic was considering doing covers of 'Tomorrow Never Knows' or 'Hazy Shade Of Winter'. The sound of those two sixties songs influenced structure of 'Close Your Eyes', but there was another song whose influence was just as powerful...

Listen to the other Silver Scroll 2017 Finalists dissect their songs 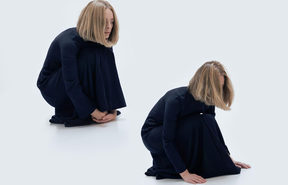 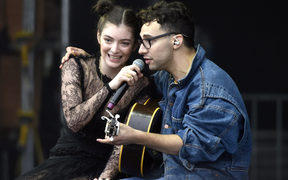 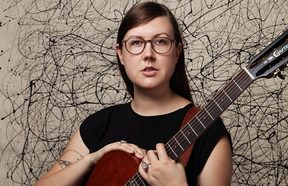 Recent stories from Anatomy of a Song