The lives of the Jack the Ripper victims explored

We know the name Jack the Ripper, and the legends about his crimes. But the lack of empathy or even interest the lives of the women he killed more than 130  years ago is an indictment of us and our society says historian and writer Hallie Rubenhold.

She tells the stories of  the 5 women murdered on the streets of London and reflects their appalling treatment in a new podcast, Bad Women: The Ripper Re-told.

Mary Jane Kelly, Mary Ann Nichols, Annie Chapman, Elizabeth Stride, and Catherine Eddowes are the names of the five known victims. If they don’t ring a bell, there’s a reason for that. 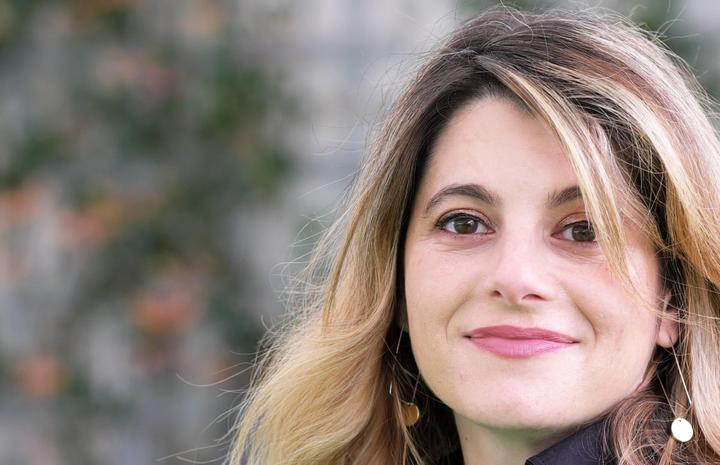 It’s a bad habit we have, Rubenhold tells Afternoons. We tell the tale of murderer and not the murdered.

“It’s not surprising at all really. We’ve been so invested in the story about Jack the Ripper and his identity that we haven’t ever really paid very much attention to who it was that he killed. These women are like footnotes in their own stories, they are like clues in a murder mystery where the main objective is to identify who the killer is, not to think about the people who he killed.”

Rubenhold says the victims tend to be written out of history and that deprives us of a very human story at the heart of the crimes.

“I think with these women there’s a kind of justice that can be delivered for these victims posthumously. We will never know who the killer was but we know who these women. The circle is closed, we have a sense of closure in appreciating them and understanding their stories.”

There’s a tendency to think of the poor in this era as a homogenous existence of misery but Rubenhold says the victims were all individuals with their own interests and lives.

“It isn’t the case at all, they all came from different backgrounds and had different experiences and their lives were very individual, as everybody’s life is unique and individual to them.”

Mary Ann (Polly) Nichols for instance was the daughter of a man who made printing presses and one of the first tenants of social housing in London. She discovered her husband having an affair with a neighbour and walked out on him.

“It was quite an extraordinary thing for a Victorian woman to do.”

Annie Chapman was the daughter of a trooper in the second lifeguard. She married a coachman and they lived a middle class lifestyle on the great estate of a gentlemen in Windsor.

Elizabeth Stride was originally from Sweden and was the daughter of a farmer. She came to London and married a carpenter and ran a coffee house.

Catherine Eddowes was the daughter of a union agitator from Wolverhampton in the midlands and went to a charity school when she lived in London which meant she had a better education than most working class girls.

“She strolled around with her common law husband, they never got married, and sold ballads, and she may have written ballads as well.”

Little is known about Mary Jane Kelly, the youngest of the five victims, apart from the fact that she worked in high class sex trade and lived very well.

It’s commonly thought that all victims were prostitutes but Rubenhold says that, apart from Mary Jane Kelly and Elizabeth Stride, there is very little compelling evidence to suggest the others were in the sex trade.

“Most of this is based on newspaper reports, which are based on hearsay. You have to rely on the actual documentation itself. Mary Jane Kelly is the only person who’s death certificate actually states her occupation as prostitute.”

There is documentation that Elizabeth Stride had been a sex worker in Sweden and may have briefly gone back to it after her husband died.

“But the others, we just don’t know. It’s a lot of hearsay and there a lots of different ways Victorians understood what a ‘prostitute’ was. A prostitute could mean a fallen woman, it could mean many things.”

Rubenhold says Victorians labelling the victims as prostitutes was a way of reinforcing their ideas about the way the world worked and whether the victims played a part in their own deaths.

“If you’re a ‘bad’ woman, you get what’s coming to you and this is reinforced in newspapers, it’s a trope that you see over and over again in Victorian literature and art and theatre and all of these things.”

People who studied Jack the Ripper are coined Ripperologists and Rubenhold says they’re not fans of her work at all.

“I’m persona non grata. I have shaken up the narrative and a lot of them have invested decades of their lives in researching Jack the Ripper and here I am, someone from outside their charmed little circle, coming along and telling them that they’re wrong. That went down like a led balloon, as you can imagine. They’re not happy.”

She says she wasn’t surprised some might bristle at her work, but she has been very surprised by the vitriol she’s received.

“I cannot believe how angry these people are. It started very early on where I was being trolled. Eight months before my book came out, I had Ripperologists saying I wasn’t allowed to tweet about my research, that they have to approve it. They can’t blame me if the whole world then laughed at them for saying that, it’s absurd.”

Following the book, Rubenhold’s current focus is working with the council to get a large mural of the five women painted in the Whitechapel/Spitalfields area.

“There’s a lot of appetite for it, there’s a lot of desire to have it. If you’ve been to Spitalfields and Whitechapel, it’s like a Jack the Ripper theme park, you have businesses named after him and constant tours.

‘What will be really nice is, right in the middle of the tour route, to have a mural of these women and their faces which would loom over the shoulders these guides and remind people that these were real people who were killed, they aren’t just bodies.”