On the East Coast of New Zealand, the first Kiwi business licensed to cultivate pharmaceutical-grade cannabis is trying to turn dope into hope.

Growing Dope is a six-part TV series that follows the founders of Rua Bioscience as they venture into the business of producing medical marijuana products as the first company founded by a Māori community to list on the New Zealand stock exchange. 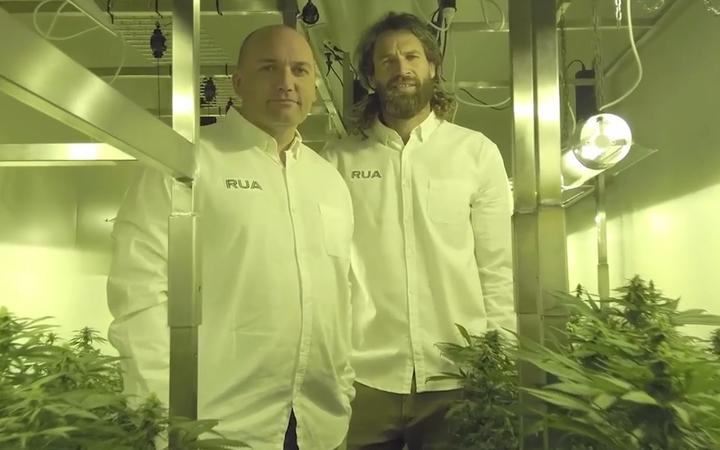 Co-founders Manu Caddie and Panapa Ehau have high hopes that the medicinal cannabis industry will bring jobs and mana to Ruatoria, they say.

Both had been away from their whenua and wanted to return and create something that would benefit whānau, they say.

“We started off with looking at native plants and particularly kānuka, manuka honey was pumping at that time and we looked at the oil from kānuka leaves and started some research there and that work is continuing,” Caddie told Jesse Mulligan.

Hemp then came up as a possibility, he says.

“Hemp was being grown in Gisborne and we knew that there was expertise in the Ruatoria community, East Coast is famous for supplying illicit cannabis to much of the country, so we knew the skills were there.”

The area has experienced a significant population decline, Ehau says.

“We’re a primary producer in the form of pinus radiata and sheep and beef, especially sheep and beef that's been the backbone in past eras.

“And now we've got a huge amount of pine, but the population of Tairāwhiti especially when you're up the coast, it's kind of at its lowest it's been for a long time.”

The plan from the outset was to create alternative employment opportunities, Ehau says.

Their initial research into kānuka put them on a low volume, high value path, Caddie says.

“And we looked at hemp and we saw in the cannabis space that there was a global movement towards legalisation of cannabis.

“And that that kind of fitted a pipeline that had already been kind of worked out through the kānuka.”

“I believe that controlling it through legal means is a much better option than leaving it to the illicit market to provide it.”

The company is running training courses, which have proved very popular.

“A big thing now that we focused on was how we can help people growing in the illicit market, grow legally, because there's a huge knowledge base and experience base, and they want to be growing legally.

Their course is in its fourth year now, Ehau says.

“Well over 100 students have come through and not just young people, there's been some pensioners that have done the course and and I'd say many of them have grown before and take great pride in their cultivation skills.

“It was really about learning how to grow within a commercial environment that's legal and regulated, which is quite different to growing in the bush and supplying the illicit market.”

For some, the transition is a perfect opportunity, he says.

“Some have come through, done the course and got jobs with us and just love being around the plants every day, and they're in their dream job.”

Being in an emerging industry has thrown up some problems, he says.

“It's a new industry and the government is getting their head around the whole process.

“It's taking longer than anyone would have expected but we're on track to have products pretty soon and there'll be some announcements to make soon.”