Screen fatigue: Tips for giving our eyes a rest

We’re probably spending more time in front of screens - be it the work computer, our laptop, phone or television – since the pandemic began.

SpecSavers optometrist Ian Russell shares some tips about what we can do to give our eyes a rest. 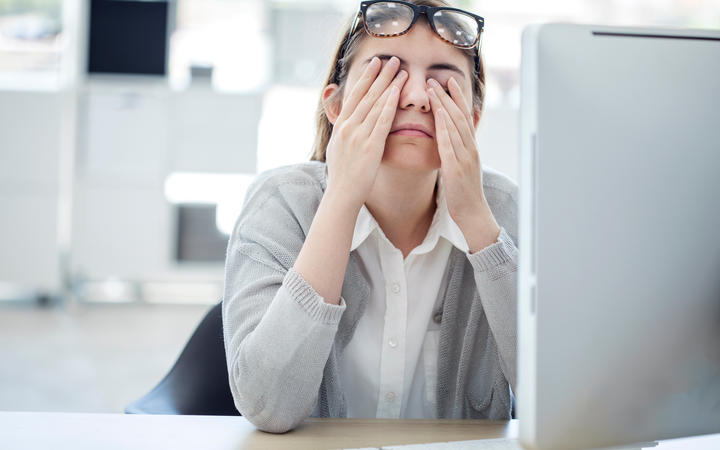 "The most common reason we're getting people coming in is talking about getting tired eyes, they're feeling like they're straining when they look at their computers.

"They're also actually talking about getting dry eyes, because one of the things we do when we're on computer screens is we don't blink very often.

"We're blinking the most when we're in a social environment and the least when we're staring at one fixed distance."

So, the first tip is to remember to blink, he says, and sometimes people like to put sticky note reminders on their screens with 'BLINK'.

"The other common thing I'm talking to people about is giving your eyes a rest.

"There's also a lot of lubricating eye drops you can use when your eyes are feeling dry ... [eye drops] actually makes them feel a lot more comfortable.

"The good news about eye drops is they don't have any side effects - they're not going to reduce the amount of tears you produce naturally. They're really just a top up."

It's good to have natural daylight coming into your room, he says, but sometimes you can end up with a glare form the window if you're sitting next to it.

"So actually having your computer screen slightly at right angle [to the window] if you can.

"Have the brightness of your computer screen at a comfortable level - and that comfort level varies from person to person."

Also if your screen is slightly below your eye level, it's a lot easier to look at than when it's above the eye level, he says.

"If you're able to adjust your desk so that the computer [monitor] is slightly down, it's a much more natural position to look at it."