What's for dinner: The tyranny of meal planning

One of the most dreaded questions in any family is probably 'what's for dinner?'. 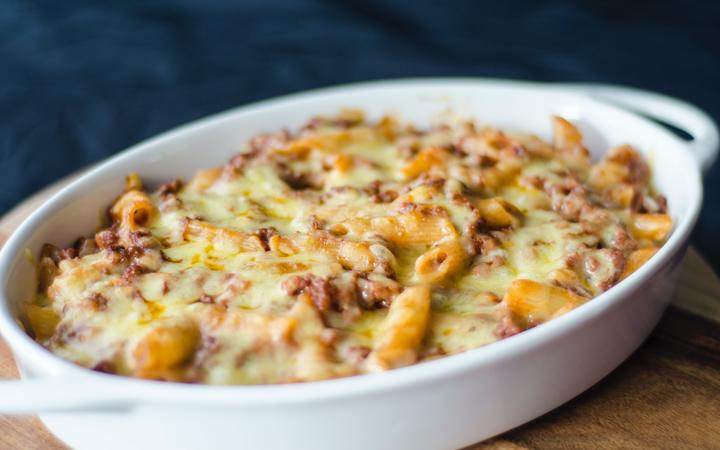 She tells Jesse Mulligan there’s a lot of invisible labour behind putting a meal on the table.

"It's me making a decision about what we're going to eat, which means factoring in where my younger child is in her ability to chew different types of food, and where my older child is with the food she's willing to eat in any given week, and my own preferences, and my husband's preferences and grocery shopping and all that.

"If you do have kids, you do have to feed them multiple times a day, it's an inescapable thing."

"I'm hoping that that means that men, who previously were not aware of the amount of labour that goes into this, had to witness it [during lockdown] and had to see their partners doing all of it.

"But I think when you reckon with the amount of burn out we are seeing from women right now, I don't think that happened to the extent it needed to happen and certainly not to the extent where it would prompt the larger structural changes we need to make to acknowledge this labour and make this labour more doable for families."

Studies on how meals are prepared show that the task disproportionately falls on women in heterosexual relationships, she says.

"Although, we often see that flip where the woman may be the one making up the list and the meal plan and the man is the one who runs the errand of going to the store and somehow that's the visible labour so that gets recognised as work, without acknowledging the fact that he's texting home like 'did you need milk?' or not even remembering the milk."

"And there are consequences when you talk about it, you come across as nagging, there's a lot of stigma against having the conversation."

Dividing up tasks for meal preparation isn't so difficult, she says, but it's more so about a partnership where adults can instinctively recognise what needs to be done.

"I think that it's hard for folks who are in the more traditional gender roles to say how do we get out of that partnership towards both of us seeing the work and anticipating the work, and not just one person assigning the other person tasks."

Despite this, Sole-Smith says she still meal plans because the pain of doing it once a week in advance saves her labour later.

"What I was doing in rebellion of this expectation that I meal plan, was that I was not doing it and then around 5pm when I had half an hour to make dinner, there was like a panic of what are going to do, and do we have the right things, and this kid needs help with homework, but I somehow also need to defrost something. It was just chaos.

"But it was something that I made very visible to my family, I showed them the app I was using, I made my kid go in and pick some stuff she liked, and made it more of a shared thing. So my husband would say 'do I need to take something out of the freezer this morning for what you're cooking later day?'"

There's also an idealistic rhetoric that everyone will gather around the dinner table for the sake of family. Sole-Smith pushes back against that.

"You can find maybe your work weeks are so crazy you can't sit down as a family to eat together, but do like a Saturday morning breakfast or weekend dinner together or maybe you've managed to do breakfast before people head out the door for the day and that's your time to connect and then things get busier as the day goes on."

We can also end up focusing too much on the type of food we serve and its nutrition, which may uphold the family against an unrealistic standard that is hard to attain and expensive, she says.

"When parents start thinking a lot about their kids' body size and about what they're feeding them as a way to manage their body size, we know from research that this causes all kinds of harm.

"Childhood dieting and restricted feeding practices are the number one risk factor for future eating disorders, they can make kids really anxious about foods, they can lead to all sorts of dieting experiments."

Sole-Smith learnt herself to let go of cultural expectations after her daughter, who was born with a rare condition, ended up on a feeding tube as a toddler.

Parents should focus on food as a source of connection rather than just nutrition, she says.

"Stop putting pressure on your kids to eat in a certain way. Stop counting bites, stop insisting that they have to finish the broccoli before they can have dessert, take a lot of that noise out of your family dinner experience and instead make peace with the fact that kids are going to be drawn to the more comforting foods and the tastier foods and over time you can expose them to other foods.

"You can trust that most kids are going to over time develop competent eating strategies without you having to overly interfere.

"Do whatever makes mealtime fun for you and worry much less about what you're eating, it means you'll be modelling a better relationship with food for your kids."