Devon Michael reflects on how he nearly became famous

A long time ago, in what feels like a galaxy far, far away, Devon Michael was a child actor chosen from a group of 3000 to audition for the part of young Anakin Skywalker, who would become Darth Vader in Star Wars Episode I: The Phantom Menace.

He was 9 years old when he went to Skywalker Ranch with two other finalists and did a screen test with Natalie Portman, but another child actor got the part.

What might have been changed his life. His "what if" is the subject of a new short documentary, Almost Famous: The Unchosen One.

Michael tells Jesse Mulligan that he fell in love with acting through his brother and among his roles, he played an abused child in an episode of ER, which starred George Clooney.

"The professionalism of a film set is something that I've never seen since I've been on a film set, everyone wants to be there, and every single person is good at what they do, so it's inspiring.

"Of course, there's always problems on set, there's always somebody that's having some kind of panic episode somewhere but for the most part, it's very positive work environment."

Then one day after school, his mother casually told him he was a finalist in the Star Wars audition.

"I memorised the movies, I could pretty much recite any of the original trilogy at that moment when I got into the car after school and found out I was going out to Star Wars," Michael says.

"[I] wasn't aware of the magnitude of how many kids were going out for these auditions, it looked like any normal audition room in my experience.

"Then eventually found out that in lieu of the final stage, which is usually going to the producers or meeting the directors in a room, this was 'okay we're going to go to George Lucas' ranch and have George direct you and the other finalists in a scene with Natalie Portman on Skywalker ranch'."

But he says he didn't view the two other finalists as his rivals, but rather his peers.

"It was me and two boys getting to go to Star Wars land together, it was absolutely magical for all us, we all knew Star Wars ... it was really good fun being with those guys."

And the director gave free rein for the children to act as they felt the character, with minimal direction given, he says.

"I also knew he [Anakin] was going to grow up to be Darth Vader and that to me meant being that kid who was a slave - which maybe meant something different to me than George - but somebody who had a really tough life, an emotional maturity that would come through even though he was just a child."

Although Michael eventually didn't get the part, he says one scene where Anakin farewells his mother made an impact on the crew in his audition.

"Getting out of the audition room, my mother looks at me and she says 'wow you know everybody in the room was really emotionally impacted by the time you left, some people looked like they were crying'.

"That was pretty special, especially when you're a little kid, being able to affect that kind of a reaction from a bunch of adults who work in cinema." 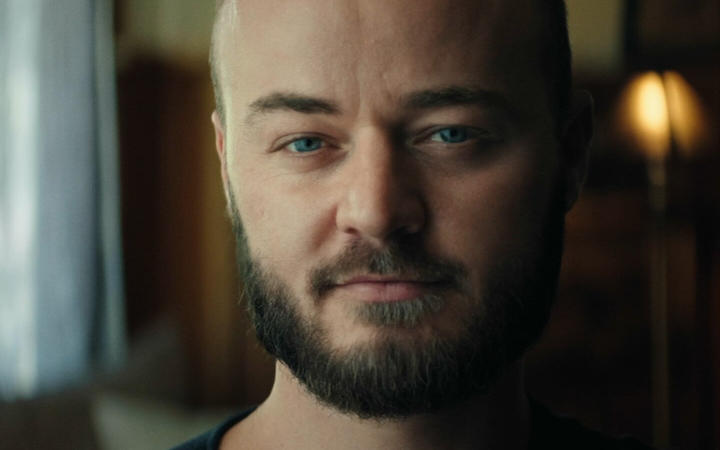 Jake Lloyd, who got the part, was a great young actor, Michael says.

"I believe - and this is very much speculation - George really knew exactly what he wanted, before we even showed up there. He knew how the boy looked and how the boy sounded in his mind, obviously as the storyteller that's kind of your job."

Being 9 years old and losing out on "the part of a lifetime" underscored our odd obsession with being the best, he says.

Some of the support that came from viewers who saw the behind the scenes footage of his audition tapes was encouraging, he says, but toxic fan culture that pitted one child against another was unsettling too.

"It's wonderful to have opinions, that's what entertainment is, it's being able to talk about it with your friends and dish and discuss, but if we're not thinking about it, it becomes carried away, telling a nine-year-old they're crap is not okay."

Jake Lloyd had a tough time, saying his "entire school life was a living hell" because of bullies and he quit the industry after a brief reappearance in 2001.

One of the reasons that Michael decided to quit acting was because he was often type cast as 'the abused kid', he says.

"I think there was a maturity that I had as a really young person, and I was a little blonde dimpled kid, right, but I could do that dark expression.

"When a grown man on set, like ER, has to pick you up and scream in your face, even though it's acting, it's still really real, really close up, that was a little bit of a weight, it was a little intense sometimes, even when you know it's a scene, you're still a kid.

"Not getting the Star Wars role was hard because I had been able to imagine myself being a part of that and it seemed to me at that age, I couldn't figure anything else that would even compare to it."

Now a freelance author based in Canada, Michael writes about art and has a fantasy novel under the title Hollo.

Asked to share his story in the Almost Famous documentary series, Michael says he initially didn't want to revisit his experience but seeing director Ben Proudfoot's storytelling convinced him.

"I like the choices I made and the experiences I've had. I tend to try not tell myself who I am, maybe that's what I mean, I don't what to be defined by the things that may or may not have been, I just simply try to tell the best stories I can."