Bringing male infertility into the open

Over the past 50 years, sperm counts have been declining but what isn’t increasing is our ability to talk about it.

Ben Ashwell wants to have honest conversations about male infertility, and he shares his experience in a magazine called Inverse.

When Ashwell and his wife couldn't get pregnant, what they discovered led him to question to his masculinity, existence and how much he and his wife really did want to have children. 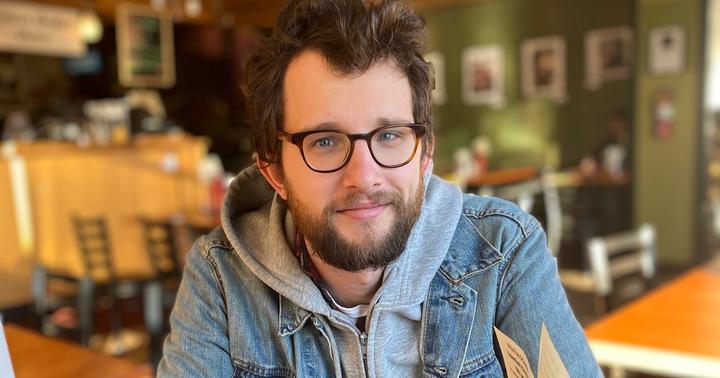 Ashwell says he and his wife spent the first few years together doing a long-distance relationship, before he moved to the US and they got married.

"We'd always been clear that we wanted to have children, but it felt too early for us, we got married quite young. Then about five years into our marriage, we started talking about it seriously.

"The thought of the fertility issue being on my side hadn't crossed my mind at all."

His wife then encouraged him to take a test once a few months had passed, he says.

"I really knew nothing about male fertility or infertility issues up until that point.

"It was quite an eye-opening experience when the test results came back and said that you have no sperm in your semen."

His diagnosis was congenital bilateral absence of the vas deferens. In some cases, people who are born with one kidney - as he was - get this condition, he says.

"In my case, we did subsequent testing and found out that I was producing sperm and it was a case of how to extract that surgically.

"But it was a journey that required multiple and multiple doctors' appointments, tests of all kinds, and throughout it, I was really kind of struggling to verbalise how I was feeling about things. It put a significant strain on our relationship ... I felt very isolated."

The diagnosis plunged him into an existential crisis, he says.

"I found myself looking at the world in an incredibly narrow way, it was like a fog descended and I was overcome with this notion that the meaning of life is to perpetuate life and if you look at the natural world that's what everything is trying to do.

"I can assure you that's not my traditional world view because that's a very reductive world view... but in the aftermath, it felt like a universal truth and the fact I couldn't conceive naturally made me question who I was and why I was here.

"I felt like I didn't compare to society's definition of a man, I felt like I couldn't stand up to that, I think a large part of that is because we don't discuss male fertility openly ... It felt very taboo."

For a while, he says he struggled to even talk to his wife about it because his thoughts at the time were so different to how they had viewed the world.

"I just took time, I really shrunk into myself, I think I ran too much, worked too much, I drank too much. I was living a life of abundance just to try and not process what was going on.

"It took me several months to try and find the vocabulary to discuss this. We felt this distance growing between us and we knew it was happening, but we didn't how to resolve it."

Then a ray of hope came when they learnt there was an option to have a surgery to extract the sperm for IVF treatment, he says.

Up until then, he was very discreet about his surgery but once he decided to open up, his friend told him of someone he knew who underwent the same procedure.

"They put me in touch with this friend of a friend, I spoke to them on the phone and we found that our experiences, our emotional reactions were almost identical. I think that will go down as the one of the most special conversations in my life.

"It just felt so validating to know that I wasn't alone, and that what I felt was a natural reaction and that it was something that someone else had lived through. I found myself trembling through parts of that conversation."

Part of Ashwell telling his story now is so that people can hear nuanced discussions about male infertility, he says.

"There are a lot of men who face challenges for much longer than I have.

"I've continued that dialogue online through Facebook groups and Reddit groups with other men who've had other diagnosis and have felt very similarly, and what I've learned is that this is a very natural thing to feel completely rudderless in the wake of a diagnosis."

He and his wife continued with the IVF process and she is now pregnant, he says.

"In the context of this discussion, I do want to make it clear that this isn't the resolution for everyone.

"I've talked to many people for whom these challenges last for much longer and so I'm very mindful of discussing our positive result in the context of the broader discussion of male fertility."

Through learning more about male infertility, he says he was caught off guard by how prevalent it is - with 1 percent of all men and 10 percent of men with fertility issues experiencing absence of sperm.

"I feel there's an imbalance in terms of how talk about fertility and I think it is to some extent a little bit sexist that we focus largely on the female fertility side when in actual fact, the spread of fertility issues are quite even between male, female and some combination of both."