Broadcaster Toni Street has laid bare the heartbreak she and her family have endured from her childhood through to her own debilitating illness.

She has written a memoir, Lost and Found: My story of heartbreak and hope, about the death of three of her siblings when she was younger and navigating surrogacy to have her third child after her auto immune disease meant she could no longer get pregnant. 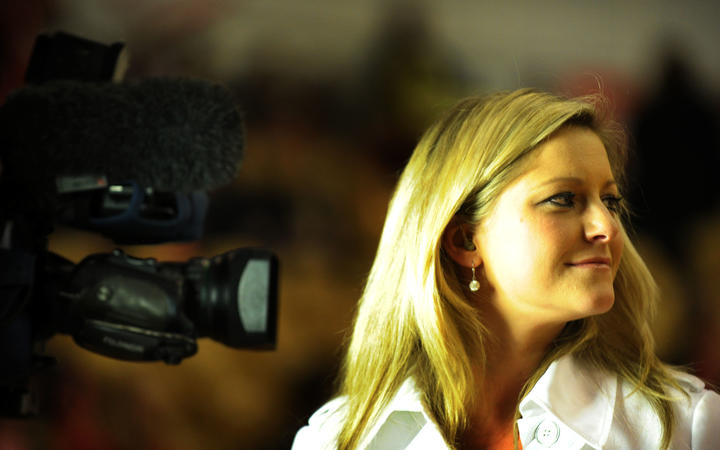 Street tells Jesse Mulligan her parents' life was scarred with grief, but she says they've been incredibly lucky that their tight bond got them through it as a family.

"One thing I actually don't touch on in the book is the fact that when my brother died, and he was the third child to die, he was the one that I obviously felt a lot because I was 18 when he died at 14 in a quad bike accident on our farm.

"My 62-year-old nana, who was like a second mum to me because she was the one that cared for me when my twin brother Lance was going through leukemia and mum and dad were away for his treatment, she died.

"The year before, my brother Stephen died, so the one person who could have been really, really helpful and comforting to my mother, she dropped dead of a heart attack at 62 out of nowhere.

"I think at times when you're grieving, you look to the closest people. And if you don't have that tight knit foundation to start with, I think it is pretty hard to get through it. And we were lucky, we have a very, very close family."

While she hadn't intended for the book to be a memoir, it naturally turned out that way from wanting to talk about surrogacy, she says.

"To talk about surrogacy properly and with any real depth, I had to talk about why I needed a surrogate.

"The reason I needed a surrogate is because I have this autoimmune condition [in] which basically my body flips out when I give birth.

"My parents were very, very instrumental in that time.

Writing and talking about her grief as well as her Churg-Strauss syndrome diagnosis was emotionally exhausting, Street says.

"It got to the point where I was passing out [after the birth of her second child] and it was extreme. I was curled over in pain I couldn't eat. I could hardly pick up my own baby. I ended up in hospital for a good few weeks.

"It was a complete mystery, all they knew was something was going terribly wrong and I was in organ failure. I had streaking on my bowel. I had to have my gallbladder out. I had nasal polyp surgery and it took for this incredible gastroenterologist and I name him, because he really did save my life, Doctor Ali Jafer [to get the diagnosis]."

Although she began to receive treatment, there was no change in her blood test results and she says she even lost the will to live on at one point.

"I didn't want to hold my kids I struggled to even look my husband in the eye because I was losing the fight to just get up every day and because I knew it would be the same.

"Every day was just hideous. I didn't want to go outside and anyone that rung I'd have a couple of words and then I'd have to get off the phone because I just couldn't keep it together."

Throughout all this, what weighed on Street's mind was the fact that her surrogate best friend was pregnant with her third child at the time.

"I was so desperate to get well and the last thing I wanted to be was more of a burden on this amazing woman that had agreed to carry our child for us.

"She came up from New Plymouth, and we just sat and cried together because the situation was just so ridiculous and so hopeless.

"But at eight weeks [into treatment], things turned around and ... as soon as I saw my blood [bilirubin levels] starting to decrease, I was just full of hope again and my mental state changed and I knew that we were on the road to recovery and after that I haven't looked back."

Street says she wanted to write about her surrogacy journey because this country needs it.

"When we embarked on the surrogacy journey with my best friend ... there was literally only one book I could find about [surrogacy in New Zealand].

"So I knew that there was a real need for it because since my story became public, I have people every single week messaging me saying 'how do I find a surrogate? How was the process?'"

She's also been involved in submitting feedback on a proposed bill on surrogacy arrangements, which she believes currently needs an overhaul.