In the early 1990s, TV3's late-night news show Nightline was like nothing we'd ever seen on New Zealand television. 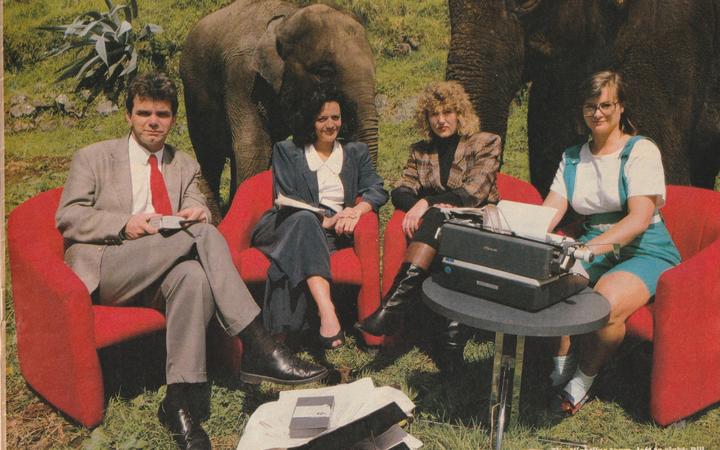 At the time, TV3 had run out of money and the team felt without job security they may as well go out and have fun.

"I think that's the thing that came through in that programme - everyone working on it had a hell of a good time." 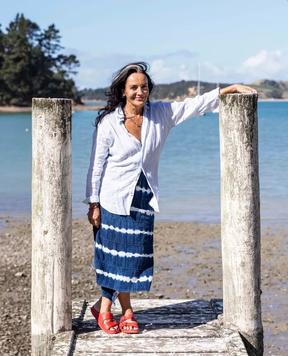 Joanna Paul, who is now a script consultant and painter, concurs.

"Being at the bottom of the heap you get these creative juices flowing and you can do things that the mainstream at the time, TV1 and TV2, certainly wouldn't have touched with a barge pole.

"Nightline was nothing that had come before… the nineties were very different from the oughties and even the eighties, you know?"

On Nightline, Paul played "the straight one" in a double act with flamboyant presenter Belinda Todd.

Paul praises TV3 for having the guts to put two women on television at the time yet it was very difficult being the butt of Todd's jokes, which included once getting maple syrup poured over her head on-air without any warning.

"I would often have a very difficult time trying to stay like some sort of sturdy foundation of sensibility when I'm sitting there."

Paul says she was sometimes horrified by Todd's un-PC content ideas - and occasionally walked off and refused to read the news.

"[Belinda] was a forced to be reckoned with… stuff that made your eyes water sometimes.

"It's true for all of my life, the two things I've been most concerned about have been women and Māori. She would sometimes trample the hell out of those two and it would make for some pretty fiery arguments." 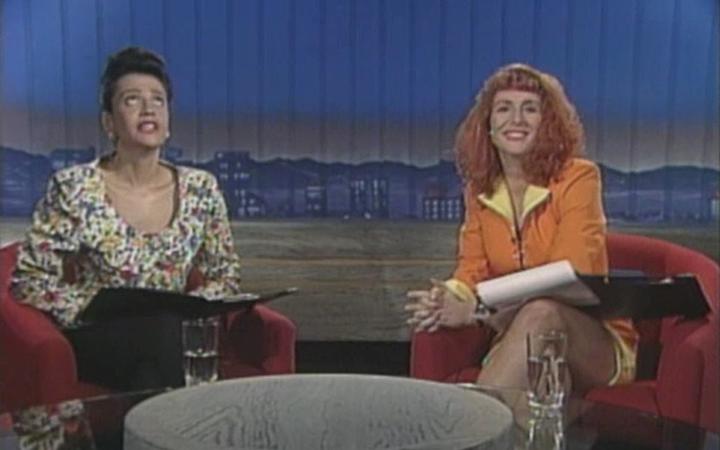 "Yo Nightliners" was the phrase Bill Ralston used to introduce his twice-weekly political segment on Nightline, partly because he felt like he was addressing a youthful audience.

"I figured the audience has got to be younger if they're up at 10:30… And probably about 10:50 by the time they saw what I was doing. So I just decided to do crazier and crazier stuff and it got a bit of an audience, or a following, anyway." 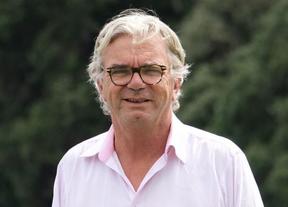 Ralston's pieces included glimpses of politicians which he says weren't included in news bulletins at the time - such as former prime minister Jim Bolger's ever-shifting accent.

"If [Jim] Bolger had a strange French accent you would normally try and cut around that in the six o'clock news whereas it worked perfectly on Nightline.

"He could make some incredible blunders which we all politely didn't use in our mainstream news bulletins but later on at night you could have a lot of fun."