A new way of harvesting asparagus could be a game changer for growers keen to take advantage of the seasonal boom.

In a world-first, an autonomous robotic harvester is in development thanks to work done by University of Waikato researchers and Robotics Plus.

Robotics Plus chief executive and co-founder Steve Saunders tells Jesse Mulligan this robot will be beneficial for an industry facing labour and export problems. 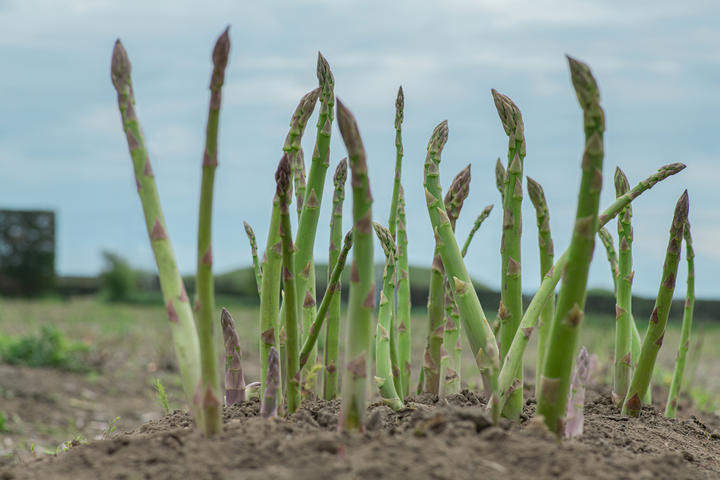 "The average asparagus harvester walks 10 kilometres per day, so it's extremely difficult to attract people to do the work," Saunders says.

"Also the margins and profits for asparagus farming are quite low. The export market has reduced over the years due to global competition.

"When all the asparagus growers in New Zealand are harvesting and the returns at the peak of the crop are quite low, they continue to have to harvest even at a loss because if they don't have the labour carrying on working then they lose that labour."

It's a high value proposition that involves a bigger scale than just creating 50 machines for industry, he says.

"The opportunity is not only do we solve some of our asparagus growers' challenges with labour, but we also create agri-tech export opportunities which benefit New Zealand and the taxpayer as well."

Asparagus season hits its peak in October and November, and that small window is one of the challenges in developing this prototype, Saunders says.

"You're dealing with mother nature, it's not like a robot in a factory ... you're taking a robot into a field, you've got dirt, rain, wind, light, you've got all these complex environmental challenges you have to deal with.

"Then on top of that, you're bringing in lots of different technologies, from camera vision systems, you've got the AI machine learning, you've got the autonomy of the vehicle, you've got how to handle the spare, you've got to create a robotic manipulator that's flexible like a human hand."

Two years ago, the first prototype was demonstrated in California.

Another developed version last year gave growers confidence in the possibility of the robot coming to fruition, Saunders says.

"You have to be investing ahead of the curve. At the moment, we can get by with labour, but as more horticulture volume is being planted in New Zealand, that hurdle is getting higher and higher.

"If we're not investing in these technologies for the future now, in three or four to five years' time, a lot of these industries are really going to struggle."

The programme of work is also being supported by the government and New Zealand Asparagus Council. They aim to deliver a commercial machine by the end of the next four years.