Tik Tok Doc on her move down under

Dr Danielle Jones is known online as the Mama Doctor to her millions of followers on Tik Tok, Twitter and other social media.

She’ll be coming over soon from Texas to become the Invercargill doctor who delivers babies at Southland Hospital.

The social media influencer, who posts about women’s health, is not afraid to voice her thoughts on the state of maternity care in the United States. 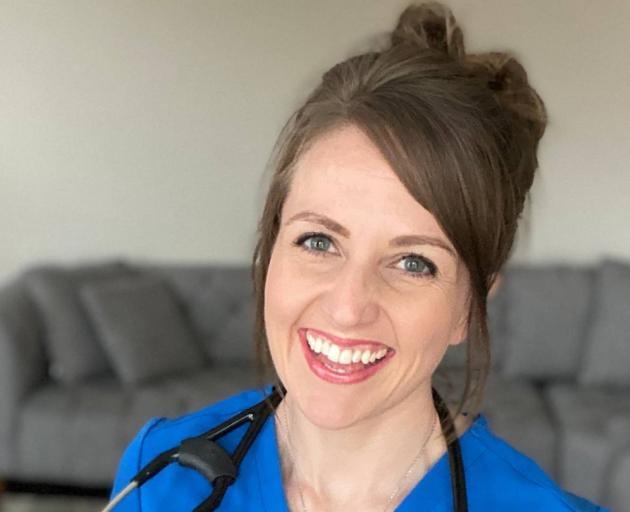 The recent ban on abortion in Texas from as early as six weeks into pregnancy is a step backwards for the state, Dr Jones says.

"It was already difficult here, about 43 percent of Texans lived in a county where they couldn't access abortion to begin with and then this [law is] going into effect, with really no exceptions unless there's an obvious emergency threatening the mother's life."

She says having grown up in Texas, she can understand how people become indoctrinated into a certain view.

"I feel like that's one of the reasons I was able to start feeling comfortable talking about these things on the internet is because I want to approach them in a way that maybe would have spoken to me when I was still deep in that doctrinarian.

"It's so hard, and it's hard to separate how you feel from the realities of laws like this are, but it's so important that people look at what happens when we make bans like this."

She started blogging when she was in medical school to document her experiences and took on videos from about 2017.

"I feel like there's a lot more negative players who spread purposely bad information, people who have figured out there's money to be gained in fear-mongering, so I feel like the job has gotten much more difficult."

While fellow medical professionals were at first hesitant about her social media work, they now see the benefit, she says.

"I think the bad tends to be loud and they get a lot of attention because they have really inflammatory ways of sharing their information, but I would say overall, good information does outweigh the bad.

Reading people's stories online has also taught her how to be a better listener to her patients, she says.

"On top of that, it certainly provides a lot of information people are not getting from the very traditionally paternalistic field of medicine.

"So hopefully those of us who are there and are saying, it's okay to switch your doctor if you feel like you're not being listened to, find somebody else, and all of these types of things, hopefully that will get out to the people that need it.

"Listening to patients stories online, specifically in the area of pregnancy loss, was one of the first things that really showed me the value of being online as a physician because I could hear them talk about things people said or ways people acted that made their worst day worse.

"I decided at that point that there may things that happen in my clinical space that I can't make better but ... I want to never ever be the doctor who makes their day worse."

There's also been a lot of talk about the Covid-19 vaccine among pregnant women, and Dr Jones says she's been spreading awareness the data shows it's safe and efficacious.

"The second thing people always want to know is what's the optimal time to be vaccinated.

"This is going to vary, especially when we're discussing a low incidence place, like New Zealand compared to the United States, where you're very likely to be exposed on a daily basis if you're doing anything outside your house."

She encourages pregnant women to talk to their doctors for advice on what time would be best to get vaccinated.

Now with Dr Jones' move to New Zealand in sight, she says she's excited to be working at the top of her scope and to see the differences.

"We started applying for jobs [in New Zealand] at probably the worst possible time but I feel very lucky to have had a job opening.

"The people at Southland Hospital that I interviewed with have been absolutely wonderful and welcoming and very supportive in what I do in media so we're really excited.

"I'm a big proponent of midwifery-led care and I'm thrilled to be able to work alongside midwives [in New Zealand] ... I think that's something that honestly the US should do much better at incorporating safe midwifery care into our maternity system."