After a tip-off from RNZ newsreader Marama T-Pole, Auckland staff working through lockdown were shouted a special Pasifika-inspired feast from Gias Grab&Go this week. 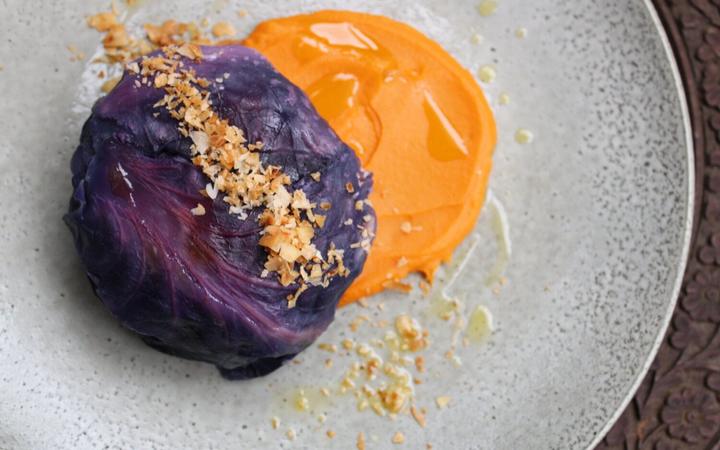 Gia's food is made by Tongan-born chef Ana Mailei Savio and her Italian husband Adriano Savio and borrows from Pasifika and Italian cuisine.

After working as a chef in Italy for three years, Ana was impressed by how proud Italians were of their culture and food. Returning to New Zealand after a long stint overseas, she was surprised Pasifika food still had not entered mainstream New Zealand.

Maori and Pasifika food is often found either in fine dining restaurants or as takeaway street food in South Auckland but there was really nothing in between, Ana says.

Gia's sits somewhere in the middle, with pasta, salads, burgers, a vegan palusami made with local red cabbage (rather than imported taro leaves) and stuffed with capers and cauliflower and vegan desserts. All meals are allergy-friendly and dairy-free. 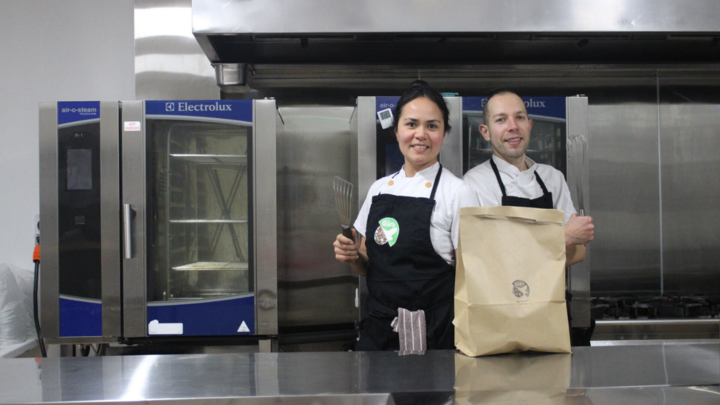 Ana developed Gia's Grab&Go so she and Adriano could have more work-life balance and time at home together with their daughter Gianna (the restaurant's namesake).

People are still getting used to Pasifika food presented in their way, she says, and business has been up and down this year.

Discovering during Auckland's first lockdown last year that Gia's could operate safely under level 4 restrictions was a help.

"We're going alright, our rent is pretty high. We're still chipping away and trying to get the word out there."

During Level 4, on Wednesdays and Fridays, Gia's Grab&Go​ offers free contactless delivery within 15 km of their location - 123 A Captain Springs Road, Onehunga. (There is a minimum of $60 per delivery order.)